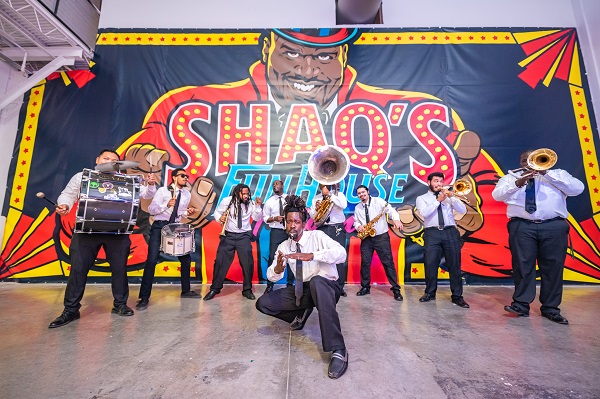 New York, New York (January 28, 2021) – The biggest Sunday in sports just got SHAQ sized – Shaquille O’Neal is set to bring his unrivaled game-day energy to millions of living rooms with the ultimate Big Game Sunday Kick-Off Show: Mercari Presents The SHAQ Bowl. Broadcasting live from Tampa, FL in a custom-built SHAQ Bowl stadium, the all-new event will feature professional athletes, celebrities, and A-list stars across two teams competing in fun, viral challenges to win the first-ever SHAQ Bowl Trophy. The live three hour special begins Sunday, February 7, at 3:00 PM ET and is available for free on Facebook (@SHAQ) and via SHAQBowl.com. Additionally, it will be simulcasted by LiveXLive across 20+ other platforms including: LiveXLive, YouTube, Twitch, TikTok, Twitter and more. 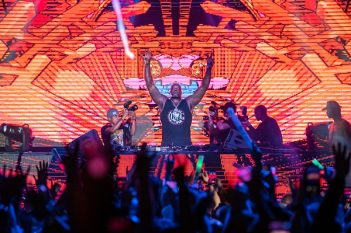 “The Big Game looks pretty different than it has in years past. With no in-person events, I decided to team up with Mercari to create The SHAQ Bowl and connect fans across America on the biggest Sunday in sports,” said Shaquille O’Neal. “We’ve got celebrity fueled viral challenges, plus a superstar musical line-up for our Halftime Show. Be prepared for the most exciting and action-packed kickoff event ever!”

Known as the Big Game Weekend’s most in-demand and buzzed-about event, Shaq’s Fun House returns as The SHAQ Bowl. Hosted by Hall of Famer Terrell Owens, 4x Pro-Bowler Chad “Ochocinco” Johnson, and Sarah Walsh, featuring an unrivaled slate of celebrity guests, SHAQ is inviting America to join him for the biggest kickoff event of all-time.

The Corona® brand is bringing beach vibes and game-day excitement to fans at home as The Official Beer and Hard Seltzer of The SHAQ Bowl. Papa John’s® is serving up its all-new Epic Stuffed Crust featuring an epic performance from Bryson Tiller presented by Papa John’s. Fans at home will do what moves them and enjoy a BACARDÍ Coco Conga – The Official Cocktail of The SHAQ Bowl.