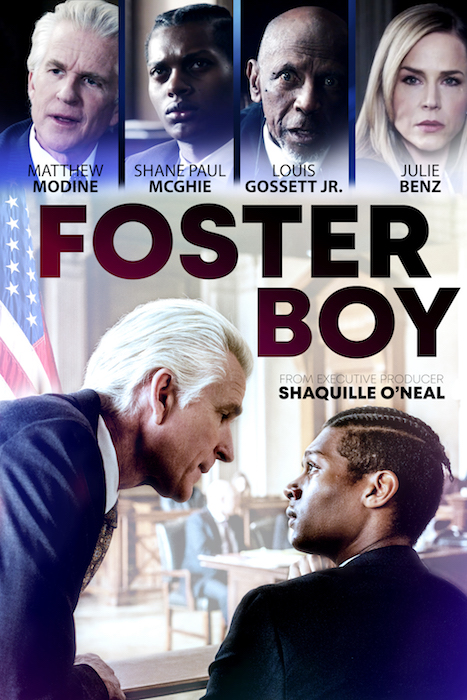 The foster care crisis in America: profiting from the lives of children

Los Angeles, CA, (The Hollywood Times) 9/14/2020 “Foster kids are not just someone else’s kids – they’re our kids. There is so much we can do to help them, but it all starts with shining a light on their circumstances. That’s why I am so proud to be both an executive and presenting producer of “Foster Boy,” an inspiring new film, ”Shaquille O’Neal, Retired National Basketball Association star, sports commentator, and executive producer.

What is foster care?

Most of us have heard of foster care and for whatever reason, we don’t give much thought to the system, how it works, or anyone in its care. This is until the dark side of the system is exposed in a news report.

Of course, as in many things in life, there is a positive side and a negative side to the foster care system.

Currently, there are more than 400,000 children in the foster care system. This vast number of children opens the door to those trying to take advantage of the overwhelming need to place children in good homes.

For-profit placement agencies have set their sights on the young and the innocent and are profiting from the lives of children without much if any concern for their safety or well-being.

Exposing the Dark Side of Foster Care

O’Neal wrote a piece on Foster Boy for the Tennessean publication in September 2019 as a Guest Columnist and said, “I will not give up on foster kids, because here are some other things I learned growing up: personal responsibility, accountability and the importance of lending a hand to those less fortunate.”

“Foster Boy” is a powerful courtroom drama. Based on true events, it tells the story of Jamal, a foster youth who seeks justice after suffering horrible abuse and degradation at the hands of an adolescent boy with a history as a sexual predator – a boy who is placed in his foster family by a for-profit placement agency that was aware of the boy’s history but never informed Jamal’s family.

In 2017, a Senate Committee found that children in for-profit-contracted homes were abused and neglected more often than those in nonprofit foster care, concluding:  “Sometimes those charged with keeping children safe look the other way,” wrote O’Neal.

“We won’t look the other way… It’s time to start making a difference for our foster kids.”

Foster Boy is a drama that runs for 1 Hour & 44 Minutes and is directed by Youssef Delara and written by Jay Paul Deratany. Producers of the film are Shaquille O’Neal, Jay Paul Deratany, Andrew Sugerman, Peter Samuelson, Anne Marie Mackay, and Michael Parris.

For more information and to show your support please go to Fosterboy.com #FixFosterCare