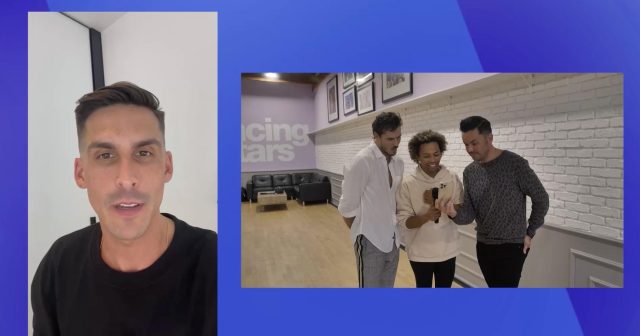 Shangela is making good on her promise to “bring out all of the divas” for tonight’s “Dancing with the Stars” semi-finals.  GLAAD’s Anthony Allen Ramos caught up with DJ “Shangela” Pierce and her pro dance partner Gleb Savchenko as they did their final rehearsals for tonight’s competition and the drag superstar opened up about the impact of getting to dance to “The Edge of Glory” by Shangela’s “A Star Is Born” co-star, Lady Gaga.

“The fact that we are able to perform to a Lady Gaga song is so special because she has always been supportive, kind and so generous with her love for me and I am so grateful for it. This is a full-on honor!”

Shangela and Gleb will dance the Paso Doble for the Lady Gaga routine, and then they will continue with the divas theme and channel their inner Whitney Houston and Kevin Costner from “The Bodyguard” dancing the Vienese Waltz to “I Have Nothing.”

“We are delivering the divas tonight! Lady Gaga, Whitney Houston! These are people that I love, and have looked up to and tonight we get to bring them to the ballroom!”

The duo became the first men to dance and compete together in the series in the US and it’s clear that they’ve got strong performance chemistry together, but they say they’ve also developed a bond that is going to be long-lasting.

“I think we have an amazing relationship, it’s kind of flawless!  We don’t have fights, we’re not angry with each other…but we have moments,” said Gleb who has been competing on the series as a pro dancer since 2013 and has yet to win the coveted mirrorball trophy.

Shangela says that one thing they definitely have in common with each other is their desire to win.  “Going through this journey together, we spend so much time together, we’ve just gotten in a rhythm with each other, and I am so grateful to Gleb, not only for his patience, but both of us are so invested in this. I want to win!

After the duo scored four perfect 10s for their Halloween themed dance, Shangela told us that she was determined to give her partner a taste of what it’s like to be a drag superstar.  It sounds like if they make it to next week’s finale, we might just see that happen!

Don’t forget you can vote for Shangela and GLEB starting at 8pm ET on Monday, November 14 by texting SHANGELA to 21523.