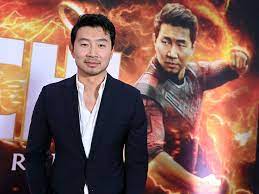 Los Angeles, CA (The Hollywood Times) 9/7/21 – Shang Chi’s record breaking opening weekend, garnered the best showing of any Labor Day weekend film ever, at $71.4 million (and this did not include Monday). Already, within just a few days, with gross receipts worldwide, it has already made back its $150 million budget. 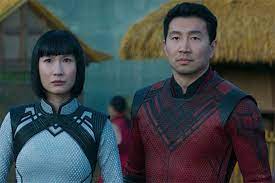 But beyond this impressive performance, there are many cultural and political implications to the success of this all-Asian film, from a majority-Asian cast to writers and directors.  It is nostalgic at first, harkening back to Bruce Lee’s breakthrough and Jackie Chan’s mainstream US success. However, in 2021, it is also a new environment and age-old stereotypes were busted, minimized or thrown out the window altogether to reflect an environment more sensitive to intersectional issues like cultural appropriation.

I caught up with my good friend, Youtube commentator, Filipino-American Mitch Lozada, pop culture and TV/movie reviewer, as well as an Asian American studies major, who had his thoughts on the actual movie and the cultural footprint it has already made in just a few days. 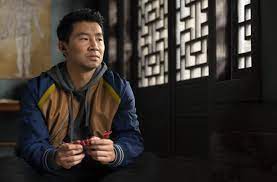 We both agreed that the Marvel movie made a concerted effort to avoid stereotypes and actually created a great movie in the process, with strong hero and character arcs for at least four of the characters.  The writing was strong, and Mitch felt that Simu Liu and Awkwafina, while giving strong performances, could have been replaced and the movie would have still been strong. It also stayed true to Marvel’s branding and the comic book realm, which should please most longtime fans.

The first stereotype the movie busted was having Awkwafina as a valet driver who actually drove well, instead of making a tired cliche joke about Asian women’s poor driving, which would have been too easy. Stereotypes like the Asian nerd and the tiger mom were also avoided, while homage was paid to the high expectations of Asian dads. In fact, the story being centered around the overcompensating father training his son to become an assassin and the dynamics that come with father-son career choices, is powerfully Asian but stays away from cliches of the past, breaking ground.

The movie is almost an updated version of “Crouching Tiger, Hidden Dragon”, Mitch believes, but with today’s environment and a strong Asian American buying public, evidenced recently with 2018’s “Crazy Rich Asians”, this is the perfect movie to revive the martial arts genre into the mainstream consciousness. As Jennifer Aniston’s character so excitedly proclaimed in “Office Space”, “I love kung fu.” Marrying this with the Marvel superhero format was genius. 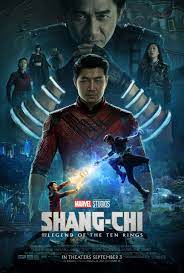 This is manifested in good urban sequences, such as Shang-Chi jumping into a scaffolding and incorporating newer and different styles of fighting, taking the movie out of cliche territory. The movie had a realistic environment but also had a mystical kung fu vibe, which is a good bridge.

Humor was not lost in this movie either. Awkwafina’s range and perfect comedic timing succeeded flawlessly in this movie. Mitch felt her hero moment of learning archery was far-fetched, but saw beyond this, as the character was well-developed overall. Katy asked deeper questions, overcame her fears and showed her strong decade long friendship with Shang-Chi and her standing for greater ideals beyond herself. 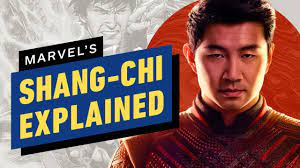 The main character, Shang Chi’s was the main focus of the movie, however, and his growth and change from overcoming his childhood issues to becoming a hero who owned it, along with his special and unique skills, puts him on par with the rest of the Avengers. The story arc seemed to lack treatment on how he grew up and escaped his father was sacrificed for the development of side characters.  Mitch made a great observation that Shang-Chi’s sister got too much screen time as a side story, and the element of girl power where she needs to be better than the boys was cliche, but didn’t take too much away from the overall storyline.

That said, a lack of “woke” lecturing and political commentary makes this movie somewhat stand out for being surprisingly non-preachy, but the audiences loved it and rewarded this with major box office success. Funny how a good story that doesn’t tell you how to think can capture the hearts of millions. 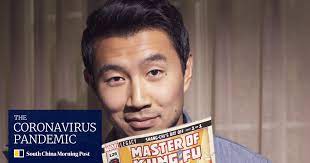 The success sees the beginning of people going back to theaters, giving confidence to movie studios that the industry, which took a major hit with COVID shutdowns, can revive. Labor Day is not exactly the top performing movie weekend, but Shang-Chi made 2021 an exception. There are other atypical firsts for Shang-Chi. This is the first movie with a real Asian American lead.  After being a vocal proponent myself of Hollywood making the Asian male invisible while hypersexualizing Asian women, this movie busted those exact stereotypes and proved many on the business side wrong when they questioned the marketability of Asian males. A movie with a strong Asian male lead can clearly sell like hotcakes.

But as Mitch warns, we shouldn’t play diversity for the sake of diversity. Tokenizing will get us nowhere. A quality product can only be created with true talent and Simu Liu has that in spades. He is likable, does the job and along with a supporting crew of talent like Awkwafina, Michelle Yeoh and Tony Leung, and a solid screenplay, the movie hit the ball out of the park. 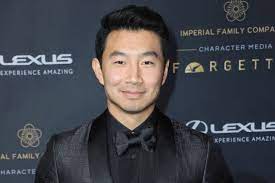 This breaks open the dam of Asian film going forward in America. While we have been tired of being pinned as martial artists, the superhero component makes this one different but also reminds us to play to our strengths. What really is needed is range and Shang-Chi, the movie, provides this.

Mitch mentioned an open door I hadn’t thought of.  Fan fiction on Youtube, a niche genre, can actually have a future in say, Netflix or Amazon originals and provide a great entryway for Asian Americans into an industry that so many of us Asian males were shut out of, whether it was the rigid parameters of Hollywood, which would never see us as leading men, to our own families, who steered us into industries of stable jobs, like the sciences, the military, engineering, law or business. 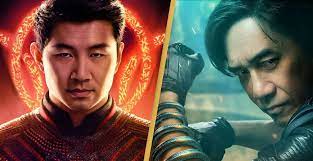 However, this truly is the rise and the moment of the Asian male. After decades of being invisible after we made great strides with Bruce Lee and Jackie Chan, we have come back with a bang, or maybe an earthquake. Sometimes it takes years of being invisible or alone, to find our soul and that passion was seen in this film.

Mitch sums it up well, “This is the opportunity for Asian males to not fall back on stereotypes Hollywood put on us. That it’s possible to be a badass dude and to look good.” Shang-Chi has not only given us the permission to do so, but to muster up the warrior spirit in us and conquer a frontier that was the formerly closed-off Hollywood. Welcome to a new generation of leading Asian men.