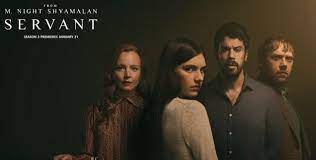 A sneak peak of season three from Servant

Pennsylvania (The Hollywood Times) 1/30/22 – I admit that when I first saw the trailer for Apple TV series, Servant, I was terrified of it.  Maybe it’s my previous experience as a babysitter or just the simple fact that the series centers on a delusional woman and her nanny playing pretend with a rubber doll.  There is of course the inexplicable fear many of us have with dolls.  I myself avoid them—especially in reference to cults and the supernatural. 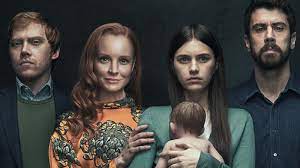 As a fellow Pennsylvania native, however, I make it a point to watch Oscar nominated M. Night Shyamalan’s productions play out, even if they are often chair gripping psychological brain benders that have me gasping to the finish line.  I grew up among wheat fields and when I first saw Signs it had me walking hastily away from corn stalks and listening in on radio static. 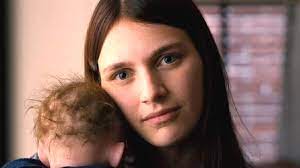 The series was created by Tony Basgallop and produced alongside Shyamalan, Ashwin Rajan, Jason Blumenthal, Todd Black, and Steve Tisch.  It features a slew of directors including M. Night Shyamalan, Nimród Antal, and Ishana Shyamalan. 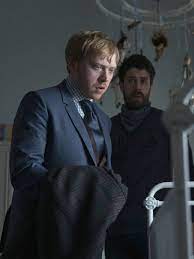 Set in Philadelphia, the first two seasons of Servant follow the Turners, who hire mysterious Leanne Grayson to care after their pretend baby doll, Jericho.  The real Jericho tragically died weeks before due to heat exhaustion and negligence.  The situation leads quickly into the supernatural as the rubber doll is brought to life, leaving the audience wondering if this new nanny—played by Nell Tiger Free—managed it through her disturbing use of twiggy crosses, haunting prayers, and self-flagellation.  We later learn that she has a shocking past wrought by the child-snatching Lesser Saints Cult. 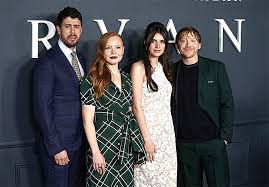 The style of filming maintains classic Shyamalan elements, creating a stark square-on picture and hones in on actors’ faces and blunt expressions as they play out a conversation.  At moments, it imitates the recent dirty, rotting and aged, trapped in the basement vibe that we saw with Shyamalan directed films The Visit and Split, both of which left me disturbed and entertained.  In seasons one and two, the series feels horrific and claustrophobic.  They rarely leave their beautiful artful brownstone and the image quality is usually very dark and serious in tone.  In season two, Leanne disappears along with the baby and the story comes to a head with the nanny’s former cult.  We are confronted with rather intense and vulgar acts of abuse, psychological unraveling, and exceptional acting.  We are only given relief during the last episode when Leanne manages to bring Jericho back and restore order. 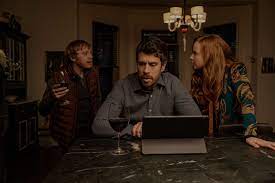 In season three, the overall atmosphere is brighter.  Dorothy and Sean can now settle back into parenthood, but Leanne is consumed with fear of her former cult.  With a slow build, we are given a chance to really explore the characters, their back stories, and their psychology.  Though each season is directed by various talent, it fits into Shyamalan’s style and lends creativity to new interpretations of camera angles.  Without giving anything away, I enjoyed this new season thoroughly and fell in love with the dynamic cast even more so than the first two seasons.  For me, this is a fairly simple plotline that explores the yearning for a parent-child bond without seeming like a Lifetime flick.  There were truly moving moments throughout it.  While it remained suspenseful, this new season is less horror genre than the previous two and more deeply psychological.  Rather than continual external conflict and threat, season three begins from an internal angle, exploring tricks of the mind and an antagonistic force less easily identified.  In this course, the ensemble forms an unlikely community, not yet aware of what lurks in the shadows.  The themes are mature and the cast, music, and aesthetic follows. 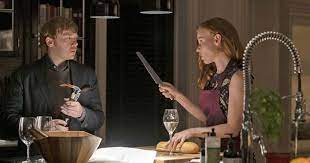 Lauren Ambrose’s Dorothy offers the audience a frenetic portrayal of a woman on the edge of a nervous breakdown.  Her mannerisms and expressions convincingly edge near mania, while still maintaining a likability and sympathy for the character. Sean, played by Toby Kebbell, is the relatable and conflicted husband who attempts to support his formerly catatonic wife, while making women everywhere swoon for his personable nature and culinary skills.  With Rupert Grint as Dorothy’s brother, we are given a voice of reason and a character that I personally connected with, as he grasps for explanation and logic.  Nell Tiger Free plays the nanny and somehow manages to make viewers feel both suspicious and connected to her.  Even with her blunt, co-dependent behavior, we are offered a breathtaking portrayal of a young woman longing for close connection—something that Ambrose plays off of very well.  The supporting cast is worthy of mention as well, as they offer a sense of normalcy and subtle humor throughout these bizarre and stressful scenarios. 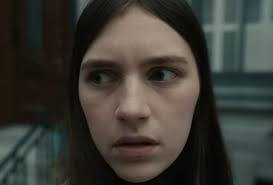 Airing this Friday, January 21 on Apple TV, season three of Servant has a fresh feel—more clear-headed, while maintaining suspense.  If you watched it for the (literally) splintering and brutal horror film aspect, this may leave you disappointed.  However, it navigates the spindly twists and turns of relationships and the human brain without feeling cliché or oversaturated in sentiment.  It effortlessly balances reality with the supernatural.  The overall performances and execution were poetic and felt much like a breath of life in a dire situation, while moving the plot forward into what’s sure to be a dramatic end.