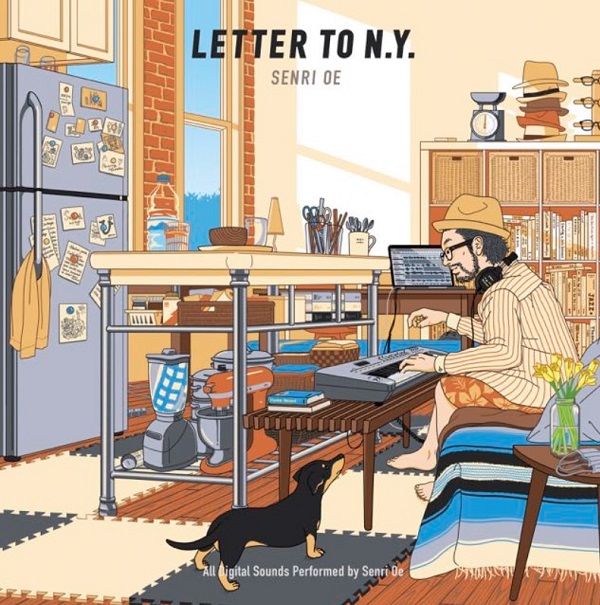 LETTER TO N.Y., via PND/Sony Masterworks releasing TODAY, July 21.  Composed and produced by Senri completely in quarantine, the 11-track album, Letter to N.Y., is a special homage expressing Senri’s full love for New York City, that captures the eclectic array of the Big Apple’s musical energies. Preview the album HERE.

Also check out the music video his track, “Out of Chaos” – HERE

The Hollywood Times had the opportunity to speak with Senri Oe from his apartment in Brooklyn with his beloved Dachshund, “Peace” about his latest album and the meaning behind the songs.  Enjoy the interview:

“This album is truly a masterpiece and worth your money. You will so enjoy it!  So do yourself a favor, download it today, put in your favorite earplugs or throw on those headphones and get ready for some relaxing and upbeat jazz tunes.”  Judy Shields, The Hollywood Times 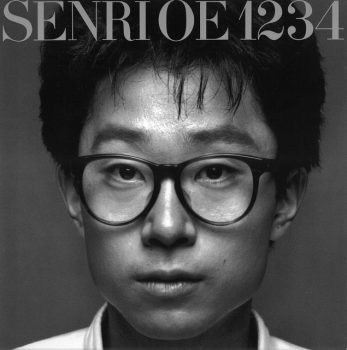 As a pop Japanese superstar for two decades (80’s and 90’s), Senri did a complete turnabout on his career by deciding that he wanted to focus on what was important in his life – his first love – jazz.  Senri left Japan and his legion of pop fans and headed to New York to study at the School of Jazz at The New School, and then launched his jazz recording career with his PND Records debut Boys Mature Slow in 2013. 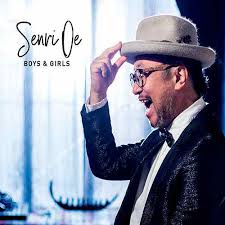 The release was followed by a variety of ensemble and solo albums, culminating in his solo piano debut, Boys & Girls (2018) and Hmmm (2019), a trio session with drummer Ari Hoenig and bassist Matt Clohesy which hit the Top 40 on JAZZWEEK, and  #24 on the Roots Radio Jazz’ Top 50 chart.  Senri’s other albums include the full big band with Spooky Hotel (2013), Collective Scribble (2015) and Answer July (2016), which featured jazz vocal greats Sheila Jordan, Theo Bleckmann, Becca Stevens and Lauren Kinhan of the Grammy winning vocal ensemble New York Voices.

With recording studios closed down this past year, Senri, with only an upright piano, electric keyboard and the Logic Pro X music app on his laptop, embraced the opportunity to explore – and invite some interesting “guests” to his workspace to create what he affectionately calls “the jazz songs people all over the world can hum.” The track listing includes: “Letter to N.Y.,” “Good Morning,” “Out of Chaos,” “The Kindness of Strangers,” “The Street to the Establishment,” “Juke Box Love Song,” “A Werewolf in Brooklyn,” “Pedestrian,” “Staying at Ed’s Place,” “Love” and “Togetherness” (which Senri wrote and released early on in the pandemic).

“‘Letter to N.Y.’ is very impressionistic in its portrayal of New York music and culture through the lens of the pandemic, but heard together, the songs reveal a unique narrative story. It’s about the brokenness and collapse of the old way of life, yet with the hope that as we move into the new normal, restoration and renewal are also possible. The former world is over, so now we have to open a new door and take everything to a brave new level moving forward.” 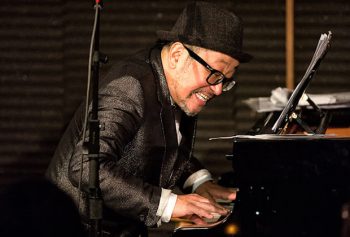 Senri, who first started on classical piano, and whose influences are both bebop and Miles Davis’ electronic jazz fusion of the 70s and 80s, was inspired by those electric keyboard and organ sounds on Letter to N.Y.  “As I was creating these tracks in this spirit,” Senri says, “I created this imaginary world where I imagined Miles, Jaco Pastorius and Bill Evans would knock on my door, call my name and ask me to join them in playing the kind of music they made back in the day.”

A New York resident for the past decade, Senri Oe is making a name for himself as an innovative, engaged and highly creative member of the jazz community. though he has proved his skill as a songwriter, pianist, singer and more, he prefers to describe himself simply as a jazz musician who loves to write music as well as perform on piano. 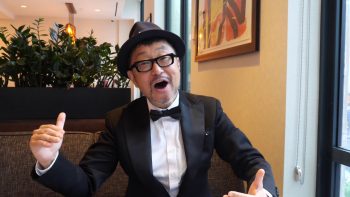 In the four jazz albums Senri has released as a leader since 2012, he’s shown himself to be versatile and adventurous, exploring different facets of jazz with each cd. from a two-horn quintet( boys mature slow, his 2012 stateside debut) to a full big band (2013’s Spooky Hotel) to a straight-ahead trio (Collective Scribble, 2015) to a vocal showcase( 2016’s Answer July, featuring the likes of Sheila Jordan, Theo Bleckmann, Becca Stevens, and Lauren Kinhan of New York voices), Senri makes it clear he’s comfortable in a variety of configurations.

The albums have been well-received in both the U.S. and Senri’s native Japan, earning glowing reviews in jazz magazines and blogs. as for what fresh territory he plans to explore on future recordings, listeners will have to wait tell next year 2018 to find out.

A perfectionist, Senri has been known to compose dozens of songs for his recordings before making the final selections. while working on Collective Scribble, for example, he wrote 54 tunes, of which only a dozen made a final cut.

There is a lyrical quality to his compositions, in which he aims to capture the spontaneous emotions of a specific moment in time, and share each tiny slice of life in the universal language of music.

Listeners have found that hearing Senri’s just once is not enough: his style gets under your skin, once you’ve heard a Senri Oe composition, you can’t wait to hear more.

Like many artists, Senri had another career before deciding to pursue his lifelong love of jazz at age 47.  But his back story is unusual; rather that quitting a day gig in an office, retail, or restaurant setting, Senri traded in an enormously successful pop music career in japan to follow his artistic muse.

Just how successful was he? For starters, Senri received a Japanese Grammy award, topped the billboard charts, and performed in stadium-size venues.

Since moving to the U.S., he’s successfully reinvented himself as a jazz artist rather than a J-pop sing/songwriter, and traded the stadiums for more intimate venues such as Manhattan’s popular Tomi jazz , and he’s happier for it.

Senri’s fertile imagination, self-motivation, and tireless energy add up to a busy and productive creative life.

Despite his accomplishments, Senri remains humble and in an interview admitted that in his mid-50s he’s still trying to figure out what ” unique offering” he has to contribute to the art form that is jazz.  Currently, Senri is collaborating on a variety of projects with well-known vocalists.

He thrives on collaboration and building relationships, as evidenced by his work with the stellar musicians and singers on his albums. also, he has worked as a producer in New York, aiming to share his in-depth music business experience with others. Senri’s sense of community extends beyond the big apple to Japan.

He maintains ongoing ties to the music and arts scene there, writing as a contracted composer for Sony Japan, and working with Japanese singers who would like to follow the path he’s pioneered in Manhattan, including successful and highly acclaimed artists such as Sayuri Ishikawa, Mika Shinno, Tamio Okuda, Ken Hirai and Misato Watanabe.

These days, Senri Oe is living his lifelong dream, dedicating himself to jazz composition, constantly striving to progress, and impressing listeners and collaborators with his passion, enthusiasm and love of the music.

It will be very interesting to hear where his versatility, imagination and dedication take him next.