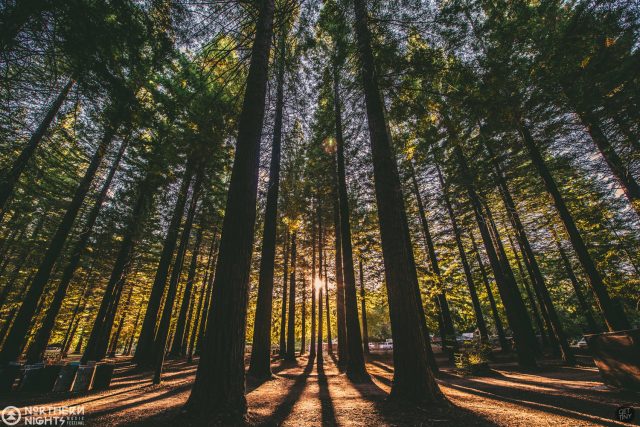 Cook’s Valley Campground, CA (The Hollywood Times) 7/23/18 – It’s not so much a festival as it is an experience.  Not a destination, so much as a journey.  A chance to camp, bond, feel the music.  And a chance to escape the monotony and grind of a daily existence surrounded by technology, stress, bills and deadlines.  Tourists and Californians met with the opportunity to do just that.  The third week in July at Cook’s Valley Campground on the South Fork Eel River was their chance to get away from it all for three days and two nights. 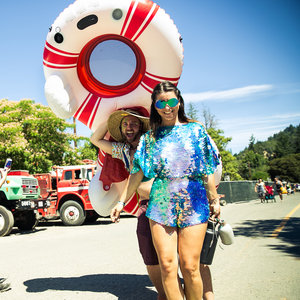 Northern Nights starts with the drive, as you pass straight through the incredible beauty of the Northern Californian Redwoods near the Humboldt County line into the small mountain community of Piercy. Every turn reveals a little slice of hidden paradise that brings you closer and closer to nature. When you’re about an hour away from the property, the gigantic redwoods appear by the roadside and overwhelm you with their size and majesty. Up here, the air is different, the people are different, and of course, your surroundings could not be any more different than the city life of nearby San Francisco, San Jose or Oakland. By the time you make it to the festival site, you can’t but help be in an incredible mood because you’ve spent the last hour traveling through one of nature’s most remarkable creations.

This roughly 7,000 person festival in the Redwoods is considered more of a “boutique” festival when compared to massive Northern California festivals like Outside Lands in San Francisco, or BottleRock in Napa Valley, but the smaller size and more homegrown feel of Northern Nights is a big reason this festival continues to thrive. In a year where we’ve seen multiple major festivals shut down, it isn’t too hard to see why more niche festivals are able to survive the burst festival bubble. While many North American fests seem to focus most of their time and resources on booking their lineups, Northern Nights seems to put an equal emphasis on the overall experience. Of course the booking budget isn’t as big as something like Coachella, but that definitely doesn’t mean the 2018 lineup was anything to sneeze at. With heavy hitters like Dirtybird Records label mates Justin Martin, Walker & Royce and Worthy, along with trap and bass legend Mr. Carmack and Hip-Hop superstar Sage The Gemini rounded out a very well balanced, yet quite diverse lineup of artists. 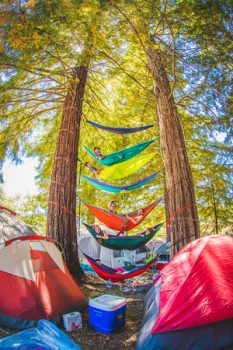 This year’s festival had four incredibly diverse stages set up, in the heart of the redwoods as well as right on the ever-flowing Eel River by the southern end of the camping grounds. First there is the renowned River Stage, the perfect place to take a dip in the slow moving river as you drink a frozen beverage all while listening to your favorite day time Dub, Reggae and Bass heavy beats. Next is the Grove Stage, which hands down provided the most unique, is located right in the center of the big redwoods camping grounds.

During the day, the Grove Stage tends to host Yoga workshops and sound healing exercises that are intended to make even the most hung-over festival goers feel at ease. This is where more of the live bands, and more chill acts tend to play, and with the overall Peter Pan/storybook theme played incredibly well into the whole general boutique experience the festival provides. Hammocks are abundant around this area for all those patrons in need of a quick break or nap under the glorious redwoods. The Bunker stage, located closest to the River Stage, which tends to only be open after the Main Stage has shut down, provides a haven for those festivalgoers who want to keep partying late into the night. And we of course cannot forget about the breadwinner of every festival: the Main Stage. Naturally the largest of all the stages, where the biggest names of the festival tend to play, and the largest crowds congregate. But unlike most other festivals Main Stages, the one at Northern Nights is incredibly unique. Once all the headliners for the day have finished their respective sets, the Main Stage then converts into a Silent Disco at night. For the uninitiated, a Silent Disco is where music is still being played, but broadcast through headphones rather than through the sound system. Up to three DJs can play at the same time, as the headphones that can broadcast up to three channels at the same time, so everyone in the crowd can choose which style of music they want to listen to at any given moment. This also allows the Main Stage to effectively run all throughout the night, allowing the late night crowd to dance until the sunrise, with no noise complaints from the nearby campers.

But the real reason everyone seems to come back year after year is the people and the positive energy that each and every one of them brings to the beautiful festival grounds. It’s a great chance to give and receive the vibes that may just get you through to the next season, invigorate your soul, and open your mind. 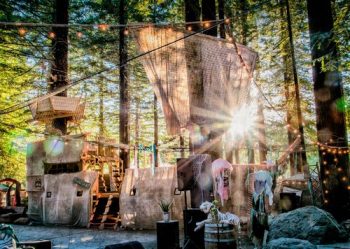 This festival knows its Northern Californian audience and embrace their way of life by selling marijuana on site, in 2016 becoming the first ever festival to do so. Anyone with their medical marijuana card was welcomed into the “Medical Marijuana Zone”, which hosted dozens of the top names in the industry just to the right of the Main Stage. Visitors had access to a variety of free cannabis and concentrates, as well as an entire smorgasbord of edible options, either for sale or given as free samples. People were encouraged to sit on couches, and try up and coming While Northern Nights leads the way in cannabis sales and marketing, we are bound to see plenty more gatherings and festivals embrace this naturally quick growing culture.

While Northern Nights may not be the biggest festival on the circuit, it is certainly one of the most wholesome, and was a genuinely memorable summer experience.  Becoming one with nature, art and music seems to be the goal—one that was met exactly like the trees that surround it—with commanding presence, inspiration, and strength. There is no better place to get away from it all for three days and two nights in a place that is far and away from the qualms of everyday life. 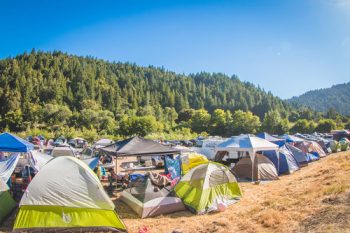