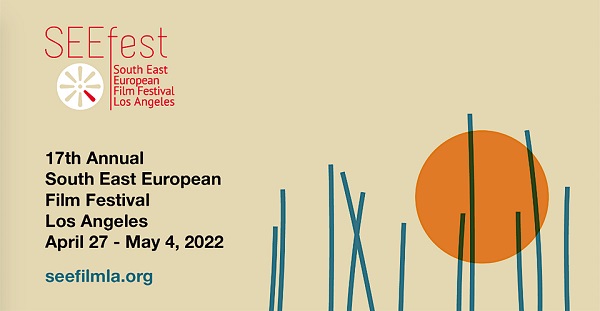 Wednesday, April 27, was the Opening Night of the annual SEE Fest at the Laemmle Fine Arts Theatre in Beverly Hills. The film festival was opened by Vera Mijojliić, who founded the South East European Festival in Los Angeles sixteen years ago. In attendance were council-generals for the embassies of a number of countries in South-Eastern Europe. 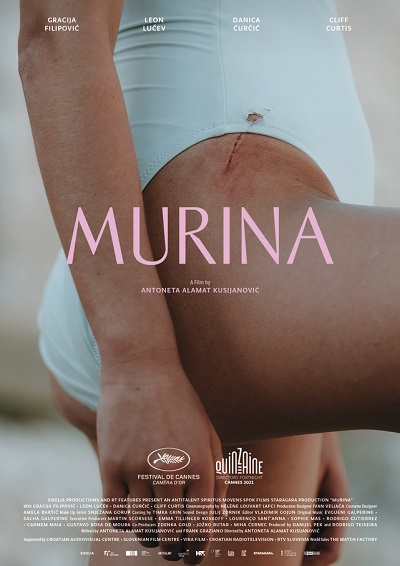 Attendance was limited in part due to the fact that the opening night film Murina (Croatia, 2021) directed by Antoneta Alamat Kusijanović and produced by Martin Sorcese, was recently picked up for distribution by Kino Lorber – who plans a theatrical release later in the year. In this film, a sixteen-year-old Croatian girl (Gracija Filipovic) lives in a village on the Adriatic Sea on an island near Dubronić. She decides to replace her controlling father with his wealthy foreign friend who dotes on her beautiful mother.

Murina first opened at the Cannes Film Festival in 2021 and received the Golden Camera award. After the screening of Murina last night, a reception was held at Lawry’s Restaurant on La Cienega. 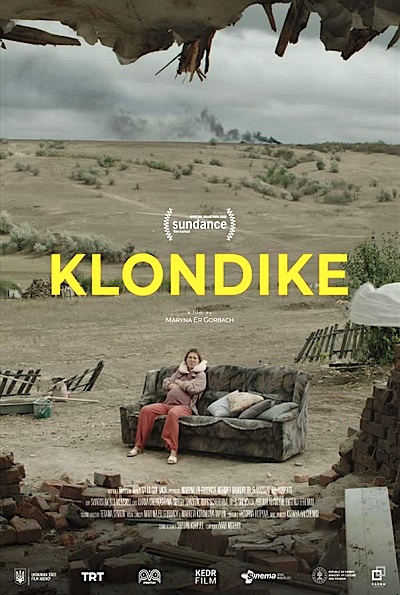 The South East European Film Festival runs April 27 through May 4, 2022. There are films from more than 20 countries in greater South East Europe, including the Ukraine, from which a highlight of the festival is Klondike, directed by Maryna Er Gorbach. The story is centered on a Ukrainian husband and wife living on the border of Ukraine and Russia during the start of the 2014 war. Irka, who is heavily pregnant, refuses to leave her house even as the village gets captured by armed forces. To make things worse, they find themselves at the center of an international air crash catastrophe on July 17, 2014. This film won the award of Best Dramatic World Cinema Film for the director at Sundance in January 2022, as well the Ecumenical Jury Award at the Berlin Film Festival 2022. It screens at the Lumiere Music Hall in Beverly Hills on Monday, May 2, at 7:00 pm. Lead actress Oksana Cherkashyna will attend the screening. Some of the films are in-theatre events and others can be viewed online in the hybrid program of the film festival. For more information and tickets, go to: https://seefest2022.eventive.org/schedule

Vera Mijojlić founded the South East European Film Festival Los Angeles (SEEFest), and curated major film retrospectives for the UCLA Film Archive and Austin Film Society, and initiated a national tour of landmark short films with the Los Angeles FilmForum, Pacific Film Archive, Harvard Film Archive, and National Gallery of Art. She has received recognitions from the California State Assembly, County and City of Los Angeles, and City of Beverly Hills, and in 2018 Women in Leadership Award from the City of West Hollywood. In her native Yugoslavia she worked as a film critic, and in various capacities on international film productions. She holds a degree in journalism from the University of Belgrade, Serbia.

In an interview, Vera Mijojlić, who has been involved with SEEFest for sixteen years explained about her love of film: “I am a writer and journalist by training, and a film critic who loves to present new talent, discover film gems, and introduce them to audiences in L.A., and to the industry that thrives here. Curatorial work is immensely satisfying; in addition, one of my mandates is to keep supporting and advising young filmmakers as much as I can. A great deal of what I do is directly related to the festival I founded, including writing about cinematic milestones, highlighting interesting books, especially those related to the region of South East Europe, and giving tributes to outstanding artists across the spectrum. What sets me apart, and by extension the festival as well, is an intense focus on the multidisciplinary approach to all the arts, not just the cinematic, but also the art of literature, architecture, design, publishing, and including the rich legacy of fine arts.”

In opening SEEFest 2022 this year, Vera Mijojlić and the Board of Governors of the SEEFest organization presented the Humanitarian Legacy Award to actress Stefania Magidson, founder of the Blue Heron Foundation, one of the largest nonprofits in the Romanian diaspora and recently organized a major humanitarian support efforts for Ukrainian refugees in Romania and Moldavia. Stephania Madison was born in Romania and in 1983 immigrated with her family to the United Stephanie and eventually pursued a career in television and film. Her Blue Heron Foundation is focused on improving the quality of life of Romanian and Moldovan abandoned youth by awarding them merit-based college scholarships and a mentorship program. To date, the organization has raised over 3 million dollars, has awarded 450 college scholarships and has touched the lives of over 3,000 kids. Stefania serves on the Dean’s Council of Tisch School of the Arts with New York University. She is the Chair of the Romanian Film Committee of the South-East European Film Festival/LA and on the advisory board of the Roma People’s Project at the Hayman Center for Humanities at Columbia University.