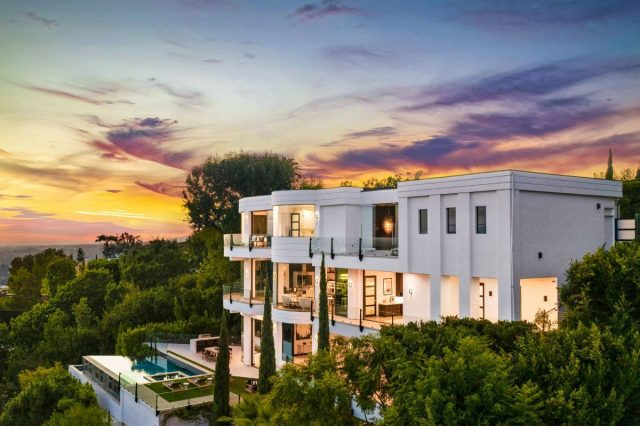 Recently updated, Sean lived in the 2004-built home from 2008 to 2013. Located in the Beverly Crest neighborhood, where the crème de la crème of LA society live in their secluded mansions, the home includes five bedrooms and six baths on three floors. Something a bit different, but convenient for entertaining and late-night munchies, the well-equipped kitchen is located on the middle floor.