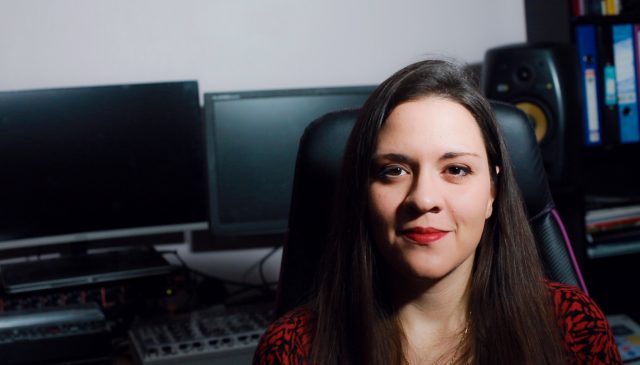 Los Angeles, California (The Hollywood Times) 5/06/2021 –   Red Velvet Revolution is a sci-fi drama series about how a company, the Lifemakers Corporation, directs its users’ lives, the LifeSeekers. The LifeSeekers have signed an agreement with the Corporation, but have no recollection of it, as they have ingested a medicine erasing that memory from their minds. The story opens with a young boy’s life, Dion, a Lifeseeker, earning a living as a social media influencer who receives offers to promote various brands in his videos. The viewers are introduced to his daily life under surveillance by the Lifemakers Corporation. In parallel, we are introduced to the team of Lifemakers behind Dion and his success. This film is directed, written, and produced by Italian Filmmaker, Viviana Di Capua. Red Velvet Revolution has won numerous awards in various categories at prestigious web and film festivals, including Best Director at both the Sicily and New Zealand Web Fests, and Best Creator at the ASIA Web Awards.  Actors in the series include Sonera Angel, from The Third Day TV series, and Emilie Sofie Johannesen, from Transference: A Love Story. This film tackles tough subjects through experimental filmmaking on a budget of only £1000.

Tell us about your background. What are the projects you have worked on?

I was born in Naples, Italy. Filmmaking has been my obsession since my early childhood when I watching classic Hollywood and classic Italian movies; I wrote the first drafts of my screenplays when I was a teenager and those stories and characters grew up with me, day by day, influenced by what was happening around me and to me, by my readings, studies, experiences, etc… I went to Rome to study Cinema at the La Sapienza University of Rome, and after graduation, I moved to London, where I co-founded an independent film and music free collective that over the years worked hard to become a respected name among audiovisual productions. I have been working on filming, directing, editing a variety of projects ranging from social media content for effective marketing to live performance events and music videos for independent artists. In this role, I was also involved with doing camera work and editing, and delivering the work at tight deadlines. We were a multi-talented team handling every part of the production process, from pre-production and planning, right through to post-production and marketing.

We helped directors to make several short films too.

What do you enjoy most about film?

The whole creative process is a terrific journey. As I take care of the screenplays of my movies, I can say I enjoy writing the most. Putting the universe of characters and situations down black and white, researching, slowly starting to understand better the characters, their past, and present. As a creator, you feel their emotions, think their thoughts, say their lines, cry and laugh together with them. You can know in advance what is going to happen to them and yet find yourself very surprised when you are writing it down.  It’s the sparkle that has the power to set the whole production in motion. I really enjoy Cross-genre. As a member of the audience, there is nothing more exciting for me than watching a movie difficult to categorize because the topics and the situations are so many and so different and they pop up in the movie almost unexpected, producing a sense of disorientation. It’s almost vertigo. “What am I watching? Looks like the same movie but different” then, you can recollect all the pieces and everything makes sense. As a filmmaker, this is my biggest ambition and I think in order to create the perfect formula which is not unpleasant and that can pass messages and emotions in the right way, without overdoing or being trivial, a good script is not enough, you need a very well-assembled team, people who can help to give chameleon-like powers to your movie- everything contributes to the transformation, the production, the acting, the art department, the camera department, the music, the editing.

The Red Velvet series was made with a total budget of £1000. Tell us about the film. What is your advice for others who want to produce a high-quality film with a limited budget?

Red Velvet is a sci-fi series about an organization called Lifemakers Corporation that controls people’s lives. The story itself is a small piece of a big puzzle since we are introduced just to this single unit of life makers, unit AE99, formed by Allan, Vivien, or Shiori and Fay, who control the life of a young influencer, Dion. Soon, we find out there are “wreckers” coming from a mysterious place called “Ninfeo”, they seek to bring the Lifemakers Corporation down and expose its manipulative and self-serving nature. I came up with this idea in May 2010, my second year at University, so while I was studying for the Summer session I found myself being obsessed with the fact that we are not in control of our life and our happiness. Economical powers combined with Social Media, Youtubers, Influencers, etc… have the final word on everything. My work aims to show shortcomings of the Capitalist status quo and to express why people are aware that they are being controlled but don’t know how to actually fight for their freedom- something similar to giving up your online privacy and data to mega-corporations like Facebook and Google in order to keep using their applications. 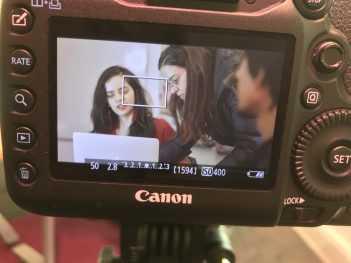 I made the Pilot of Red Velvet Revolution in March 2018, it was a zero budget, so I filmed and edited with my own basic gear in my studio flat in London – 15 square meters studio flat; then, I opened a campaign on Indiegogo and I raised £1000 to film the rest of the episodes.

Everything was possible thanks to the commitment of the actors who believed in me and in the project.

*My advice for all the filmmakers who have to deal with a non-existent budget is to be prepared to compromise on many technical aspects and to focus more on their pressing subject, that may not need an expensive camera and VFX to be fully expressed but a small group of professionals -cast and crew- who believe in it as much as you do. I would say there are thousands of ways to deliver a message to the audience and sometimes the most expensive ones are not even the most effective. My series is available on Prime Video in the UK and USA, Indieflix, Sofy Tv, Vyre Network, and Detaron TV.

You have major actors in your film including, Sonera Angel who appeared in tv series The Third Day with Jude Law; Emilie Sofie Johannesen, one of the main characters of Transference: A Love Story). Why were they the best to play these roles? Tell us about the characters?

Red Velvet Revolution characters were on my mind for almost ten years and even though I received hundreds of audition tapes I was struggling to find the most suitable ones. The point was: all the characters of the series are hiding behind masks, they are “impersonating” life makers or influencers, but it’s difficult to understand who they really are. None of them shows their true self until the very last episodes. For sure, I am not the only filmmaker to have imprinted in my mind the images of Judy Barton and Madeleine Elster from Vertigo when I fantasize about this type of character. It’s impossible to emulate such perfection and even just to get closer to it, you need actors who can stage multiple transforms in the same scene, dropping the mask within minutes if not seconds, becoming someone different from who they were pretending to be just before. I went through many meetings with Sonera and Emilie, as well as the other members of the cast, to be sure they could face such a challenge and I was astonished and delighted by their commitment to fully understand the dynamics behind the behavior of the characters, which in the end is exactly what allowed them to fully embody the duplicity of the roles. The process requires time and as I said we were a zero budget production but none of the actors stepped back.

What challenges did you face during filming?

The job I did for years as a freelance videographer in London was the best training to learn how to find quick solutions and to work in the most unpredictable situations. I got a lot of freedom – the freedom to experiment with the storytelling, although you have to do it with such an essential gear and find many compromises, it’s the most valuable thing for an artist. For example, I enjoy so much the “unsaid” and to invite the audience to recollect the pieces of the story. When the production costs are high, it’s more difficult to distance yourself from certain rules.  However, my worst enemy was TIME. The filming of the series lasted 4 days in total (1 day for the Pilot and 3 days for the rest of the series). Even though I was confident about creating an experimental web series I had to face more cuts to the script than I originally wanted and then, during the video-editing, had to work with scenes we couldn’t redo because of the lack of time but that didn’t fully express the mood of the series. This was a real challenge that unexpectedly opened a new horizon: using music as a narrative instrument.  The narrator of the story is the music composed by Valentin Doychinov: for example, when we watch scenes where characters speak and act in a certain way because (as we find out later) they are surveilled h24, music becomes an intrusive voice that insinuates doubts, tunes in with uncertainty, hesitates to give confirmations and to be synchronized with emotions. The music is a continuous presence and it’s not a mere accompaniment. That’s why we were so proud of all the nominations the soundtrack received from many festivals, and for the award, we took home at the Sicily Web Festival. 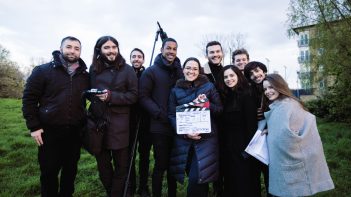 I’ve always believed in the value of my project but I must say I wasn’t expecting such a positive festival experience. Colleagues and professionals from all over the world appreciated and awarded the series – that ranked #14 in the Web Series World Cup. To name a few, we won at Seoul Web Fest, Sicily Web Fest, Bilbao Seriesland, New Zealand Web Fest, Rio Web Fest, Asia Web Fest. Many called it “the red velvet phenomenon”. During the festivals, I was approached by many of my colleagues and with some of them, we are about to take red velvet to the next step: a feature movie. This is probably going to happen between 2022 and 2023 because right now my husband and I are expecting our first child.

What makes you the proudest?

I am proud that people find a totally enjoyable series made with £1000, giving value to my belief that we need more good stories and less VFX.

Vivien Rosewood is a pseudonym and personal brand name of Viviana Di Capua, Bristol-based freelance videographer and co-founder of London Filmmakers, an independent film and music collective that over the years worked hard to become one of the most respected names in audiovisual production.