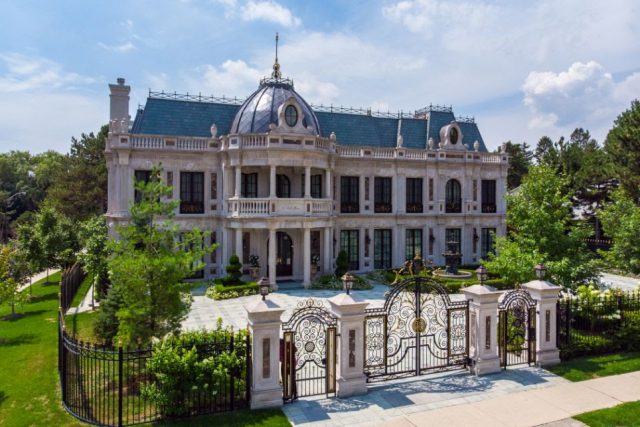 Critically acclaimed Canadian television series Schitt’s Creek follows the drama of a wealthy family, who are forced to move from their opulent mansion into a rundown motel in Schitt’s Creek, Canada after they are swindled out of their fortune. A huge television hit, the father-son writing team of Eugene and Dan Levy also played father and son on the series, which received nine Emmy awards during its run, including Outstanding Comedy Series, as well as two Golden Globes, a SAG award, and numerous Canadian Screen Awards. The 17th-century, French-inspired mansion in Toronto’s St. Andrews-Windfields neighborhood known as “La Belle Maison” provided the setting for the Roses’ lavish lifestyle before their financial ruin. Built in 2012, the elegant European-styled chateau has been listed for sale at $21.888 million CDN.