The performances are uniformly excellent, but Dionna Veremis’ portrayal of the doctor’s sexually unfulfilled wife, who eavesdrops as her husband treats others, is particularly gripping. She has that wild edge to her, like Ibsen’s Nora, but here it is smartly translated into self-discovery a vivacious and talkative woman who seems stuck in a romantically unfulfilled marriage and trying to grapple with being the mother of a newborn girl and yet concerned that her breast-milk is inadequate for her child. This sense of inadequacy about a woman’s role in motherhood floats underneath the larger vibrator theme of the play. Eventually Dr. Givings agrees to hire a wet nurse to breastfeed the baby. The wet nurse (Monazia Smith) happens to be the black maid of Mrs. Daldry (Stephanie Crothers), one of his anxious, depressed and “hysterical” patients.

In The Next Room, or The Vibrator Play is directed by Lane Allison, whose interpretation of the play illuminates the play of electricity and electric-powered devices in our lives. “It’s very telling that, when inventors got to thinking about which items should be prioritized for an electric upgrade, the machines used to treat hysteria were in the top five, just behind the sewing machine, fan, kettle and toaster,” says Allison. “The buzz they created is still reverberating today – unintentionally sparking an indelible awareness of the varied and rich complexities of repression due to one’s gender, ethnicity, class, education and sexual identity, thus illuminating a path for change.” Of course, the Daldry’s have no children of their own, although the prospect of motherhood somehow interests Mrs. Daldry.

The sexual tensions in the play are explored in a variety of ways – to showcase male assumptions about women, their bodies, and their roles in the social hierarchy at the time. Curiously enough, Dr. Givings’ faithful female assistant, Annie (Jennifer Zorbalas), provides another window in late 19th century Victorian sexual notions about women. Annie is a middle-aged midwife who knows plenty about women’s bodies, including older forms of female stimulation that preceded the discovery of uses for electricity by Thomas Edison. Her dry focus on medical practice belies her own repressed desires, with a nod to unspoken aspects of female sexuality at the time. 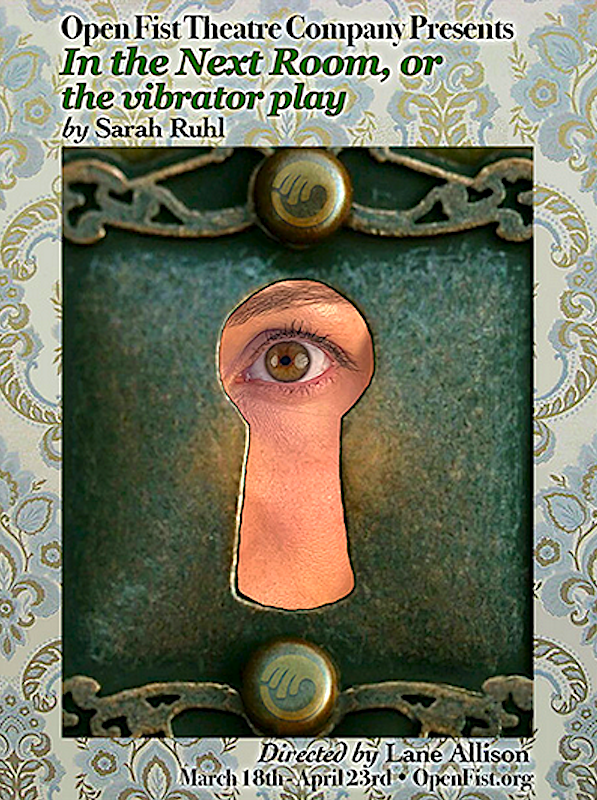 Sarah Ruhl, who hails from Chicago and a product of the Piven Theatre Workshop and wrote this play in 2009 when she was only 34, much influenced by playwright Paula Vogel. Ruhl was acutely aware of the danger of salacious preconceptions. “I didn’t want it to be sensationalist and I was always very clear that all the naughty things you might wanna see take place under a sheet,” she says. “Because that doesn’t really interest me – what interests me is questions about intimacy and marriage, the relationship between bodies and minds, how you separate them and bring them together. It’s not a pornographic interest in watching somebody get off onstage.” The current production of In The Next Room, or The Vibrator Play by the Open Fist Theatre takes its subject seriously and foregrounds the realistic concerns of women and their place in a larger dialogue about women’s bodies.