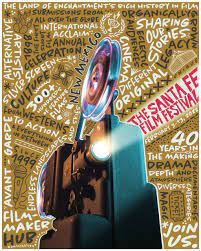 Greetings from the Land of Enchantment

Come on out — Fly from Los Angeles on American Airlines, United Airlines Search for Santa Fe flights on KAYAK now to find the …

If you come here are some deets…. 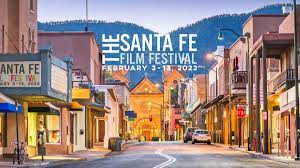 When: Thursday, February 3rd through Feb. 13.

Where: Venues include the Jean Cocteau Cinema, the Center for Contemporary Arts and the Scottish Rite Center. Proof of COVID-19 vaccines and boosters are required; all guests must wear face masks and practice social distancing. The festival also offers online streaming of films through Feb. 20.

Cost: Tickets for screenings are $10; a pass for online streaming is $50.

Fans can purchase tickets to attend or opt for virtual events. Click here for tickets and here to register to screen online. Please visit santefefilmfestival.com for more information about the complete lineup and schedule.

This year, there were 505 submissions, with only 160 open slots. Each carefully selected piece of work has been scheduled to screen over the course of eight days. In addition, there will be a special screening of the documentary, “One Pint at a Time,” held at Nexus Brewery in Albuquerque. The location is one of the oldest Black-owned breweries in the country. The film chosen highlights several Black-owned breweries, which account for only one percent of breweries in the nation.

Among those included in the 2022 lineup is the feature documentary “Bill Mauldin: If It’s Big, Hit It.” The movie spotlights the work of WWII Infantryman turned political cartoonist Bill Mauldin. On the short documentary list, there’s Santa Fe’s own “Funeral Queen.” The film profiles the button-down professional day job of a Santa Fe funeral director, who processes residual grief as bon vivant Drag Queen, Marie Antoinette Du Barry. Shorts include “2 Timers,” “As de Trèfle,” “Big Touch,” “Breathe,” and “Crawl” – a look at how an unassuming teenager’s act leads to the capture of a prolific serial killer. 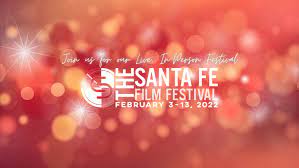 The annual festival, with showings at several venues from Thursday (2/3) through Feb. 13, includes more than 100 screenings along with panel discussions, juried awards and workshops. Running for more than 20 years, the event has offered New Mexico filmmakers an opportunity to showcase their work.

Joining the roster in the feature film department is the OBIE Award-winning, “The Tricky Part.” Martin Moran’s one-person show has made it to the big screen in collaboration with Emmy-nominated director Raphael Sbarge and producer Anthony Edwards. Edwards is well-known for his role as Dr. Mark Greene on the long-running TV series “ER.”

Edwards and Sbarge will be there at the 2022 SFFF on behalf of “The Tricky Part.” Other celebrity guests include Michael Lombardi [‘Rescue Me’] for “The Retaliators” and Dan Castellaneta, who is best known as the voice of Homer Simpson in “The Simpsons.” He and his wife, Deb Lacusta, will be there to celebrate their directorial debut for the Zoom Noir, “The Long Isolation.” The Santa Fe Film Festival will include 25 feature films, 30 feature documentaries, and over 100 shorts. 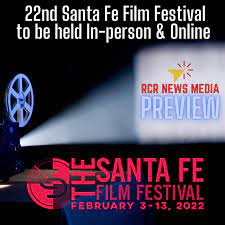 Lots of my Santa Fe acting peers will be featured in Doug Montgomery’s “Third Act” which is premiering on Sunday, February 6th.

According to the Santa Fe New Mexican and a Press release from “Third Act”, when Doug Montoya would get behind on rent payments for his improv theater in Albuquerque, he’d brainstorm ways to get cash quickly.

“We could rob a bank,” he jokingly told fellow actors. The idea became the premise for Third Act, a comedy film Montoya wrote and directed that is set to premiere Sunday (2/6/22) at the Santa Fe Film Festival.

Montoya’s Third Act — a feature-length film at one hour and 53 minutes — tells the story of a theater company facing eviction because it could not pay its rent. The actors stage a heist at a local bank.

He said he wrote the script in three days. When it came time to film it, he shut down the theater. Montoya and co-director Philip Griego shot the film “in a theater process — like a play, basically,” Montoya said.

Actors had to memorize their lines for an entire scene. Camera moves would be choreographed, and they’d film without any breaks in the action. “There’s maybe 12 cuts in the whole movie,” Montoya said.

“I wanted [the film] to be a love letter to theater,” Montoya said, adding the title is a reference to theatrical performances. “The third act wraps everything up.” 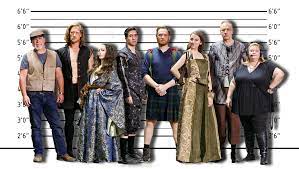 The cast includes actor Keith Allen West, best known for his online small-business reality series The Startup, who is the film’s executive producer. Also starring in Third Act is longtime TV and film actor Basil Hoffman, who died in September at age 83. Hoffman — who appeared in All the President’s Men, Close Encounters of the Third Kind, The Milagro Beanfield War, Ordinary People and The Artist — had taught acting classes to West and Montoya during his frequent trips to Albuquerque and served as a mentor and teacher to the Third Act cast.

Doug Montoya started writing the film Third Act as a way to explore his feelings about acting and running a nonprofit theater company during difficult financial times. The movie premieres Sunday (2/4/22) at the Santa Fe Film Festival. *Courtesy photo

Some of the other interesting films include:

Two short films by Native artists in the state. Stanley Bain, a Navajo filmmaker who grew up on the Navajo Nation in Arizona and lives in Albuquerque, will screen his 18-minute black-and-white film Together, which depicts a queer couple dealing with grief, loss and alcoholism after a breakup. Feeding Po’Pay, a 13-minute documentary by Laguna Pueblo filmmaker Geoff Kie, explores Indigenous food sovereignty. Bain, 47, said the premise of his film Together came after speaking with his siblings about why people stay in dysfunctional relationships. It centers on two men who reconnect one night after months apart. One tells the other he has AIDS. “There’s no resolution to [the film]. It ends in chaos,” Bain said. “That’s the way life is.” He added: “I don’t think films should answer things for you. [Films] should pose questions for you to think about.”

Together has been selected for several film festivals in the U.S. and was named the Festival Favorite at Cinema Diverse: The Palm Springs LGBTQ Film Festival. It has also received a streaming deal with GayBingeTV, which will go live in mid-February.

Bain, who recently moved to Albuquerque, has written and directed seven films. “I’m working on a TV pilot that’s based on my years in public high school in the early ’90s,” he said. “It’s not autobiographical to the T, but a lot of the stories that happen in it are drawn from my own experiences.” 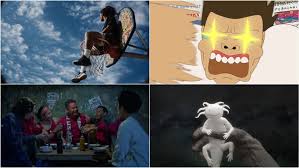 Kie’s Feeding Po’Pay incorporates interviews, personal narrative and archival material in its examination of Native communities’ return to the use of Indigenous seeds, as well as historical trade routes, and land and water rights. “Feeding is a type of remembrance for our ancestors and our life ways,” Kie said. He said the historical reference to Po’Pay, who led the Pueblo Revolt of 1680, reflects a modern-day revolt “toward the corporate systems and people that impact on Native American populations.”