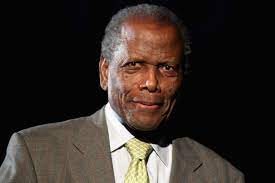 LOS ANGELES (January 7, 2022) – SAG-AFTRA mourns the loss of SAG Life Achievement Award recipient Sidney Poitier, who died today at the age of 94. Poitier was a trailblazing performer whose most recognizable roles included Virgil Tibbs in In the Heat of the Night and John Prentice in Guess Who’s Coming to Dinner. In 1963 he became the first African American to win an Academy Award for Best Actor for Lilies of the Field.

“Sidney Poitier was a brilliant and dignified actor who broke the ceiling for many actors of color that followed in his footsteps,” said SAG-AFTRA President Fran Drescher. “Blessed by a long life, he remains a most respected, admired, accomplished actor by his industry peers.”

“My parents met him at an event I took them to where Sidney was being honored,” Drescher continued. “My mom grabbed him, hugged him and told him what a big fan she was, how much she loved him and how gorgeous she thought he was! In true Poitier fashion, he responded with the utmost elegance and charm. Sidney you will long be remembered by your fans around the world! On behalf of his union, my deepest condolences to his family over this profound loss.”

Poitier became the 36th recipient of the SAG Life Achievement Award in 1999. Upon accepting the award, Poitier thanked his “traveling companions,” those with whom he shared his life’s journey.

“The rewards were in the journey and there were many. Because of my traveling companions, the world is better than it was. And because of many of you, I am confident it will be better than it is,” he said.

SAG-AFTRA represents approximately 160,000 actors, announcers, broadcast journalists, dancers, DJs, news writers, news editors, program hosts, puppeteers, recording artists, singers, stunt performers, voiceover artists and other entertainment and media professionals. SAG-AFTRA members are the faces and voices that entertain and inform America and the world. A proud affiliate of the AFL-CIO, SAG-AFTRA has national offices in Los Angeles and New York and local offices nationwide representing members working together to secure the strongest protections for entertainment and media artists into the 21st century and beyond. Visit sagaftra.org and follow @sagaftranews for breaking news from SAG-AFTRA.