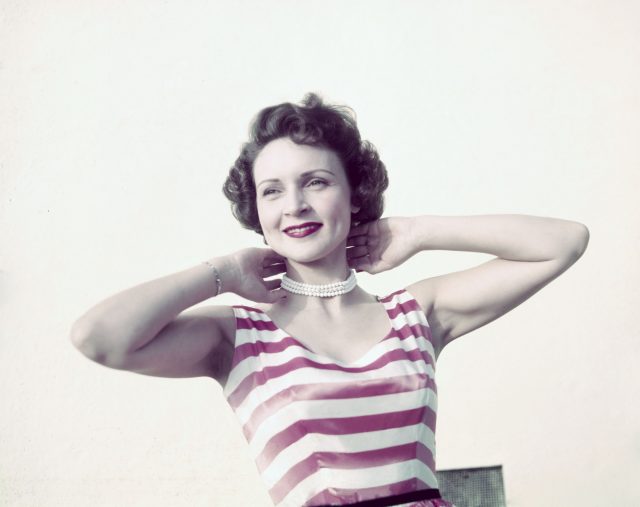 LOS ANGELES (December 31, 2021) – SAG-AFTRA mourns the loss of SAG Life Achievement Award recipient Betty White, who died today at the age of 99. White, a beloved TV presence for decades, was the 46th recipient of the award, given for career achievement and humanitarian accomplishment, in 2009.

“Betty was the best! A kind woman, sensitive to the feelings of all animals. A talented woman blessed with a long life. She enjoyed being recognized by her peers in her lifetime and it was well deserved,” said SAG-AFTRA President Fran Drescher. “In this biz, in this town, to have that kind of longevity in one’s career is rare and wonderful. G-d bless you Betty, now you’re with all the doggies you loved and lost over the span of your 99 years!”

“Having had the privilege of working with Betty on the board of a local nonprofit, I can tell you that she was as lovable, humorous and generous in person as the iconic characters that found their way into the hearts and homes of millions of Americans across generations,” said SAG-AFTRA National Executive Director Duncan Crabtree-Ireland. “We have lost a truly magnificent performer and a wonderful humanitarian.”

During the SAG Life Achievement presentation, White underscored how blessed she felt to be included and accepted into the community of actors, adding that she cherished the respect and friendship of her fellow performers.

“I should be presenting an award to you for the privilege of working in this wonderful business all this time … Being in show business is like living in a small town. People greet you like neighbors, not like strangers. And through the mail you form friendships that last for years with people you’ve never even met,” she said. “Back when I first started it would never even have occurred to me to imagine such a thing as this moment. And I still can’t believe I’m standing here. This is the highest point of my entire professional life.”
About SAG-AFTRA

SAG-AFTRA represents approximately 160,000 actors, announcers, broadcast journalists, dancers, DJs, news writers, news editors, program hosts, puppeteers, recording artists, singers, stunt performers, voiceover artists and other entertainment and media professionals. SAG-AFTRA members are the faces and voices that entertain and inform America and the world. A proud affiliate of the AFL-CIO, SAG-AFTRA has national offices in Los Angeles and New York and local offices nationwide representing members working together to secure the strongest protections for entertainment and media artists into the 21st century and beyond. Visit sagaftra.org and follow @sagaftranews for breaking news from SAG-AFTRA.