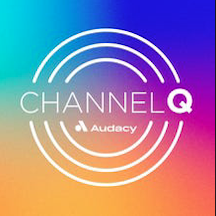 CHANNEL Q presents itself as “an innovative media destination built for and by the LGBTQ+ community and our allies. We strive to offer exceptional programming that will entertain, inform, and inspire our listeners by giving everyone a voice.” 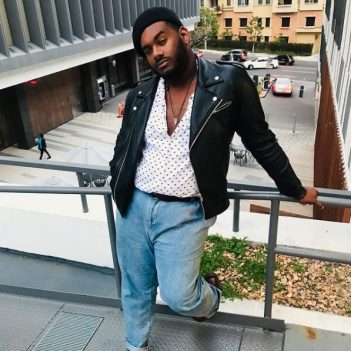 From the channel’s webpage, CHANNEL Q’s mission is guided by a commitment to five core values, including promoting and supporting the LGBTQ+ community; offer quality entertaining, informative, and empowering content; end LGBTQ+ discrimination; build and support organizations that serve the community; a commitment to openness, discussion, diversity, inclusion, and partnership. But they left out Ryan Mitchell’s cattiness and oftentimes disrespectful comments. It’s clear to me, his mouth filter needs to be changed from time to time.

Admittedly, I was excited to discover the show while stuck in traffic on the I10 just outside of Palm Springs, scanning the car radio for some tunes. Ever since, when in the car, between the hours of 4 and 7 PM, I listen to Let’s Go There. But not so much as of late thanks to many of Ryan’s disconcerting and mean-spirited jabberings. Thus, putting him on the low end of the spectrum with Shira at the other. Miss Lazar is much like the voice of reason and Ryan, well, much like a children’s Explosion Box novelty toy—confetti and cloth-covered springy snakes included. Once opened, like his mouth, the contents fulminate ALL over the airways. 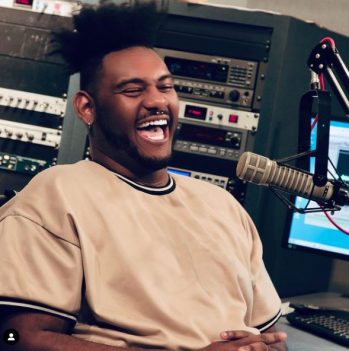 Let’s Go There indeed offers valuable information and discussions important to the LGBTQ+ community as it does to people from all walks of life. I’m quite impressed with CHANNEL Q when it comes to their guests addressing a varying range of important social, political, and those regarding health issues. Plus, they play some awesome music.

Ryan does add humor to the program when he behaves, as both he and Shira make a great team. They are well-versed in the needs of the LGBTQ+ community. It’s evident Ryan didn’t one day suddenly crawl out from under a rock. He does have street smarts and knowledge, but at times, he seriously does need to know when to think before he speaks. Certainly, being someone in a position to influence the actions of others. Mitchell needs to watch his step, or mouth rather. At a point, he is no role model maternal for CHANNEL Q’s young LGBTQ+ listeners. 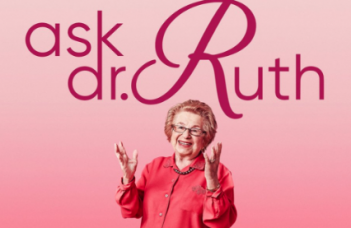 My distaste for Ryan began when he egregiously disrespected 93-year-old Dr. Karola Ruth Westheimer’s age, known as Dr. Ruth. The well-respected German American sex psychosexual therapist: a true pioneer in the field, media personality, author of 45 books, and a radio and television talk show host. Dr. Ruth Westheimer became a beloved advisor on sex. And it all started in 1980 (at the dawn of AIDS, then the mysterious gay cancer), as a taped fifteen-minute late-night radio show, Sexually Speaking airing Sundays on WYNY-FM (NBC) in New York.

Dr. Ruth is a Holocaust survivor. Her father was taken by the Nazis and later killed in the Auschwitz concentration camp. Her mother and grandmother as well became casualties of the Holocaust. Orphaned at the age of 16, a young Ruth moved to Israel and joined Haganah, an underground Jewish military organization where she trained as a sniper. In 1950, Ruth moved to France. At the University of Paris, she studied and then taught psychology. In 1956, Westheimer immigrated to the United States. She received her M.A. Degree in sociology from The New School. To follow, an Ed. D degree from the Teachers College at Columbia University. 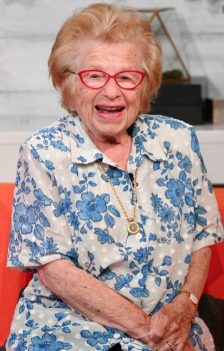 A forward thinker and well ahead of her time, Dr. Ruth was like everyone’s grandmother—showing great care and tremendous compassion for her audience. Her demeanor, always upbeat and professional with a giggle that warmed the heart. The person most people felt more comfortable talking about the not-so-easy subject of sex than with their parents and even their partners, and husbands and wives. During that timeframe, she hosted a number of series on the Lifetime Channel as well as other cable television networks up until 1993.

The format, taking calls from viewers with questions covering many issues surrounding sex: sex education and health addressing STIs and STDs, the complexities of relationships, and emotional struggles of breakups and divorces. Her contributions to society are not to be overlooked, and her dedication to sexual health—both physically and mentally is to be admired and celebrated.

In a segment of Let’s Go There, Ryan Mitchell shouldn’t have gone there. He just wouldn’t stop talking about how ancient Dr. Ruth was in years. Paraphrasing, not having the segment transcripts, basically stating she was as old as dirt. He took that joke all the way to the edge of the cliff, that I’m surprised Mitchell didn’t fall over and die from the steep fall.

Mitchell apparently doesn’t know that Dr. Ruth Westheimer is a long-standing supporter of the LGBTQ+ community. That in the 1980s, she spoke up for gay men at the height of the AIDS epidemic as she did loudly for the LGBTQ+ community when it wasn’t popular for a media figure to ally publicly concerning homosexuality (GLAAD, Jeremy Blacklow, Director of Entertainment Media, May 2, 2019).

If he did, Mitchell should be fired! Otherwise, he needs to make a HUGE public apology on Let’s Go There with Shira & Ryan.

Just yesterday (Monday, May 5, 2021), Ryan was at it again concerning Britney Spears’ recent Instagram posts addressing the documentaries on her amid conservatorships. Mitchell chimed in about some of her past public actions causing concern of her mental state, going as far as stating something to the verbiage (I’m paraphrasing again): I really think there is something seriously wrong with her. I suggest that Ryan look in the mirror and address his issues and let Britney and those looking after her see to her needs, including her well-being.

Jesus, Ryan, Britney is one of the best-selling music artists of all time. To her credit, having sold 100 million records worldwide. That includes some 70 million digital singles and albums. I seriously doubt you have an ounce of her talent. And concerning Dr. Ruth, call me when you’ve written your first book much less 45. It’s not your place, nor should you shit-talk either Dr. Ruth’s age, or offer any personal comments on what you think Miss Spears’ mental state is past or present. 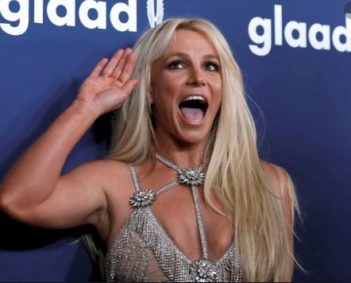 You idiot, Miss Spears’ is a recipient of the GLAAD Vanguard Award, presented to her in December of 2016. “Spears is a longtime supporter of the gay and transgender community,” GLAAD said in a statement. “She has spoken out against bullying of LGBTQ youth, publicly opposed bills in Texas that would have restricted transgender rights and participated in a musical tribute that honored the victims of the 2016 mass shooting at a gay nightclub in Orlando. She has also supported gay marriage, and last year wrote an open “love letter” to the LGBTQ community that read: “Your stories are what inspire me, bring me joy, and make me and my sons strive to be better people (Reuters, Nichole Groom, December 12, 2016).” Yeah, Ryan, so much for you supporting your allies! As I see it and from what I’ve heard come out of your mouth, you are a platinum, card-carrying member of the Bitches’ Gossip Club of America.

Some weeks ago, you were throwing your two cents in, well more like ten bucks worth concerning the young transgender girl that raised money so she could go to court to have her name legally changed. God, I wanted to hit my head against the steering wheel of my car a few hundred times as you were going on and on and on, that later on in life she might feel it was a mistake among other things. News flash, Ryan: that’s not your call! Whatever her age, she likely knows she was born in a boy’s body and not the one she is psychologically.

Mr. Mitchell, if you are going to stick to CHANNEL Q’s core values and want to be respected as a member of the LGBTQ+ community, then you must respect other people and not trash them. I suggest you state the facts of the news and limit your personal views. You are the only person that knows the intimate things that live and die between your heartbeats, because of the indisputable fact that only your heart beats in your chest. Therefore, you are not privy to those of other human beings, including Miss Spears and the transgender girl who raised money to attempt to have her name changed. I suggest you give that some thought. Until then, I won’t be listening to Let’s Go There with Shira & Ryan. On the other hand, I would—if there was a prompt on my car radio to mute you.