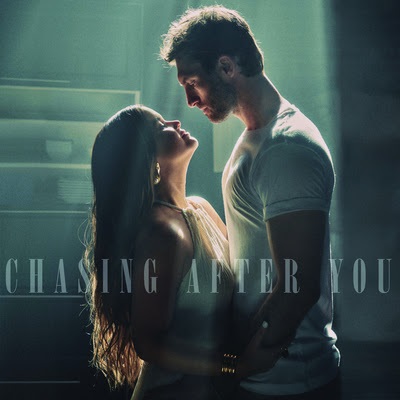 February 12, 2021—Ryan Hurd and Maren Morris debut their first official duet as a married couple today, “Chasing After You”— listen HERE and watch the music video HERE. The couple also spoke with CBS This Morning’s Anthony Mason about the collaboration, watch HERE.

Arista Nashville singer songwriter Ryan Hurd has garnered more than 382 million career streams worldwide and caught the attention of entertainment tastemakers including Esquire, GQ,  Maxim, American Songwriter, Billboard, People, NBC’s “TODAY” and more. With co-pen credits on some of country music’s biggest hits by Blake Shelton and Luke Bryan, the Kalamazoo native continues his hit-producing path with “Chasing After You,” which follows his 2020 EOM EP featuring “Every Other Memory,” dubbed one of the “Best Songs of April 2020” by TIME. His 2019 Gold-certified Top 20 song “To A T,” went #1 at SiriusXM The Highway’s Hot 30 Countdown.

Maren’s triple Platinum single “The Bones” from her 2019 album GIRL is nominated for Best Country Song at the upcoming 63rd Annual Grammy Awards. The song dominated 2020, topping the Billboard Hot Country Songs chart for 19 consecutive weeks—the longest #1 by a solo female musician ever and the first solo female multi-week #1 since 2012. Maren also won Female Vocalist of the Year, Single of the Year and Song of the Year at the 2020 CMA Awards, plus Female Artist of the Year and Music Event of the Year at the 2020 ACM Awards. GIRL shattered the record for the largest ever debut streaming week for a country album by a woman and was named Album of the Year at the 2019 CMA Awards, where Maren was the most nominated artist. The Grammy-winning artist kicked off 2021 with a performance of her protest song in support of Black Lives Matter “Better Than We Found It” on “The Late Show with Stephen Colbert” as well as a collaboration with Grammy-nominated singer, songwriter and multi-instrumentalist JP Saxe “Line By Line.”