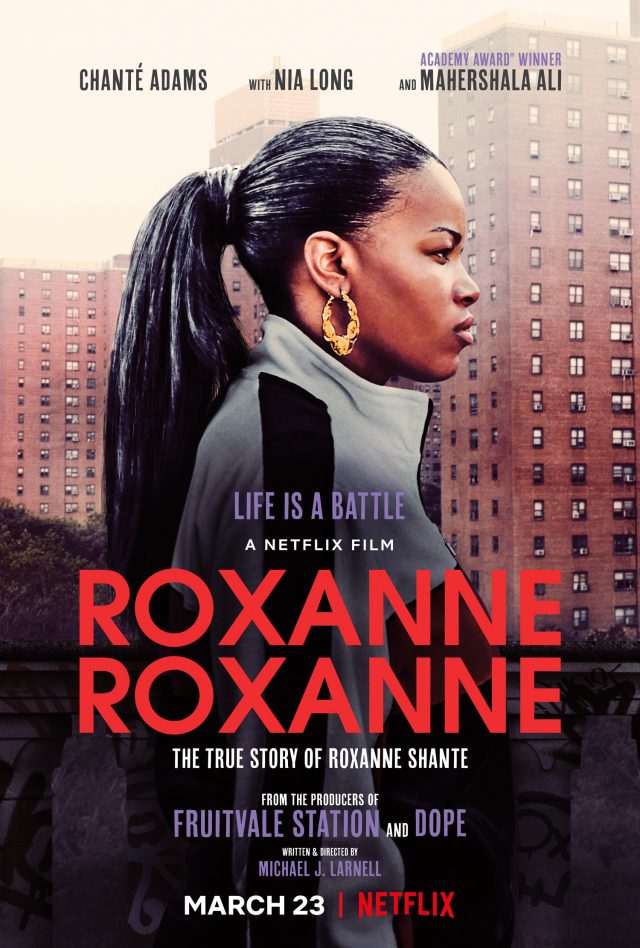 Hollywood, CA (The Hollywood Times) 09/25/18 – Roxanne Roxanne written and directed by Michael Larnell is a biopic of Roxanne Shanté. Born and raised in the Queensbridge projects – the largest public-housing development in North America and one of the epicenters of hip-hop culture – Shanté began rapping at age 10. Her mother entered her into a local rap battle where she won the $50 pot. Soon, Lolita – her birth name – was hustling to provide for her family, fighting the dangers of the streets while beating older teenage boys from across the projects. 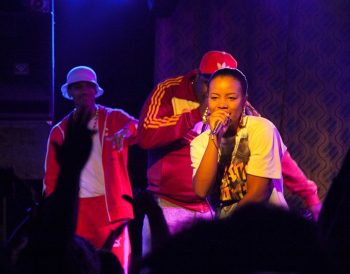 By age 15 – in 1984 – her neighbor Marlon Williams – aka producer Marley Marl – asked her to rhyme over a track he was making using the beats from an early hip-hop record, Roxanne Roxanne by U.T.F.O. The eponymous Roxanne in the song was dissed by U.T.F.O. for spurning their advances, so Lolita Shanté Gooden rechristened herself Roxanne Shanté — and fired off a profanity-laden rhyme from the girl’s point of view that mocked U.T.F.O. as lecherous losers.

The New York Times review states: “What distinguishes Roxanne Roxanne is that it marries a traditional hip-hop biopic, a form long dominated by male rappers, with a more idiosyncratic and deeply felt slice of life.” The male dominated world of rap and the films depicted are far more engrossing in that they share the music as the soul of the artist as well as the violence that they were born into.

The filmmakers don’t do this First Lady of Rap justice by making us feel just how radically unique she was on the scene and at such a tender age. Lady Sings the Blues showcased the powerhouse talent of Billy Holiday through Diana Ross’ portrayal. Here, the story is muddled with how disappointing all the men in Roxanne Shanté’s life are – her mother taught her young to not expect differently – by losing sight of the importance of this first female of rap’s place as a pioneer.

Certainly a film for young girls to grab a glimmer of hope that they too can compete and succeed but again, the take home is that she hit it big, hard and was left without good managers, record deals or was up for any awards for her seemingly easy path to stardom. Roxanne Shanté repeatedly states that she never wanted stardom and the script doesn’t make us care one way or the other about the outcome. There are many fine moments in the feature that tug at the heartstrings – but too much of the heart is left out.

A clearer directorial microscope or sharper editor would’ve made this film a contender in the very male dominated hip-hop/rap world that this remarkable young woman became a legend in.

It’s worth seeing if you want to see the usual struggles of a poverty stricken child from the projects that rises above as opposed to a meaningful bite of hip-hop history.

Roxanne Roxanne is streaming on Netflix.