Howdy, folks! Today, we’re bringing you a sneak peek at some of the excellent panels we have in store for you at our three-day AMERICANAFEST conference this fall.

From an interview with a masterful songwriter to revisiting a historic music festival, check out these panels below and stay tuned for over 50 more to be revealed as we get closer to September.

Join iconic artist and songwriter Rodney Crowell in a sit-down interview with journalist John Seigenthaler to discuss the stories behind his most profound lyrics as detailed in his upcoming book, Word For Word. Crowell’s compositions have been recorded by Etta James, Bob Seger, Johnny Cash, Emmylou Harris and Keith Urban, in addition to his own chart-topping success. Listen to what inspired Crowell to write Word For Word, as he shares an intimate look at his career that placed him in the stratosphere of songwriting giants.

Rising from the ashes of the 1965 Watts Rebellion, the Los Angeles neighborhood that was affected held an annual music festival. Then in the summer of 1972, Stax Records joined in to fully supply the festival with their A-List artists to help fortify and restore the community’s spirit. The result? Wattstax. Hear from the former owner and president of Stax Records Al Bell and other pivotal trailblazers that helped triumph a musical event for the Black community in a changing society.

Set to release his first album in over 40 years, Tommy McLain is returning to his roots in a genre he helped define. Hear the “swamp pop” multi-instrumentalist speak with author and journalist Holly George-Warren on the evolution of his songwriting and how it reflects not just his life, but all of ours. Listen to the 1960s pioneer discuss his newest LP I Ran Down Every Dream and how he created the record with the help of co-writers and collaborators Elvis Costello and Nick Lowe.

Interested in attending? Our conference brings together today’s top music industry players and artists to The Westin Nashville for unforgettable insight you won’t find anywhere else.
Whether you’re looking for advice on that next career step as a DIY artist or the latest on current industry trends, come hear from leading experts and those who’ve impacted our growing Americana community for over two decades.

At $449* ($349 for Americana Music Association Members), Conference + Festival Passes are the ultimate key to all that AMERICANAFEST has to offer over four days filled with panels, showcases and special events. Plus, Conference Passholders have first dibs until July 21 on tickets to the Americana Honors & Awards on Sept. 14.

Not sure which pass to buy? Figure out which experience is right for you here. 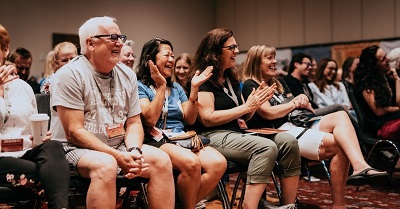