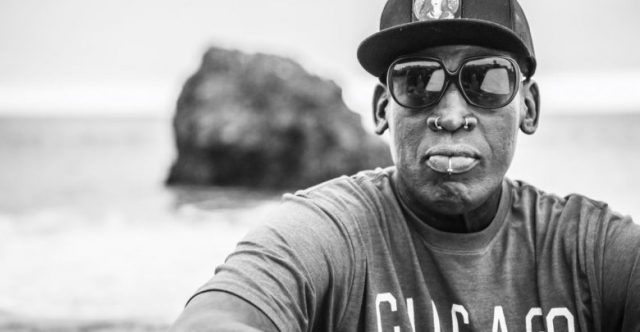 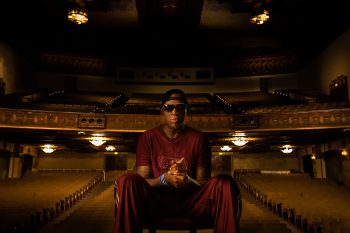 ESPN will debut the next documentary in the Peabody and Emmy award-winning 30 for 30 series with “Rodman: For Better or Worse” the unfettered and definitive look at the life and career of Dennis Rodman. The film, directed by Emmy-winning director Todd Kapostasy, will premiere on Tuesday, September 10, at 9 p.m. ET on ESPN.

The movie available Sept 10 – Oct 1 via the ESPN app on demand.

After Oct 1, then it is available exclusively on ESPN+

“From childhood abandonment, to superstar basketball player to adult abandonment, to the protagonist (Dennis) metaphorically ‘killing’ himself, to what he would be reborn into… Dennis Rodman just got solid, man!”

On the basketball court and beyond, the story of Rodman is a study of the power and perils of fame, and how complicated identity can be. Rodman’s revealing interview throughout the film is central to the documentary as Kapostasy explores his exploits and accomplishments, creating an unflinching look at the costs and realities of the path he’s taken. He opens up about personal relationships, his career highs and lows, and his foray into international diplomacy through his relationship with North Korea’s leader Kim Jong Un.

About the Director | Todd:

Kapostasy is a seven-time Emmy Award-winning director and producer. In 2016 he wrote and directed a documentary on the Chicago Cubs, “Confessions of a Cubs Fan,” and a year later, “Making Tar Wars,” a documentary on the story of George Brett’s pine tarred bat. In 2018, Kapostasy premiered his short film “Run” at the Tribeca Film Festival, the story of Robert Young, an ultra-marathon runner attempting to set a record by running across the United States amid allegations of fraud.

Dennis tries to blank out his childhood. Very a clingy child.  Dennis’ father left when Dennis was 3 years old and affected Dennis more than his sisters. He was really shy, very needed. His sisters protected him and they dressed him up as a girl.  He was always with his sisters, playing house with them as a child. He was with his sisters all the time. He was bullied all the time because he never fought back.

High School was designed where ones adolescent cliques were housed. He struggled to find any place in this High School Class Clique system. He quit the basketball team and football team while his sisters went on to win scholarships in for basketball in college.

Dennis didn’t have anything going for him and led to the inferiority complex and further caused him to close himself into a shell.  His first job was a janitor at the Dallas Fort-Worth Airport. This was the beginning of the end of Dennis’ young adult life.  He would steal not knowing they had cameras everywhere. That’s the earliest sign that Dennis was trying to find himself by giving things away to people to make them accept him and like him.  He didn’t sell what he stole just, gave them away to make people like him. How many times have you been like Dennis where you fought to be liked by your peers?

This scared Dennis to the core…it’s not a game anymore. Over the next two years, Dennis laid around the house and his mother read him the riot act.  Do something with your life or get the hell out, I’m paraphrasing of course. He accepted homelessness as a way of life and he felt abandoned. That put a wedge between him and his mom but this is what Dennis made him what he is today!

Then, a growth spurt… 11 inches. One day he was 5’-8” and shortly thereafter he was 6’-8”.  In summer of 1982 he got noticed but he flunked out of school and was on the streets again for the next 6 months.  Dennis was at Cooke County Community College and his mother allowed him to stay in her house if he spoke to the Southeastern College coach.  He was like a diamond in the rough, the coach said so off to Durant, OK Dennis went. He faced the n-word throughout the community but it didn’t faze him at all. One thing about Dennis, he never saw it as a black and white thing. He was still naive about being black in a white community.  He was validated by the racist taunts he got and was just trying to make people, like him.

He tried so hard to be accepted that he found solace in a new friend, 13 year old Bryne Rich and for some reason, these two unlikely people bonded. Dennis was 22 and was like a kid still playing nerf with Bryne.  Bryne became the “ball boy” for the team. It was the first time Dennis was accepted.

Dennis was passionate about basketball and no one taught him how to rebound or hook or anything. Rodman accelerated in his craft and found his niche.  This was what provided him the self-esteem and confidence for him and the Rich family took him under their wing. Treating Dennis like he was one of the family.

It was culture shock beyond belief… milking cows on a 600 acre farm and on a tractor.  He destroyed racial barriers and was accepted into a white family in Durant, OK and they gave him a home and now, his own mother started paying attention to him.  Dennis did exactly the same thing his father did to him!

How many times have you been shy, quiet and acting like a kid as an adult because you lost your childhood for one reason or another.  Dennis is the kind of guy that would order milk in a bar.  A disarming, charming and magical psyche, introverted person that was a kid in a 6’8″ body.  Dennis searched for people that would like him and take him under their wings. He had a free spirit and knew one thing: PLAY HARD!

Dennis reminds me of Meadowlark Lemon with the Harlem Globetrotters. He was a genius, on another level, from another universe and one man show without ever scoring a single point!  How was that possible?  I know, Dennis Rodman!  Rodman was the reason the Detroit Pistons got the name: THE BAD BOYS!  Did the bullying that Dennis endured as a child manifest to be the Bad Boy he was always bullied by?

Dennis is the embodiment of a conflicted man, a man in the moment and a man that finally got accepted and a man who cried, a lot! He cried during a news conference and at a time when ‘you are supposed to be a man, and men weren’t supposed to cry, Dennis didn’t care. He is a true human.  What he had sought throughout his whole life was found with the Detroit Pistons without even knowing it.  It was the most pure he was until times changed.  Business was business and Dennis felt it was family and then abandonment issues returned, the rejection and family was not business and business was not family.  Bet you didn’t know he had a daughter? But was Dennis ready for fatherhood?

From childhood abandonment, to superstar basketball player to adult abandonment, to the protagonist (Dennis) metaphorically ‘killing’ himself, to what Dennis would be reborn into had to be on his terms, the New Dennis Rodman.  Watch 30for30 and see what Dennis went through a then to the chrysalis to become the Dennis Rodman we know today. Witness The Legend of Dennis Rodman, the Demolition Man that got rid of the old, and the rebirth of the new… and…well, Dennis? He just got SOLID, MAN!