Rocky “Soul Man” Johnson, a former professional wrestler who was the father of Dwayne “The Rock” Johnson, died yesterday at age 75. 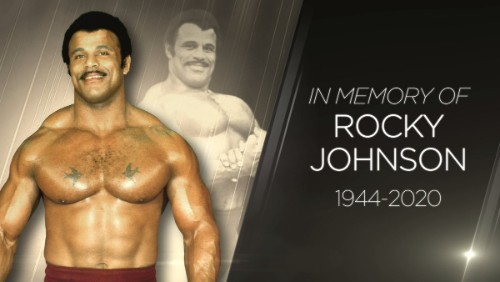 The death of Rocky Johnson, whose real name was Wayde Bowles, was announced Wednesday in a statement by World Wrestling Entertainment. His manager confirmed the news to NBC News but did not share details on the cause of death.

Rocky “Soul Man” Johnson, a former professional wrestler who was the father of Dwayne “The Rock” Johnson, has died at age 75.

Dwayne Johnson went on to say that his father raised him with tough love that shaped him and helped him learn the value hard work and discipline.

“He raised me with that tough physical love and used to beat my a– in the gyms and on wrestling mats,” he wrote. “I hated it then as a little boy, but grateful for it today as a man.”