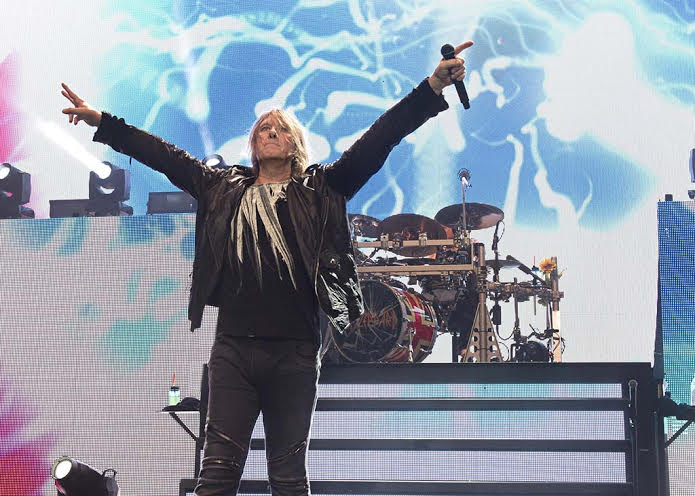 Other Highlights of the ‘Saturday Stack: Hard N’ Heavy’ Marathon Include Dan Rather’s Sit Down with Lindsey Buckingham, In-Depth Profiles, and Concert Films from Lynyrd Skynyrd and Foreigner

As well as the 2016 Classic Rock Awards Hosted by Dave Mustaine, with Appearances by Jimmy Page, Kirk Hammett, & Cheap Trick, Among Others

LOS ANGELES – July 18, 2017 – The “Rock Of Ages” keeps rollin’ on AXS TV, as the network presents an epic day of music in the ‘Saturday Stack: Hard N’ Heavy’ block—a hit-fueled marathon featuring unforgettable appearances and performances by some of rock’s greatest artists on Saturday, July 29. The day begins at 1pE/10aP with Lindsey Buckingham on THE BIG INTERVIEW, as the versatile guitarist sits down with Dan Rather to discuss his passion for music, his early collaborations with Stevie Nicks, and the chance encounter with Mick Fleetwood that changed their lives forever; followed by ROCK LEGENDS: FLEETWOOD MAC at 2pE, a 2014 profile taking fans behind the scenes of the band’s unparalleled legacy and featuring music videos for “Dreams” and “Landslide.

Get “Thunderstruck” at 2:30pE, as director Tom Odell gives viewers an extensive look at AC/DC, using interviews, concerts, and rare footage to tell the story of one of rock’s most influential bands in the 2013 documentary AC/DC: DIRTY DEEDS. Then, “Juke Box Heroes” Foreigner take the stage to perform some of their biggest hits including “Hot Blooded,” “Cold As Ice,” and “I Want To Know What Love Is” in the innovative 2015 concert FOREIGNER: LIVE IN NEW YORK, at 3:40pE. And, at 5:20pE, heavy metal mainstays Guns N’ Rosesinvade Sin City to perform genre-defining classics “Welcome To The Jungle,” “Paradise City,” “Sweet Child O’ Mine,” and many more, in GUNS N’ ROSES – APPETITE FOR DEMOCRACY – LIVE AT THE HARD ROCK CASINO.

The block continues at 7:55, as beloved metal masterminds Def Leppard pour some sugar on Michigan with a roaring set featuring “Pour Some Sugar On Me,” “Photograph,” “Let’s Get Rocked,” “Animal,” and “Foolin’” in DEF LEPPARD… AND THERE WILL BE A NEXT TIME: LIVE FROM DETROIT. Next, Fleetwood Mac brings their smash Say You Will Tour to the FleetCenter for a signature concert that includes “Rhiannon,” “Gypsy,” “Gold Dust Woman,” and “Go Your Own Way” in FLEETWOOD MAC, LIVE IN BOSTON, at 9pE with an encore at 1aE. And music legends come together to honor Southern Rock pioneers Lynyrd Skynyrd with a star-studded event featuring heartfelt performances by Peter Frampton, Gregg Allman, Cheap Trick, and more, in LYNYRD SKYNYRD: ONE MORE FOR THE FANS at 11:05pE.