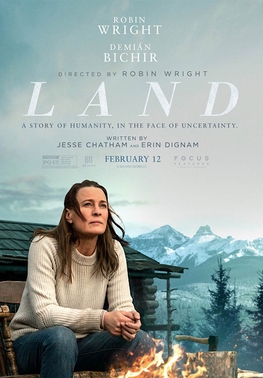 Land is Now Available in Theaters or From the Comfort of Your Home.

Land is the poignant story of one woman’s search for meaning in the American wilderness. Edee (Wright), in the aftermath of an unfathomable event, retreats to the magnificent, but unforgiving, wilds of the Rockies. After a local hunter (Demián Bichir) brings her back from the brink of death, she must find a way to live again. 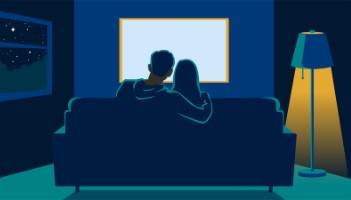 Watch a theatrical film from the comfort of your own home

Let us help you find the best way to watch 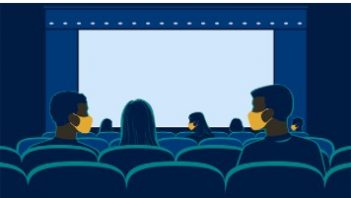 Find showtimes at a theater near you

Land is a 2021 drama film directed by Robin Wright in her feature directorial debut, from a screenplay by Jesse Chatham and Erin Dignam. It stars Wright, Demián Bichir and Kim Dickens. The film had its world premiere at the 2021 Sundance Film Festival on January 31, and was theatrically released in the United States on February 12, 2021, by Focus Features. It received generally positive reviews from critics.

After a woman experiences an unspeakable tragedy, she retreats to an isolated cabin. Surviving hardship and a near-death experience in the wilderness, and a surprise friendship, she must become comfortable living again.