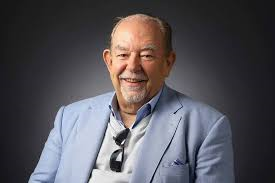 Robin Leach, the debonair TV host who regaled audiences with talk of “champagne wishes and caviar dreams,” has died, his publicist confirmed to CNN.  He was 76.

John Katsilometes, a writer for the Las Vegas Review-Journal, where Leach was working as a columnist before his death, said on Twitter Leach had suffered a stroke and had been hospitalized since November.

“Despite the past 10 months, what a beautiful life he had. Our Dad, Grandpa, Brother, Uncle and friend Robin Leach passed away peacefully last night at 1:50 a.m.,” the family said in a statement. “Everyone’s support and love over the past, almost one year, has been incredible and we are so grateful.” 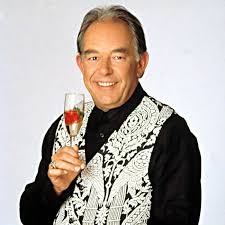 Robin Douglas Leach (29 August 1941 – 24 August 2018) was an English entertainment reporter and writer from London. Beginning his career as a print journalist, first in England and then in the United States, he became best known for hosting the television series Lifestyles of the Rich and Famous from 1984 to 1995. The show focused on profiling well-known celebrities and their lavish homes, cars and other materialistic details. His voice is often parodied by other actors with his signature phrase, “champagne wishes and caviar dreams.” (Wikipedia)

Queen Elizabeth II, The Rock of England has gone on to be with her beloved Phillip at age 96