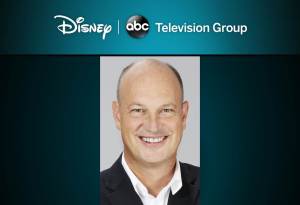 Respected Disney executive Robert Langer has been named executive vice president and chief financial officer, Disney|ABC Television. It was announced today by Ben Sherwood, co-chair, Disney Media Networks & president, Disney|ABC Television, to whom he will report. Langer replaces Peter Seymour, who, after 20 successful years with the company, announced his plans to depart the group last November.

In making the announcement, Sherwood said, “A superb financial manager and strategist with deep roots in The Walt Disney Company, Robert is a proven leader and problem solver who brings broad domestic business experience and deep knowledge of the international marketplace.  Robert is a strong addition to the Disney|ABC leadership team, and we are all delighted to welcome him back to Southern California.”

“I’ve long been impressed with the Disney|ABC business, and I’m thrilled to be given this new opportunity and excited about the prospects,” added Langer. “I look forward to not only working with the talented financial, strategy and business development teams, but also collaborating with colleagues across the group’s channels and brands to grow and evolve our businesses.”

Prior to this announcement, Robert Langer served as The Walt Disney Company’s country manager for Germany, Switzerland & Austria (GSA), leading all Disney operations and businesses within this region. In this role, he made GSA one of the fastest-growing markets worldwide within the company. He also launched a new, nationally distributed TV channel to top performance, complete with state-of-art digital extensions.

Langer joined Disney in 1999 as director, Business Development, Global Licensing. In 2007 he was appointed chief financial officer for the global Disney Consumer Products (DCP) division, responsible for finance, accounting and business development functions and overseeing the division’s information technology function. He was appointed general manager for DCP EMEA in 2009, responsible for DCP’s merchandise, publishing and The Disney Store’s business in Europe. Previous positions within Disney include roles at Walt Disney Parks and Resorts, where he served as chief financial officer, Disneyland Resort and chief financial officer, Global Segment Operations.

Before coming to Disney, he worked at The Boston Consulting Group and ART Concerts Company, located in Munich, Germany.

Robert Langer has an M.B.A. from University of California, Los Angeles, and holds a business degree from the University of Munich.