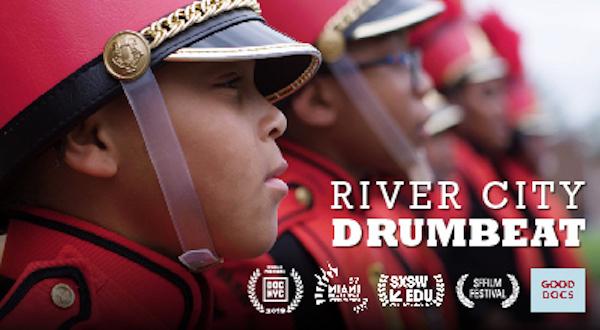 Los Angeles, CA (The Hollywood Times) 7/31/2020–“ We are honored to be entrusted with the stories of Edward White and the drum corps he began with his late wife Zambia Nkrumah in Louisville, Kentucky thirty years ago. Over the last twenty years of filmmaking, we have both been drawn to stories about people who shine through negativity by creating community and connection with music and the arts. The drum corps philosophy—that communities need to provide time, resources, and mentors so that every child has what they need to thrive—resonates deeply with our own values.” Directors’ Statement-Marlon Johnson and Anne Flatté

Knowing who you are, where you come from, and those who came before you are very important keys to moving forward and excelling in life. Edward “Nardie” White, leader and co-founder of the River City Drumbeat Corp, is very much aware of the importance of knowing one’s cultural history and identity. He is intent on instilling cultural values into each young person he mentors. River City Drumbeat is a 95-minute documentary film that will take viewers on a journey that will inform, inspire, and entertain them.

In an SXSW EDU interview, River City Drumbeat directors, Anne Flatté and Marlon Johnson shared how they became involved in making the film.

“Marlon (Johnson) and I are the directors of the film and we came to this project through our producer Owsley Brown, who is from Louisville. Marlon and I had worked together on a music series before but we each have a long history separately at working on music-related films. And when we heard about this story of River City Drum Corp, we knew that this was a story that we wanted to explore together.”

“When we met Mr. White and found out about the work that he was doing and had been doing for thirty years and the results, we just started exploring that idea together. That was four years ago that we started working on this project in earnest and a lot of things came together and one of them was when you (Marlon) had that amazing first week with River City Drum Corp.”

“I met Albert (Shumake) and Mr. White and there wasn’t any real intention of making the film per se. It was more about whether or not we thought there was something there…”

“We met in the hotel lobby and we just sat and we all talked about all the similarities we had in life experiences… and we found so much commonality. When you’re making documentary films, it’s really a two-way street. It’s so much dedication that goes into it. We put in years of our time and of having the participants trust us. We have to be confident that it’s worth our commitment as well as theirs. And it was pretty immediate for me… and to know this is something special they have here (the River City Drumbeat story). Thank you Anne, for offering it as a partnership.” Director Marlon Johnson

“It was a story that clearly needed to be told. A very complex and important story,” commented Flatté.

River City Drumbeat is a powerful story of music, love, and legacies set in the American South. Edward “Nardie” White devoted his life to leading the African-American drum corps he co-founded with Zambia Nkrumah in Louisville, Kentucky three decades ago. Together they inspired youth from their West Louisville neighborhood to thrive by connecting them with the art and cultural traditions of their African ancestors. Now Albert Shumake, whose destiny was shaped by the drumline, must take up the mantle for the next generation. Meanwhile, student drummers Imani, Jailen, and Emily navigate adolescence and life changes.

River City Drumbeat follows this creative community of mentors, parents, and youth making their way in a world where systemic forces raise obstacles to fulfilling their dreams. 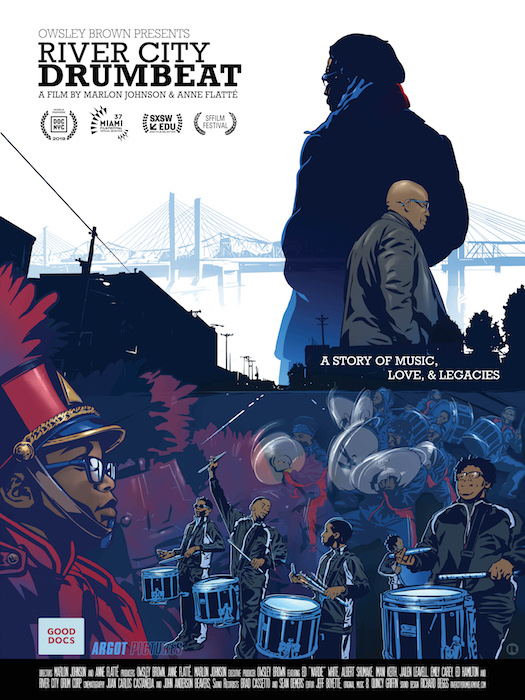