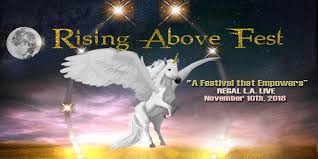 Los Angeles, CA () 11/14/18 – Rising Above Fest pushed past its debut year to become an established festival.  The second annual Rising Above Fest and Film Fest LA collaborated as “Two Festivals, One Mission” at Regal LA Live: A Barco Innovation Center on Saturday.

Founder/actress Summer Moore designed the Festival to show society that women deserve equal treatment; when gender, age, and size inequality are eradicated, she believes women will have the power and strength to “rise above”.  So naturally, her festival celebrates women who work to make the world a better place through Film, TV, music, and fashion.  So far it’s off to a great start.

The festival was created as a female-driven enterprise.  The organization has partnered with Girl Uplifters Team, a youth organization that works for change for females.  Several of Hollywood’s child actresses are involved, and were in attendance at RAF. 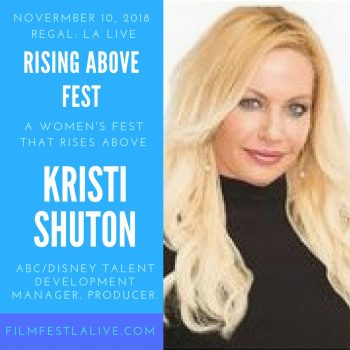 This year, a celebrity panel entitled “Being Successful in a Male Driven World: How Women Rise Above” was held, hosted by comedian/actress/writer Lisa Ann Walter was a centerpiece of the event with panelists Patrika Darbo, Kaitlyn Yang, Mary Madeiras, Rosa Blasi, Cinda Snow, and Kristi Shuton.  They brought the hard-earned prestige that comes from being a working actress in a difficult, and highly competitive industry.

“Once you see her, you never forget her,” said Walter of Emmy-winning panelist Patrika Darbo of Dexter, The Bold and the Beautiful, and Days of Our Lives.  These words could have been applied to virtually any of the participants at Rising Above Fest.  They are a remarkable group of women with ambition and energy that just won’t quit. 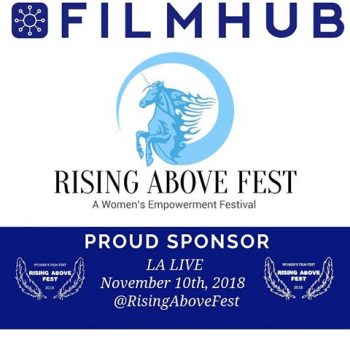 The festival’s future—young actresses with big ideas, made a strong showing as well.  Olivia Clark, who founded the Girl Uplifters Team along with her mother Aimee Zakrewski Clark and sister Maya was in attendance. Raegan Revord of Young Sheldon, Lidya Jewett & Miya Cech of The Darkest Minds, MacKenzie Hancsicsak of This is Us, Shiloh Nelson of Tomorrowland, Maya Le Clark The Thundermans star, Lily Kincade of American Idiol, and Alexis Celeste of Youtube fame also lent their voices and faces to the cause.

“Sometimes people are mad that they don’t look good,” said one of the children who was invited to the stage during the festival.  “But everyone has to remember that they have good looks”, she said to laughter.  Words of positivity from the wisdom of children. 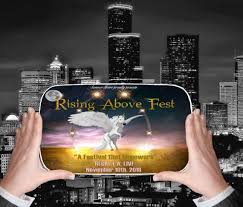 Learn more about Rising Above Fest (RAF) and find out how to submit to the festival can be found at www.filmfreeway.com/RisingAboveFest