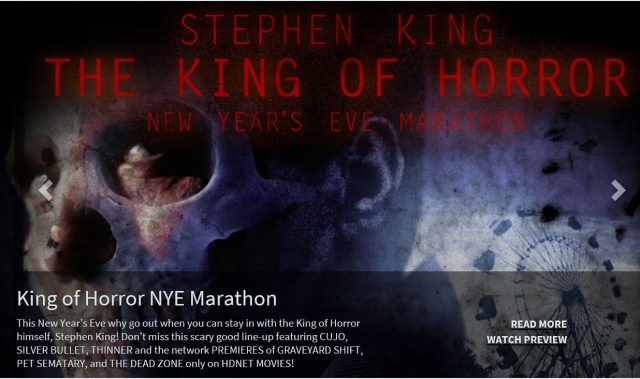 HDNET MOVIES unveils a lineup that is headlined by six sinister Stephen King adaptations in the New Year’s Eve ‘King Of Horror’ marathon. The night begins with an attorney under a gypsy’s curse in THINNER at 5:40pE. Then, Corey Haim and Gary Busey hunt a werewolf in SILVER BULLET at 7:20pE; a family man raises the dead in PET SEMATARY at 9pE; Dee Wallace fights a killer canine in CUJO at 10:50pE; Christopher Walken has visions of terror in THE DEAD ZONE at 12:25aE; and workers discover something lurking deep in the basement in GRAVEYARD SHIFT at 2:15aE.

HDNET MOVIES ‘The King of Horror’ highlights are as follows (all times eastern):