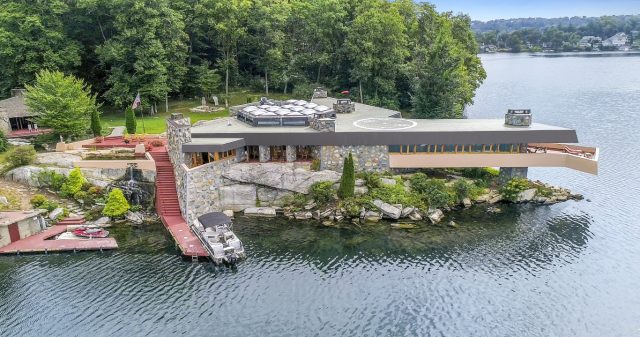 The most famous architect in American history, Frank Lloyd Wright designed over 1,000 structures, including Fallingwater, Johnson Wax Headquarters and the Guggenheim Museum. Roughly 50 miles north of New York City in the middle of Lake Mahopac on its own island, there is a stunning house cantilevered over the water that has had its share of controversy over whether or not it was designed by Frank Lloyd Wright.  Originally listed in 2012 at $20 million, it is back on the market priced at $9.95 million.