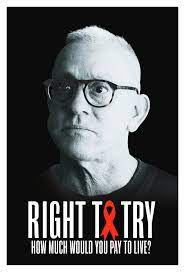 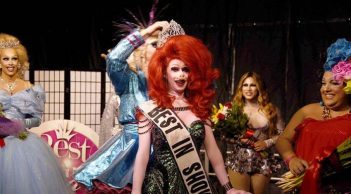 Los Angeles, CA (The Hollywood Times) 8/20/21 – Screening at Outfest 2021 on Saturday, August 21, 11:00 am at the Director Guild of America is a short film Right To Try (22 min., 2021), which precedes AIDS Activist: The Legend of Connie Norman. This small film by Zeberiah Newman looks at the business of HIV through the lens and experience of a long-term survivor of HIV, namely Jeffrey Drew, a 55-year-old man who works as a casting director and also directs the annual Best in Drag Show in Las Vegas. That show has raised over $5 million to help people living with AIDS to pay bills and meet basic expenses. Having been HIV positive for 34 years, Jeffrey Drew decided to join an experimental trial for a drug that might offer the positivity of a care for HIV. This film addresses the high cost of HIV treatments for those infected. Where the HIV cocktail drugs first made available in the mid-1990s used to cost about $15,000 per person per year, they now cost between $40,000 and $50,000 per person per year. Drug companies are in the business of treating diseases, not necessarily curing diseases and they are mainly interested in their profit margin.

There are 38 million people living with HIV – and while treating HIV is huge business for big pharma, finding a cure is not. Medical trials are being done in secret, out of reach of pharmaceutical companies that may try to shut them down. Jeffrey chose to participate in such a trial. Only his closest friends know. He does not inform his doctors, yet he lets the filmmakers into his life as he reveals his reasons for participating, and the ramifications he has to contend with during the process. The Right to Try Act, was signed into law May 30, 2018. This law is another way for patients who have been diagnosed with life-threatening diseases or conditions who have tried all approved treatment options and who are unable to participate in a clinical trial to access certain unapproved treatments. Clinical trials provide information about whether a product is safe to use and can effectively treat or prevent a disease. People may have many reasons for participating in clinical trials. In the case of Jeffrey Drew, he was putting his life on the line in search of a cure – if not for himself, for those who will come after him. 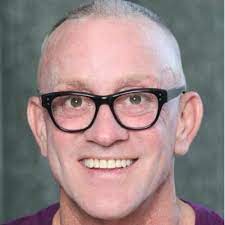 In the film, Jeffrey Drew begins his new drug therapy in the Summer of 2019. Nothing is actually revealed about the treatment in the film, but it is not clear exactly what drugs are being used or whether it is some kind of STEM cell transplant. Obviously, it is a risky choice and we see Jeffrey quite sick for several months, once he begins the experimental drug regimen. It seems to be a kind of Chemo with injections that he can do in part at home. The biggest problem with current HIV treatments is that HIV is now considered to be a manageable chronic condition – and HIV Advocacy groups oppose the Right to Try law. And Big Pharma, especially Gilead, is more interested in profits than saving lives. For example, the Truvada costs $8 a month in Australia and $2,000 a month in the United States, even though the research was paid for by U.S. taxpayers and not Gilead.

Even though HIV is still spreading at a frightening rate and people are still dying from AIDS, the media has moved on and abandoned HIV as a topic of concern for the general population. After four months into the experimental drug treatment, Jeffrey feels quite sick and is running out of money because he cannot work. In March 2020, COVID-19 halted the experiment for a while, but he was back on board in May 2020. By November 2020, he finished the treatment and went into the laboratory clinic to see what his condition was. What is Jeffrey’s condition at the end of the experimental drug regimen? Come and see the film to determine that for yourself. 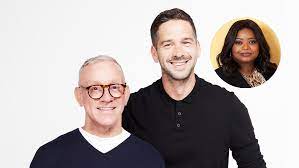 The short Right to Try screens at Outfest on Saturday, August 21, 11:30 am, right before AIDS Activist: The Legend of Connie Norman. It is possible that Octavia Spencer, who is one of the producers of Right to Try may be there, as well. Both films will be bundled together for online viewing from 8/22 through 8/24. To get tickets for the in-person screening or virtual streaming, go to: https://outfestla2021.com/right-to-try/  The same ticket covers both films.