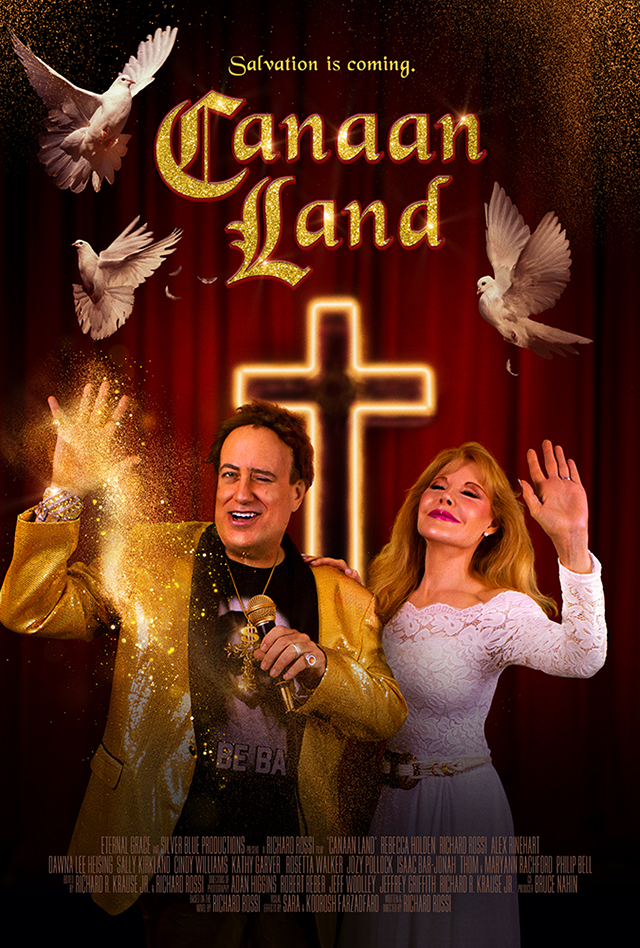 How has your experience in filmmaking led you to your feature, Canaan Land?

The first film I made, “Quest for Truth,” was a documentary investigating whether prayer helps with physical healing. While I was shooting, I was shocked to discover some well-known faith-healing televangelists were faking miracles. They hired actors and did magic tricks, sleight-of-hand gimmicks to trick gullible believers. Others were completely sincere in praying for the sick. So the story of CANAAN LAND started in my mind, as I began writing about a fake con-man preacher who falls for a sincere Christian woman and realizes his con game isn’t a game. My next two films were about a famous female evangelist in Hollywood in the 1920s, Aimee Semple McPherson. Her life experience was similar to my fictional story because she was a sincere faith healing pastor who fell for a con man named David Hutton, leading to her downfall. So these ideas were swirling in my head for a long time. My last feature was a biopic about my boyhood hero Roberto Clemente. He played for my hometown Pirates when I was growing up in Pittsburgh. My prior films enabled me to grow in my skill levels in the various components of filmmaking. I’ve been working on writing CANAAN LAND for 28 years. I mounted it as a play a few times and finally felt ready to make the movie and release it this year.

Why is Canaan Land so important to you?

CANAAN LAND is the most important work I have ever done. It brings together my writing, acting, directing, and music all to serve the purpose of telling a story that is important at this time. Brother Billy, the con man preacher I play in the film, is similar to many preachers and politicians today because he manipulates people with lies. Now more than ever, we need to be critical thinkers and not blindly follow leaders. Do the leaders walk the talk? Does the evidence support their claims? Another reason Canaan Land is important to me is that, in my young adult years, I worked as a pastor. I hosted a popular Christian radio show. My following grew bigger and bigger and at its peak, thousands of people were coming to my meetings. The church can become a personality cult. Even though I said “Look to God and not me,” many put a Messianic archetype on my shoulders that was too heavy for me to bear. They looked to me as their source for the interpretation of the Bible, and love and healing. I had to leave the subculture of evangelicalism in order to reclaim myself and my mind and creativity. To save my family and me, I quit preaching to crowds and tried to live my faith in a more organic and authentic way, ministering to people individually, in smaller groups, and through my art. I have for years ruminated on the differences between a toxic faith that hurts people, and a healthy faith that heals people. The two lead characters in Canaan Land, Brother Billy, and Sister Sara, (played by Rebecca Holden), embody this contrast between the fake and the true, the wheat and the tares. 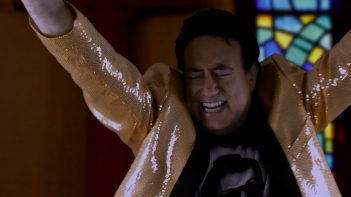 Tell us about your Oscar-qualifying film.

We are humbled that Canaan Land is under consideration for all categories. We made the film in DIY fashion. Our budget was less than the craft services costs for other films on the list. It was a labor of love, and I hope Academy members will take the time to go into the Academy Screening Room and watch Canaan Land.  Variety and TheWrap have mentioned our film being in the Oscar race and say we are a “longshot” and a “curiosity.” We know it is a David-versus-Goliath challenge when other films have millions to buy full-page ads in the trades, and wine and dine pundits who predict who will win, but we believe in our film and we hope it touches lives. Maybe we will be like a longshot horse at the Kentucky Derby that does better than people think. Whatever happens, I am grateful for the love, prayers, and support, from so many that enabled us to get this far.

One scene I like because of its spiritual power is a scene I shot on my cell phone of my fellow actor, Isaac Bar-jonah. He plays a young African American man who helps my character pull off the cons. I wrote the scene quickly on a piece of scrap paper and we drove to Fuller Seminary and shot it. Isaac’s character, Laz, talks about when Billy realized he was wrong and repents. Laz shares the impact Billy’s heart-change had on him. He describes how Billy, the master of manipulation, made everyone turn off their cell phones when they prayed for a little girl in a wheelchair. Billy told them “Spiritual matters are sacred. They are between the person and God. They are not to be exploited.” Those few lines hit me hard because they are the core of what I wanted to say.

What challenges did you face while filming?

We stole shots without permits, and a couple of times in public we were told to stop filming and put away our cameras by security. In these instances, we resumed filming on cell phones without the bigger equipment. We used this to our advantage and made the film documentary style. We took the lemons and made lemonade. It made things more real and became part of the narrative that different people were documenting the story of Brother Billy and Sister Sara with their cell phone cameras. 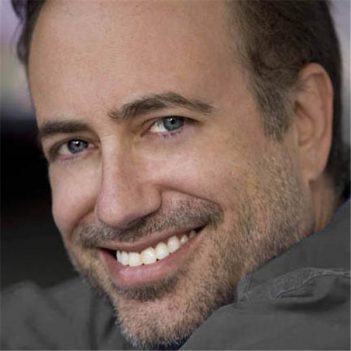 Tell us about your next film in pre-production which is based on his coming-of-age novel Stick Man.

Stick Man is almost like a bible to troubled teens and college kids, who relate to the main character, Jeremiah Young, and his journey towards turning twenty-one. He is sensitive and creative. He doesn’t fit in with what he calls the “normies,” the conventional people. The loss of his first love, Angel, throws him into a deep depression. The end of his journey is learning that he is enough. He learns to savor his solitude and grows into a grounded young man. Many readers have written me thousands of letters wanting a sequel to the novel. They want to know what happens to Jeremiah and Angel, so I am currently writing a follow-up novel, Naked and Not Ashamed, that revisits the characters decades later. I want to shoot two films based on both novels, at the same time, telling the whole story. I hope to shoot some of it in my hometown of Pittsburgh, where Stick Man takes place.