Los Angeles, CA (The Hollywood Times) 5/25/20 – You know what? It’s not about me. It’s about these extraordinary women today. So let’s meet them, shall we?

“We need to be able to see and connect with more people from both similar AND different walks of life. We may not get along with or have camaraderie with every member of our family. Celebrate our similarities and differences. At the end of the day, everyone’s human.”

“I’m an ally. I’m always trying to find and make a space.”

It’s a place where you can actually be “out” and just not feel alone. It makes me really sad that this year, that’s not happening. So being intentional about finding community and connected when you can’t go to Pride.

How does LaShawn McGhee describe herself? In her own words:

“I have a unique way of looking at the world. I’m a very practical person. Especially now. My preparation ability comes from-on some level-my military experience and being raised by a parent who served in the Navy. So what is necessary during the time we’re living in now.”

Firstly, if you haven’t had a chance to check out Revry.TV, you’re missing out on 4 unique channels, all streaming FREE FREE FREE right now! LGTBQIA+ programming with original short and longform content.

And here’s something my fellow LGBTQIA+ fam should be aware of:.

If you’re a filmmaker, whether an ally or a part of the LGBTQIA+ family, and you’ve produced a short or feature-length film that tells a unique perspective, you can submit your completed work to Revry for distribution consideration. And what’s even better is that, when I asked LaShawn and Alia what happens if there’s someone who’s not exactly “ready” in terms of production values, Revry will provide friendly, constructive, specific creative feedback and invite you to re-submit! How awesome is that?

Talk about meeting the moment, these women are the most intentional I have ever spoken with out of everyone I’ve ever met in the industry. Alongside Revry’s CEO Damian Pelliccione, Revry’s got a shiny new streaming app available for download now, and I truly believe this is something worth downloading. 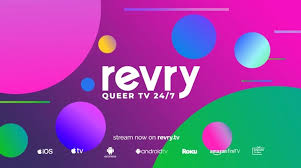 An honorable mention goes to Goldman-Sachs for partnering with the Revry team to make this app happen. I have to say it surprised me just a bit, pleasantly of course, but honestly, I’m just grateful that there is someone out there who supports LGBTQIA+ media visibility so much that they’re willing to put up the money it takes to make something both impactful and high-quality. Johnson says:

“It validates the space when large entities invest in short form content. It validates that short form has a place. Revry has always both short and longform content. We really want to create an ecosystem for queer content. But because of Quibi, we feel more validated by those more traditional people.”

On the subject of feeling validated, I followed up with  Alia to ask whether or not Revry has taken any of its cues from preceding LGBTQIA+ media networks like Logo, and if so, how much, and she said:

“Logo has been a ground-breaker in the [LGTBQIA visibility] space, and I think for us, what was really important was to take the opportunity to do something a bit different. Logo is a Viacom cable network, but Revry is an independent property. Anyone can have an app now, especially for LGBTQIA, there wasn’t much out there. It really was important for us to make sure that we were seeing all of the different colours of the alphabet. We weren’t seeing one place for everyone to be.” 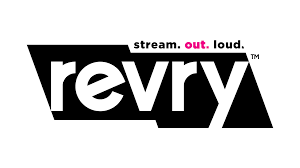 LaShawn added some fantastic insight to the discussion as well when she said, “We’ve looked to Logo as a forerunner. Building a network on the internet, for the internet. We’re really intentional about maintaining that authenticity and remaining multi-faceted.”  LaShawn has a sharp, anticipatory mindset. She really takes the time to look ahead into the future.

From there, we explored the concerns many of us within the LGBTQIA+ community share about the security of our privacy, particularly in a time of such unprecedented global anxiety and tension. With yet another historic election looming on the horizon, perhaps even more historic than even the 2016 Presidential race, I couldn’t help but ask: How secure is Revry? To what extent should users of the app feel “safe”, particularly those who don’t live in places or spaces where they can be “out”, and then there’s that whole fear of hackers who may try to interfere with your efforts to bring even more visibility and acceptance of LGBTQIA+ identities right now just generally.

LaShawn described Revry’s security team as “robust” and they are confident that our community of viewers is in good hands. I couldn’t agree more.

Without missing a beat, Alia share some profound insights about the election:

“When there is an election, people have a tendency to become complacent in the meantime. Not everyone, but people really do. We saw that when Trump was elected because we saw women’s marches and people fighting. Regardless of what happens, we still have to be vigilant in ensuring that representation still matters.” 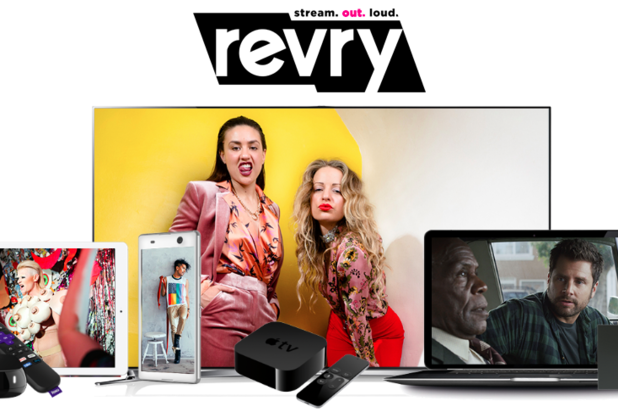 Do me a favor, if you’re reading this and you’re white, read that last quote again.

Then, the conversation turned toward a recent TikTok video that featured a young man who’d just announced he was no longer gay. I couldn’t resist the opportunity to challenge Alia and LaShawn to prove out their commitment to sharing diverse stories, so we chopped it up together, and what it came down to was this, according to Alia:

“We as a whole are still being intentional and vigilant about everyone’s voice and stories are heard. We know that people seeing themselves gives them a sense of self, and of joy.

But she Alia cautioned against putting out content that implies one person’s choice should be everyone’s truth as she adds, “Conversion therapy really hurts people. It’s dangerous. I personally, Alia speaking, don’t want to ever offer something that is not affirming of their identity. That type of non-affirmation of such a history, that is something I vehemently oppose.”

In short, Revry is about affirmation of LGBTQIA+ identities, so any type of content that negates them is just not in alignment with their values system. 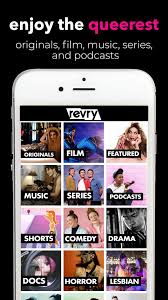 “It goes back to the whole thing about being Human. If we found a story where someone was like “I was gay and now I’m not, but it’s my choice”. Ownership and accountability of the person’s choice. I have respect for people honoring their own truth.”

If the question persists on how “inclusive” Revry really is, then I hope this will bring much-needed clarification. Revry’s mission is to bring representation to as many different perspectives as possible, so they are open to showcasing stories like the one I mentioned. That means that  if someone wants to share a story about changing their sexual orientation, then as long as it’s framed in such a way as for the viewer to accept to be that person’s own choice, they are open to accepting that story.

I would like to extend my sincerest feelings of gratitude to Alia Daniels, to LaShawn McGhee for her military service.  She served in the Army just a few years ahead of me (early-mid 90s), and shared a bit about what it was like for her to be in the armed forces around the time “Don’t Ask Don’t Tell” was implemented. She said that up until that point, it was already sort of like that. “It was a wink and a nod. They knew, but it just wasn’t a very big deal.” She also talked about the implementation of stress cards by the Army’s training and doctrine command (affectionately shortened to TRADOC in best military tradition ;D) for recruits during Basic Combat Training. I remember hearing about those when I was in, but I never saw anyone use them.

Essentially, a training recruit could pull a stress card on a Drill Sergeant if the DS’s being too intense, or verbally abusive. It was part of the Army’s program to incentivize people to join and treat the military as a “profession”. They were also experiencing a lot of training injuries, stress fractures in particular.

I do remember seeing a lot of soldiers on crutches for stress fractures, and I remember the Drill Sergeants at Ft. Leonard Wood trying very hard to avoid complaints by replacing epithets and slurs such as “pussy” and “fag”, or even “Mama’s Boy” and “sissy” with nicknames such as “Jack wagon” instead. We thought it was just them trying to one-each other on the jokes, but it went much deeper than that. 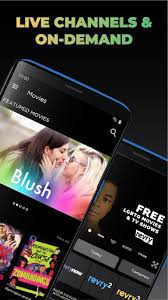 There’s nothing more inspiring than seeing women support other women and stepping up to be the change. Kudos to LaShawn and Alia, to Damian Pelliccione and to the entire Revry Team! Be sure and download the Revry app today, and don’t forget! Revry offers 4 24/7 channels of queer content ABSOLUTELY FREE! How much more can a gay ask for? Yeet!