Los Angeles, CA (The Hollywood Times) 2/17/21 – When Gloria Williams suffers a miscarriage due to a sequence of stress-induced traumas -including the loss of custody of her sons and an abusive relationship – she is driven to commit a selfish, deplorable act that robs a woman of her first child in order to compensate for the loss of her own. Eighteen years later, a courtroom presides over whether it was the result of a series of mitigating factors that sent her sleepwalking into a callous crime, or a cold, calculated, and premeditated act that saw her knowingly enter a Florida hospital and leave, as intended, with an eight-hour old baby. 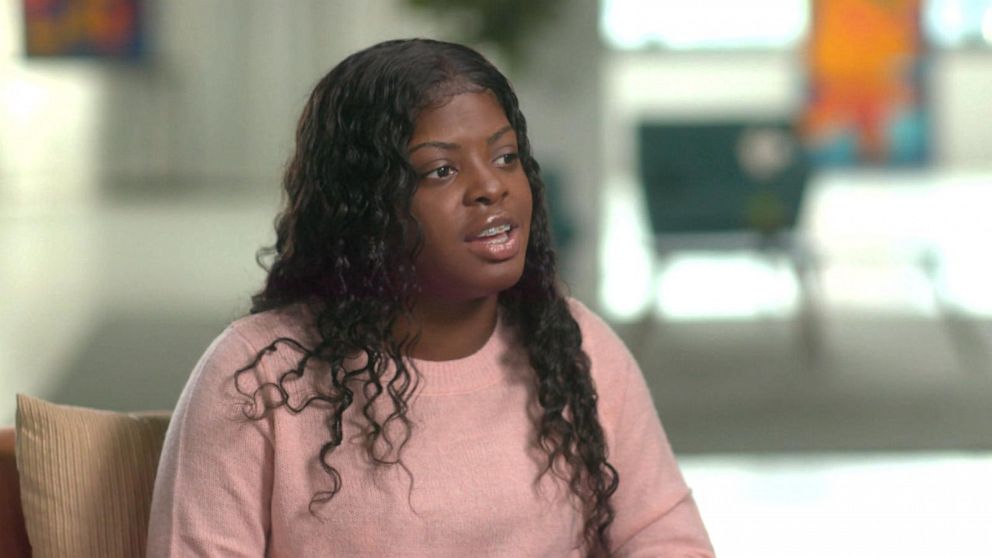 Women who steal babies typically fit a certain profile; they are of child-bearing age, maybe desperately seeking to keep their partner, have recently had a miscarriage, or been unable to get pregnant due to medical reasons. The crime of baby abduction stems from despair: and despair leads to extreme acts. Stolen By My Mother manages to delicately counterbalance the unforgivable gravity of such an abhorrent act against the complex psychological factors that motivate the perpetrator, Williams, to commit this crime. The film touches upon the extreme outcomes that can arise from a combination of violence and domestic abuse, stress, fear of losing a partner and hope that having the child would change them, miscarriage, and the overwhelming human instinct to love and be loved – sometimes no matter what the cost.

A stellar cast commands our attention throughout this gripping, heart-breaking tale of love and desperation that leads to crime. With such outstanding performances, it is impossible to champion one above another. Emmy award-winning actress Niecy Nash plays Williams, a daunting task which she herself admits was a challenge, but who courageously delivers a very difficult role. The role of Shanara Mobley is portrayed with unforgettable impact by Ta’Rhonda Jones; after eight-hour old Kamiyah has been kidnapped from her, Mobley’s visceral suffering rattles through the screen with the force of a subway train.

Sympathetically written by Richard Kletter and Michele Samit, directed by Jeffrey W. Byrd (Malcolm X), and narrated from the viewpoint of Kamiyah/Alexis, the characters receive equipoised compassion, enabling us to witness the course of events from a balanced vantage point. It would be easy to subject Williams to unrelenting vilification based on the crime she committed. But the film takes a controversial angle by centralizing the story on Williams and her relationship with Kamiyah. This perspective will not sit well with some viewers, who will be uncomfortable with the assignation of the protagonist role to Williams above Mobley. Some have expressed disdain, considering this to be Shanara’s story and her story alone. And they have a point. But whilst very valid, it would be ignorant. It would gloss over and disregard any of the very real trauma and suffering Gloria Williams experienced which may (may being the operative word) well explain the reason for this crime. Dehumanization and ostracization of people who commit crimes are easy to do; but unraveling the threads that have become interwoven, twisted and tangled messes that lead them to do atrocious things isn’t.

Instead, an intelligent narrative urges us to pause and consider the emotional complexities of this case, to draw our own conclusions by questioning the motives and witnessing the consequences, and to evaluate the very essence of human psychology. It seeks to make us think. It seeks to make us learn. It does not pander to a mob mentality or make it easy viewing for us so we can lazily cast judgment by simply having an A or B option. We are taught that crimes aren’t as simple as a case of good versus bad. We are not trivializing crime by doing this; but in some cases, the perpetrator’s life events need to be considered in our understanding of why, that will lead us to the how – and the how can go some way to prevent this happening to others.

Whilst we struggle to process the unimaginable pain of Mobley – harrowingly portrayed by Jones – we are gently, cautiously introduced to Williams. Our sympathy for her evolves slowly, as one would expect; but as we are familiarised with her, it is a sense of confusion, sadness, and disappointment in her we feel than that of outright hatred. Just as her parents, husband, family, and friends felt. And most likely, just as she felt about herself every day when she looked at her daughter Alexis, knowing she was Kamiyah. It would be easier if we could hate her. We detest her for what she did, but we also have to accept that she was, whether we like it or not, a devoted mother. The careful character development successfully navigates us from a position of resistance; from resentfully watching her as the abductor who unforgivably drives a baby away from her mother, to revealing that she was a woman of remarkable reputation. The upstanding character of Gloria clashes with her crime.

“This is so unlike you” splutters husband Charles (Garfield Wilson) incredulously when Williams confesses. Faced with an impossible task, we follow the course of emotions that ravage him, finally having to accept that his wife – a well-respected member of the local church, a dedicated and loving mother, and a strong, hardworking, and inspirational woman – was capable of such a shocking crime.
Advertisement

And this is exactly the point the film strives to make. It presents to us the hazy dichotomy between good and evil and reminds us that the lines easily become blurred. Good and evil isn’t as clear cut as all that; the earthly plane is full of variables within the spaces that separate heaven and hell. There are all sorts of gray areas in-between that can cause good people to act bad, and bad to act well. Extreme circumstances lead people to act irrationally and against their ‘character.’ But the film leaves us questioning the diversity of character we all possess at different stages in our lives, and crucially, in extreme circumstances. Character is not indelible; our behavior changes according to circumstance, different challenges we face, and as a reaction to situations we find ourselves in. Even the most respectable of people have dark secrets that may or may not ever be revealed. The film subtlety suggests that we should view each other with a fair, unbiased view – and in a way, a psychologist’s mind – that will help to fit the pieces of a jigsaw puzzle together that can sometimes help to explain people’s otherwise unimaginable actions.

The scenes in which we see Williams incarcerated after her crime is revealed are especially emotional; we watch a distraught Kamiyah touching the glass, tears streaming down her face, the pain palpable as she vehemently rejects William’s urges to embrace her true family. Fiercely loyal, she asks her mother what they’re going to do. “You’re going to live your life,” Williams replies. “Think of them as your bonus family. It’s just more love. Ain’t nobody dies from too much love.” As Williams is lead away, Kamiyah is consumed with grief. Amongst several others, is a heart-rending scene to watch, and highlight the film’s faithful representation of true events; a reporter present during the real life version of this scene described it as ‘one of the worst things I’ve ever watched — so much confusion, so much sadness’. The cinematographer’s work here certainly creates a visual narrative that replicates that tragic scene; the darkness of the prison is punctuated by a little soft lighting to catch the glistening tears rolling down Kamiyah’s cheeks as her face creases in pain. Here, the camera work is not shy; with grueling close-ups, we feel the devastation of this crime on the lives of the innocent. Kamiyah is battling with the loss of whom she thought her mother, the loss of her own identity, the loss of her entire life as she knew it; her carefree teenage years torn away from her. And suddenly, she has the unimaginable challenge of confronting the loss of a family she never knew she had.

Rayven Simone Ferrell gives a particularly astonishing performance as Kamiyah/Alexis, whose torture as she tries to manage an impossible division of loyalties between her two mothers is tangible through her tears. Ferrell morphs from a sunny, vibrant, nonchalant young woman to one who visibly walks beneath a dark cloud that will hang over her for the rest of her life. The tug of war she is unfairly placed at the center of is agonizing to watch. Whilst she embarks upon building relationships with her natural family, tensions rise between herself and Mobley, who cannot accept her daughter’s devotion to her abductor. “I will always love you,” Kamiyah says to Williams, “I can’t turn it off like a light switch.”

Intelligently written, beautifully composed, artistically shot, this is a gripping, absorbing, and emotionally difficult film that will have you weeping whether you are a mother or not.