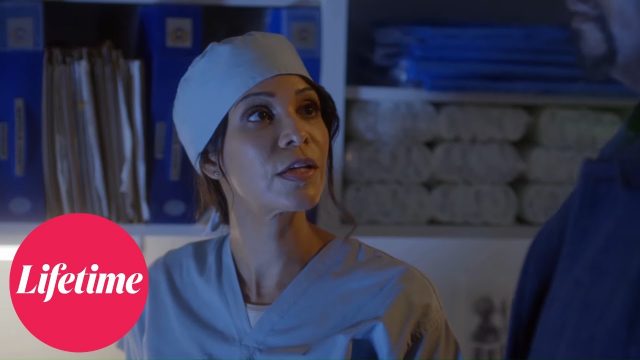 Inspired by real events, this gritty film follows a mother’s relentless pursuit of justice that uncovers more than just the attitude of society and law enforcement when it comes to the safety of sex workers, but also the corruption still rife in our police forces. 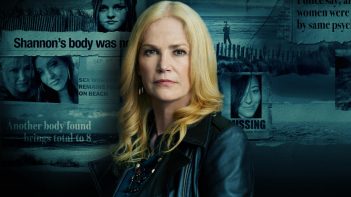 Los Angeles, CA (The Hollywood Times) 2/20/21 – Mari Gilbert’s daughter Shannon’s last movements are depicted in the first few scenes, and the effects are simple but serious. We see her upset and troubled, wiping away tears in an attempt to assert bravery, make a call, negotiate a rate, take an address and leave with her driver to a man’s house, who lets her in after checking the coast is clear. This is the last night anyone would see Shannon Gilbert (Katharine Isabelle) alive; her body was eventually found a year later on Ocean Parkway. Due to her mother’s relentless perseverance, not only was she found, but several other shocking discoveries were made: 11 bodies of female murder victims who had been killed over a 20 year period. Her mother’s ferocious determination and refusal to be brushed off by law enforcement—who dismissed the search for her daughter based on her profession—was the sole instigator for these discoveries, giving several other families closure on their missing daughters, mothers, and sisters.

After receiving a mysterious call from someone who claims to run a home for ‘wayward girls,’ and after finding an address written on a piece of paper left on her dressing table, Mari Gilbert (played sensitively by Kim Delaney) reports her daughter missing. During the filing of the missing persons report, she mentions the call. Upon hearing the phrase ‘wayward women,’ the police officer’s demeanor changes. He asks if her daughter is a sex worker.
It is at this point that the film’s cleverly angled narrative slowly begins to unsettle us. We see the change in attention from the officer, shifting from concern for a worried mother to complete dismissal. The police officer informs Mari Gilbert that it’s common to not see or hear from a sex worker in a week. Like the officer, we have been conditioned to cast off compassion for these fringe members of society; worlds we don’t see or understand. But by taking the perspective of the mother, by intimately accompanying a mother’s hunt for her daughter, this film is prevented from becoming just another cold, detached, fact-based crime story. By having us walk side by side with Mari, it becomes less about solving a case of a missing sex worker and everything about solving the case of a missing daughter. 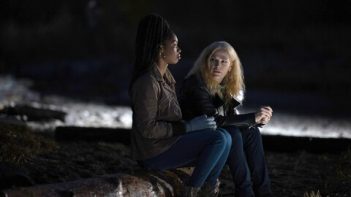 The film offers some heart-breaking moments that remind us of the true identity of these victims: as Mari is packing up Shannon’s belongings in her room, she places a soft toy rabbit on the empty bed, and we suddenly see Shannon laying on the bed sobbing, as Mari attempts to soothe her, placing it in her daughter’s arms to provide comfort. Not long after this scene, Mari painfully places the same rabbit at the scene where Shannon’s body was found, making our hearts ache with her loss. When we are immersed in the last moments of Shannon as she lays terrified on the deserted beach in the dark, the transition from this place of fear and terror fades into the daylight to show Mari standing in the same spot, desperately searching for a sign. This empathetic directional style intensifies the frustration and heartache—a mother is walking in her daughter’s footsteps, desperate to find her, being so close to her yet so far away. It epitomizes every mother’s worst nightmare: not being able to help their defenseless child, no matter what their age or chosen profession.
Produced by Lighthouse Pictures, with Sony Pictures Television distributing, A Mother’s Hunt for Justice is a refreshing film that questions why the police are not more proactive in these cases. Because the victims are escorts or sex workers, are they seen as worthless?

Although the film does not pretend to hide the flaws in Mari Gilbert’s role as a mother, it celebrates her tenacity and strength as she exhibits her anger and anguish, strength and weakness, defeats and victory. In the words of Private Detective Herc Zinneman (Eugene Clark), hired by Gilbert when she realized the police would not take Shannon’s case seriously, Mari “stood up and used her voice to uncover missing women that would not have been found…and stood her ground against powerful men, the type who used to take advantage of you. You’re a good woman.”
Mari Gilbert campaigned for the other families of murdered sex workers, reminding society that these were mothers, sisters, and daughters who deserved justice and respect—the same as every woman does.