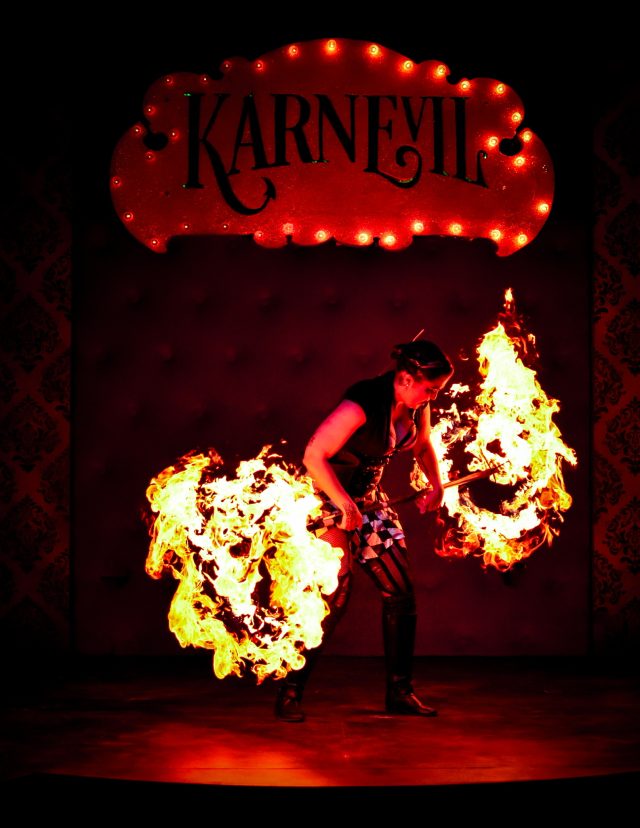 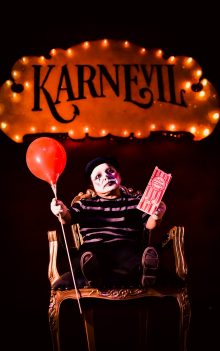 Hollywood, CA (The Hollywood Times) 4/29/2022 – Karnevil, an immersive dinner and 1920s circus experience, has been a long time in the making. Located on the star-lined Hollywood Boulevard, Karnevil rolls out the red carpet for its guests, inviting them to step back in time when vaudeville circuses were all the rage. As soon as you enter through the black curtains, you’re whisked away into the steam circus era. Prepare to be amazed by the thrills and mystery all around you, as you are escorted to your table.

And rest assured it’s the best parts of the carnival experience – no animals are involved – mixed with elements of pop culture, such as popular DJs spinning the music. The theme is American Horror “Freak Show” and was the brainchild of Zach Neil, President of New Gold Empire. 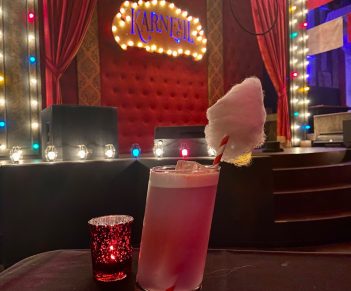 The idea began to form in Neil’s mind when his daughter made him watch “The Greatest Showman” on repeat. Along with his team of three, Neil created his vision and was ready to open the circus in April, 2020. Sadly, the pandemic thwarted those plans, only to do so again when he tried to open the doors a second time in October, 2021. There was no stopping them, though, and now, April 28, 2022, Karnevil’s doors are open! 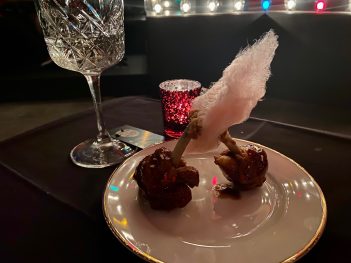 Once seated, guests are able to order tapa style plates created by award winning chefs and top-shelf cocktails that you’ll want to photograph before drinking. They are that creative and intriguing. As carnival members walk among the tables, servers are on hand to take guests orders from the elevated carnival-style menu, which includes black truffle BBQ chicken Lolli pops with cotton candy, marinated honey lime shrimp ceviche, and seasoned roasted pear and and blue cheese tartlets. 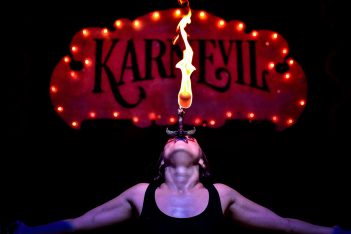 And then, there is the show. Hosted by the Carnival Ringleader, audience members are treated to dazzling performers. There are sword swallowers, fire eaters, contortionists, burlesque, freaks and weirdos, and they are all there, ready to entertain. As Neil describes the experience, “it’s every bit of the good part of the circus from the vaudeville era and we have some of the best people involved in the performance crew.” 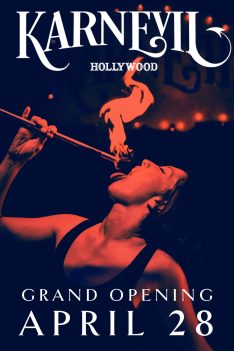 The doors are open and tickets can be purchased at the Karnevil website. The basic package that gets you in the door is $50/ticket which includes two plates and a cocktail. You can also upgrade the package to add more drinks and plates or choose to do Ala carte for additional items. Plates and drinks average prices are $12 – $20.