HOLLYWOOD, CA (The Hollywood Times) 05/24/19 – A&E’s Biography segment – Biography: Chris Farley – Anything for a Laugh trails the short life of the beloved comedian/actor Chris Farley. It will air as a two-hour special this Monday, May 27th at 9PM ET/PT. 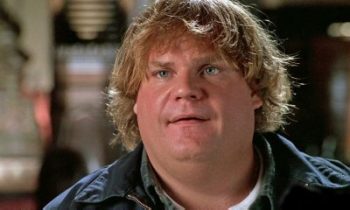 The special winds through Farley’s childhood with his family and his meteoric rise through the Chicago sketch and comedy scene as the new “funny fat guy” at IO and Second City before getting his big break with SNL (Saturday Night Live) after Lorne Michaels saw his work, live.

If you’re not a Farley fan, it’s not going to change your mind but it’s a decent look at how the world of comedy works in replacing its former dead stars or icons. John Belushi is mentioned a lot and was Farley’s idol. He died of an overdose and at the same age, 33 as Belushi. The cocaine and heroin binge stopped suddenly as late, great John Belushi did, bringing into focus the real tragedy. He didn’t need to die – as so many stories of talented artists – who died too young – are the subject matter of another ongoing series. The coroner at the time stated that Farley was 5 feet, 8 inches tall and weighed 296 pounds at the time of his death.

The Farley brothers warm the embers and give a true face to the sibling that they love and miss, while we’re reminded again, of the devastation friends, family and fans feel when a beloved dies so quickly. Who could’ve helped? Who didn’t help enough or shoulda, coulda, woulda? No one really has that answer when it comes to addiction and the excess afforded to a vibrant, funny young man who had everything going for him except for that huge monkey he let onto his back – along with the insecurities that were magnified by feeding that monkey. A vicious cycle.

Farley was no stranger to rehabs and was fired from SNL with a year left on his contract. Recently, Adam Sandler paid tribute to his friend and fellow cast mate in the below video with a song in which he sings, “he was a one-man party…”

It’s in watching Farley with David Spade, the chemistry between the two – that the duo stand out as dynamic comedic gold. In a scene Farley asks if he looks too fat and Spade slaps his cheeks and dryly tells him, just his face does. Spade didn’t come to his friend’s funeral and you feel why. It just hurt too much. And it does.

It hurts too damned much to watch someone that you love killing himself in front of you – especially when you’ve done all you can to prevent that finality. Or question if you could’ve done more.  You see it happening, know the call will come and you’re as powerless over the outcome as the person who is so deeply in love with and addicted to alcohol, drugs, fame – all of it. A sad tale that happens over and over with a different name as a new face appears to begin the cycle over again and leave behind the many who carry the hurt of a devastating loss. We always remember the good times, so often forget the bad or make excuses. The special left me with one thought: Be careful of who you hold up as your idols or gods – being like them doesn’t mean you need to become them. A lesson learned too often – too late. Hindsight isn’t always 20-20 or a gift. 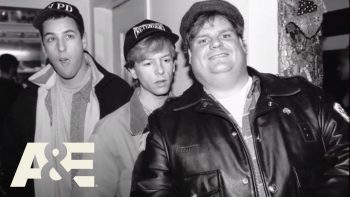