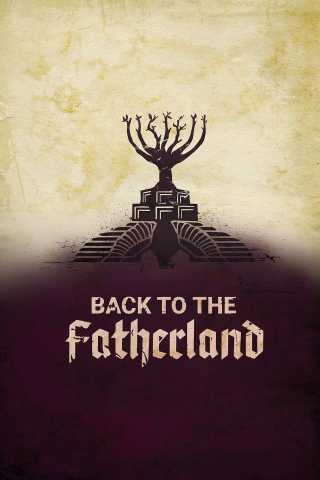 HOLLYWOOD, CA (The Hollywood Times) June 25, 2019 – Back to the Fatherland, directed and produced by Kat Rohrer and Gil Levanon Levanon opens in Los Angeles on June 28th at the Laemmle Music Hall with a nationwide release to follow. Ten years ago Gil and Kat struck up a friendship while at college in New York City and realized their family histories were different and yet similar. Gil is the granddaughter of a Holocaust survivor and Kat is one of a Nazi Officer. A number of young people from Israel have relocated to Austria and Germany to the same countries their families were persecuted and killed less than a century ago. Their main question is how other grandchildren of Holocaust survivors (their grandparents) and the survivors react to their decision.

The documentary style film, follows the journey of two families in transition, Israeli grandchildren and their grandparents as it deals with both sides of the historic tragedy as they attempt to build their own future without ignoring the past. There is much to be mined in the scenarios but nothing really new is revealed.

It is a well-intentioned documentary but not effective when important information is not shown or questions asked that seem too simplistic – the depth and core of the story is missing large chunks. Photo albums are looked at yet the audience doesn’t get to see the pictures leaving a constant feeling of frustration.

The exodus of many young secular Israelis to Germany and Austria prompt Gil and Kat to embark on a journey: to find other grandchildren of Holocaust survivors who had moved to Germany and Austria and learn how their grandparents reacted to that decision. Could returning to the site of their pain decades ago create reconciliation between generations? There seem to be more important questions that could be asked in light of all of the documentaries and recent films on this subject matter but it is a well meaning attempt that perhaps a re-edit might fix and smooth out and give the film more bite.

BACK TO THE FATHERLAND opened theatrically in New York on Friday, June 14 (Cinema Village) and opens in Los Angeles (Laemmle Music Hall) on Friday, June 28 with a national release to follow.

4 Spooky Things Your iPhone is Doing