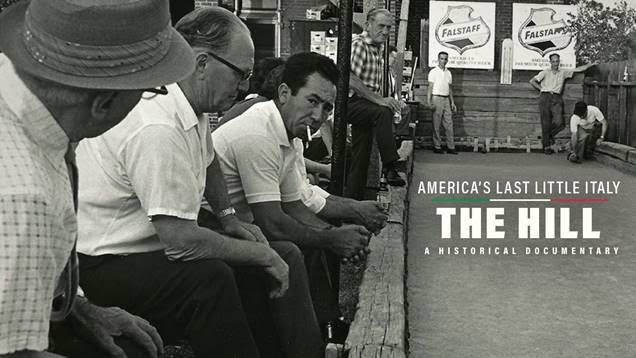 London, UK (The Hollywood Times) 2/8/2021 – When a little known paradisiacal Shangri-la is revealed to you, rather like a reclusive retreat or a recondite restaurant, it is a conflict of heart and mind as to whether to tell anyone else about it. Your heart wants to giddily shout it from the rooftops with reckless abandon; your head hisses at you to keep quiet so that you can ensure it is kept intact and unspoiled. Like an infatuated lover, proud of their conquest, wanting to show off their glittering prize to the world; but not too much, or everyone else might pursue it, too. This is the exact challenge I faced in reviewing this documentary, and I imagine it must have been the same dilemma for director Joseph Puleo when it came to throwing a spotlight on this suburban utopia. 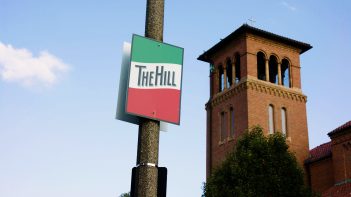 Informative, engaging, educational, and inspiring, America’s Last Little Italy: The Hill provides a heart-warming glimpse into an idyllic microcosm via a kaleidoscope of characters from inside the close-knit community of an Italian neighborhood. Spanning history, ethnic identity, racial discrimination, religion, cuisine, culture, family, and its famous sports exports, we hear first-hand the stories that reflect each generation’s experience of living in The Hill. 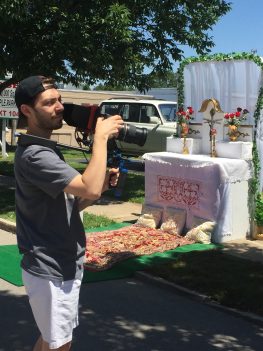 Delicately and affectionately shot, the sights, sounds, and smells of the neighborhood are relayed by the colorful characters interviewed throughout, whose charisma, charm, and affability are interwoven within a rich tapestry of tales. Some are of bravery, some are of tragedy, and some are of victory. And some serve to remind us of the oft-ignored anti-Italianism that lurks guiltily in America’s past, silent and shameful. But of these accounts, what was even more difficult to process than the impact of the racial chasm between Americans and Italian immigrants was the even greater divide between Italians and Sicilians. The Hill’s early settlers were a combination of both. The former – Northern Italians who were more European in their demeanor – regarded the latter as racially inferior, just much as (if not more than) the Americans, who – as Historian Manfred Berg once observed – viewed Sicilians as “culturally backward and racially suspect.” Several residents still recall the stigma as though it were yesterday, making it all the more jarringly unacceptable in today’s multi-ethnic and multicultural society.

Despite these initial cultural divides, what both groups undeniably had in common was their pursual of the American dream, and the crushing reality of it: the utterly inhumane ostracization and diabolical discrimination they suffered for decades at the hands of American ethnocentric monoculturalism. There are some stark reminders of this throughout the documentary via first-hand recollections of racial abuse, especially during World War Two. Ironically, the contempt and hostility shown towards Italian and Sicilian immigrants did not sway their loyalty to their new homeland, for whom they patriotically sacrificed their sons. We witness the lamentation of that loss in one resident’s faltering voice, but it is in humble reverence rather than that of grievance. That being said, one would forgive even the slightest grudge considering the further deception of Italian-Americans that occurred during the war such as internment camps. As an old Sicilian saying goes, “Cui lassa la via vecchia pri la nova, li guai ch’un va circannu, ddà li trova” – “He who leaves the old road for the new will often find himself betrayed.”

Today, by comparison, such extreme racial inequalities have been eradicated, although I do not seek to make the claim that they have been erased entirely. Such is the nature of humanity, and we still have long ways to go to achieve equality for all. But the documentary celebrates where we are; painting a balanced picture of a buoyant, confident, vibrant community, proud of their heritage and culture, as they rightly should be. A culture that found its motivation in rejection, strength in discrimination, and tenacity through sheer survival instinct. It is a humble and proud salutation to generations of Italian-Americans, raising a torch in triumph; rather like the first sight those early immigrants saw as they arrived at Ellis Island. Now, over 100 years later, their culture and values are embraced, accepted, embedded, and exalted, a pivotal part of American life. And nowhere is this more preserved than in The Hill. Where there remains a little vestige of so many of America’s Little Italy’s – having been reduced to a smattering of restaurants and souvenir shops – The Hill thrives, perpetuating a traditional Italian-American way of life. 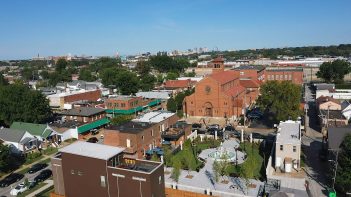 Puleo delicately extracts the dignity, love, pride, and loyalty of the families in the community, which is at the very core of how The Hill successfully operates as a neighborhood. Its impenetrable fiber is typical of Sicilian and Italian culture; resilient, devoted, self-respecting, and indefatigable. Through the disruptive sixties and seventies, sensing the tsunami of social revolution sweeping across the country, Hill 2000 was created: a community group whose primary objective was persuading residents to stay put rather than be convinced by fleeting social trends to uproot and relocate to pastures new. “Pride Builds’ (pride, that fundamental keyword that is so culturally central here) is boldly stated on a pamphlet from the time, featuring Milan and Palermo as a reminder of the settler’s origins. The campaign worked; despite a rapidly changing world where traditional values were disappearing, the residents of The Hill chose to remain in more than just a physical sense; they remained culturally, spiritually, and emotionally. With a fierce leader in the form of the inimitable Rev. Salvatore E. Polizzi, and an unshakeable focus on the heart of the community, we should pay close attention to The Hill for the long-lost recipe of what makes a strong, close-knit neighborhood tick – the likes of which we now only see in old movies which make us nostalgic for the good old days. But The Hill is a reminder that the good old days never went anywhere; they are not merely consigned to tangibility, nor to a particular time or place. They do not require a time machine. They are a set of deep-rooted moral, cultural and societal values that we would do well to revive if we are to salvage anything from our vandalized society.

It is perhaps no surprise that The Hill has largely remained unchanged since the 1940s and 50s. Look at any equivalent Italian or Sicilian town, and they share similar attributes. They are built to last, both in a physical and psychological sense. Italians and Sicilians do not destroy the things they work hard to create. And this comes from the same work ethic the immigrants brought over from the bel paese; devoted, humble, and hard-working. They came from nothing. And when you come from nothing, even something means everything. Other cities tear down what their forefathers built, with no respect for the past, as fickle as fashion. But pride is what built this neighborhood – and pride is what will perpetuate it.

The Hill is a gentle masterpiece, created with all the painstaking care and personal investment of a hand-crafted gift, intended to be cherished and passed down like a treasured heirloom from generation to generation. Joseph Puleo has captured the true essence of Italian-American culture, which forms the jewel in St. Louis’ crown. Long may it shine.

Directed by Joseph Puleo, America’s Last Little Italy: The Hill premiered on November 30th on Nine Network PBS. It is available to stream on Amazon Prime Video, and available to purchase on DVD via the documentary’s official Facebook page: