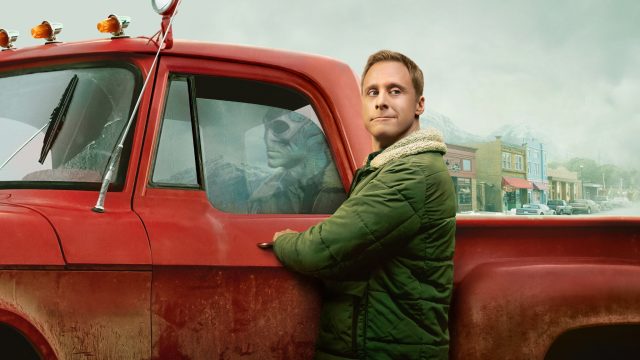 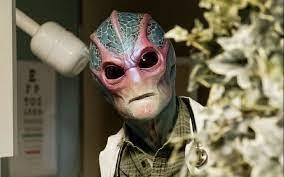 Los Angeles, CA (The Hollywood Times) 12/30/21 – After a crash landing on earth, an alien (played by Alan Tudyk) sent to destroy humanity kills a doctor named Harry Vanderspeigle and assumes his identity. Fascinated by humans, he learns to speak English and maneuvers his way through the rural town of Patience, Colorado.

Back for a second season, Harry is still on earth dealing with the consequences of failing his people’s mission to destroy humanity. As his human emotions grow more substantial, it gets harder for him to hold on to his alien identity. Harry is now on a quest to protect the people of earth. 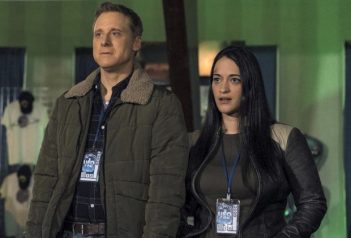 During the TCA virtual press tour, executive producer Chris Sheridan joined the Resident Alien cast Alan Tudyk, Alice Wetterlund, Sara Tomko, and Corey Reynolds to discuss the series’ sophomore season. When asked about Harry (Alan Tudyk) depending on Astra (Sara Tomko) and D’Arcy (Alice Wetterlund) for his survival and how it will play out in season two, Sheridan answers: “Harry’s growing emotional state and ability to process human emotions were, in the first season, he learns to love and learns what friendship is and connects him to Asta, which is what ends up saving the human race. I think his journey in Season 2 is, sort of, extending that humanity to people outside of Asta. So, learning empathy and trying to realize that maybe there are other people in this world at the beginning of it anyway, other people in the world who he can maybe care about as well, in addition to Asta. So, that continues into the second season, and it is going to be a slow burn. We don’t want to do it too quickly where, suddenly, he’s caring about everybody because a lot of the comedy goes away at that point. So, that’s not going to happen until the very end of the series, where he, sort of, figured it all out. But, yeah, we are going to continue that. As far as has it changed anything; I don’t think D’Arcy saving his life I don’t think did much for him.”

Alan Tudyk as the titular alien with an unpronounceable birth name who crash-landed on Earth, killed Dr. Harry Vanderspeigle, and assumed his identity. He was sent to earth to destroy the human race, believing this would benefit the planet, but spends the series struggling with the moral ambiguity of his mission.

Sara Tomko as Asta Twelvetrees, the assistant to the town doctor and a member of the Ute Native American tribe. In high school, she found herself trapped in an abusive relationship with Jimmy, which caused her to give daughter Jay up for adoption. She is the first adult to learn Harry’s secret.

Corey Reynolds as Mike Thompson, the town’s sheriff, who asks people to call him Big Black. He masks his insecurities by trying to remain in constant control of every situation.

Alice Wetterlund as D’Arcy Bloom, the town bar’s owner, local mountaineering expert, avalanche safety inspector, and Asta’s best friend. After suffering a skiing accident at the Olympics, she returned to her hometown and now spends her days tending bar and making questionable life choices. She is attracted to Harry.

Levi Fiehler as Ben Hawthorne, the town’s young mayor. He is charming but childlike, and his wife, Kate, is dominant in their relationship. He dated D’Arcy in junior high and high school.

Judah Prehn as Max Hawthorne, the mayor’s son and the only Patience resident who can see Harry’s true form. He can also see the “green glow” emitted by alien technology. Harry repeatedly threatens to kill him and tries to get him to move away, but he eventually warms up to the boy, believing he can help him in his mission. 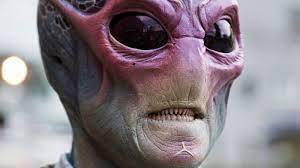 Resident Alien is set to premiere its second season on Wednesday, January 26th at 9pm, on both SYFY and USA Network, before moving exclusively to SYFY