ON THIS DAY – Monday, March 23, 2020
Two sitcoms concluded: “The Beverly Hillbillies” on CBS in 1971 and “The Partridge Family” on ABC in 1974…The CBS daytime drama “Love is a Many Splendored Thing” ended its five year run in 1973…Another Eye net CBS soap, “The Bold and the Beautiful,” debuted in 1987…Seven TV series debuted: Raymond Burr NBC drama “Kingston: Confidential” in 1977; ABC sitcom “A.E.S. Hudson Street” with Gregory Sierra (“Barney Miller”) in 1978; ABC’s “Happy Days” spin-off “Joanie Loves Chachi” and CBS adventure “Q.E.D.” with Sam Waterston in 1982; CBS comedy “The Popcorn Kid” (with Faith Ford pre-“Murphy Brown”) in 1987; ABC medical drama “HeartBeat” in 1988; and Nickelodeon comedy “Clarissa Explains It All,“ starring Melissa Joan Hart, in 1991…In 1985, Billy Joel and “The Uptown Girl,” Christie Brinkley, wed. Their marriage lasted nine years…In 1986, CBS aired “Dallas” prequel movie “Dallas: The Early Years”…Theatrical “Pretty Woman,“ starring Julia Roberts and Richard Gere, opened in theaters in 1990…The Celine Dion song “Because You Loved Me” reached No. 1 on the U.S. Billboard Hot 100 chart in 1996. It remained there for six weeks. Written by Diane Warren and produced by David Foster, it was theme song to the Robert Redford–Michelle Pfeiffer film “Up Close & Personal.”

-Did You Know?:
“The Beverly Hillbillies” led the primetime troops in its first (1962-63) and second (1963-64) seasons…Five actors from the original “Dallas” on CBS have appeared on “The Bold and the Beautiful.“ They are Susan Flannery (Leslie Stewart on “Dallas” / Stephanie Forrester on “The Bold and the Beautiful); Charles Grant (David Shulton / Grant Chambers), Lesley-Anne Down (Stephanie Rogers / Jacqueline Payne), Linda Gray (Sue Ellen Ewing / Priscilla Kelly), and Patrick Duffy (Bobby Ewing / Stephen Logan Sr.).

AMC Delays the Start of “The Walking Dead: Beyond World

AMC’s upcoming two-season limited event series “The Walking Dead: World Beyond,” which had been set to premiere Sunday, April 12th, has been delayed indefinitely. The new spinoff series, which tells the story of the first generation to come-of-age in the apocalypse, will now be arriving on AMC “later this year,” according to the cable net. The series had wrapped filming but was in post-production on the last few episodes, which has been impacted by the COVID-19-related company closures.

Set in Nebraska ten years after the apocalypse, “The Walking Dead Beyond” features two young female protagonists and focuses on “the first generation to come-of-age in the apocalypse as we know it. The logline: Some will become heroes. Some will become villains. In the end, all of them will be changed forever. Grown-up and cemented in their identities, both good and bad.

Netflix Sets Up $100 million Relief Fund
Netflix has created a $100 million fund that will support the cast and crew who have suddenly found themselves out of work due to COVID-19. Said Netflix Chief Content Officer Ted Sarandos in a statement: “The COVID-19 crisis is devastating for many industries, including the creative community. Almost all television and film production has now ceased globally — leaving hundreds of thousands of crew and cast without jobs.”

“These include electricians, carpenters and drivers, many of whom are paid hourly wages and work on a project-to-project basis. This community has supported Netflix through the good times, and we want to help them through these hard times, especially while governments are still figuring out what economic support they will provide.”

News of the fund comes on the heels of a reported 120,000 entertainment industry workers who have lost their jobs as the ongoing coronavirus pandemic continues to halt TV and film productions. 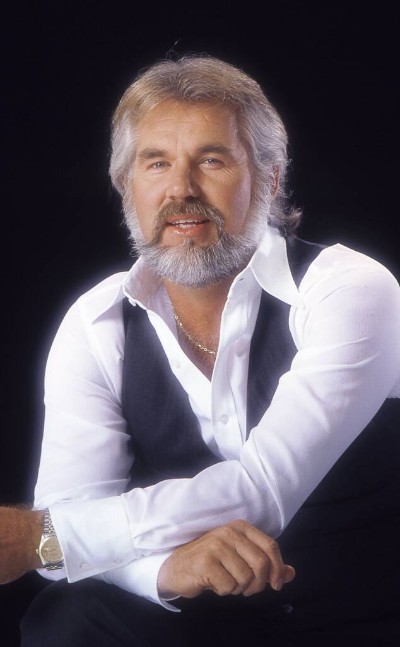 “Kenny Rogers left an indelible mark on the history of American music. His songs have endeared music lovers and touched the lives of millions around the world,” posted public Keith Hagan in a statement.

Born on August 21, 1938, Rogers charted more than 120 hit singles across various music genres in his six decade career, topping the country and pop album charts for more than 200 individual weeks in the United States alone, and sold over 100 million records worldwide. He was the recipient of three Grammy Awards and six CMA Awards, and he scored 24 No. 1 hit songs, including titles such as “The Gambler,” “Lady,” “Lucille” and “Islands in the Stream.” His 1978 song “The Gambler” inspired multiple TV movies, with Rogers portraying the main character.

Rogers also appeared on the big screen in “Six Pack” in 1982, he headlined TV movies “Christmas in America” and “MacShayne: Winner Takes All,” and he guest-starred in dramas “Dr. Quinn, Medicine Woman” and “Touched by an Angel.

In 1985, he participated in the original recording of “We Are the World” along with more than three dozen artists. A year later, according to his website, he co-chaired “Hands Across America,” a campaign which sought to raise awareness about the homeless and hungry in the US. 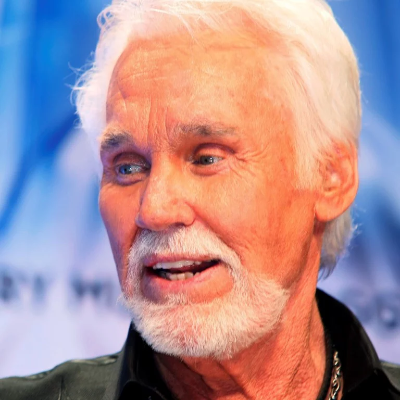 “I’ve been so lucky to have enjoyed such a long career and to have such amazing support from my fans and all who have helped me along the way, but there comes a time when I need to focus on spending time with my family,” Rogers said in a statement announcing his retirement in 2015. “My life is about my wife and my 11-year-old twin boys right now. There are a lot of things I want to do together with them to create some special memories. I don’t have a bucket list of my own …I have a bucket list of things I want to do with them.”

The statement from Roger’s publicist said that out of concern for the national COVID-19 emergency, the family is planning a small private service. “They look forward to celebrating Kenny’s life publicly with his friends and fans at a later date,” it read.

Remembering KingWorld’s Robert King
Robert A. King, one of the forces behind distributor King World (the former home of syndication staples “Wheel of Fortune,” “Jeopardy!” and “The Oprah Winfrey Show,” among other series), passed away on March 10 in Hillsboro Beach, Florida.

Born and raised in New Jersey, King began his career in radio/television sales working for WMTR in Morristown, New Jersey. Next were stints at former New York rep firms Broadcast Times Sales, Petry Radio and Blair Radio, followed by a sales executive spot at WNEW-TV and WPIX-TV, and VP for sales at the NBC station group.

After the passing of his father Charles in 1972, King, the oldest of six children, kept King World Productions going by working in his basement and selling classic “The Little Rascals” theatrical shorts (originally called “Our Gang”), while acquiring game shows “Tic Tac Dough” and “Jokers Wild” to sell.  Ultimately, Bob was joined by his bother Michael, and in 1977, by his brother Roger. It was Bob who came up with the idea and negotiated the rights to syndicate “Wheel of Fortune” (a network daytime show) into early evening. And then “Jeopardy!”

Donations can be made to honor Robert A. King as follows: Folds of Honor Foundation and the Gary Sinise Foundation.

“The Daily Social Distancing Show with Trevor Noah” is set to begin tonight on Comedy Central at 11 p.m. ET. Following the recent production shutdown of all late-night shows amid an escalating COVID-19 pandemic, Trevor and his team are producing and distributing a version of his late-night franchise remotely.

ON THE AIR TONIGHT
Series premieres: Drama “Freud” and anime “Sol Levante” on Netflix…“Hidden Kingdoms of China” on Nat Geo Wild…Season premieres: “Street Outlaws: Memphis” on Discovery; “Sydney to the Max” on Disney; “Betrayed” on ID…For the listing of available programs for Monday, March 23, click here

TV BOX – PAST AND PRESENT

16 TV Shows to Binge While Quarantined, and How to Watch Them – Click here