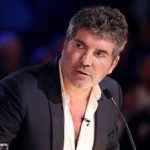 “Julia” the sitcom, which did not have a laugh track, aired from 1968 to 1971. And what I was not aware of, but certainly am now, is how this series – and Diahann Carroll – broke network television’s color line. “Julia” marked the first time an African American actress was cast as the star of a show in a role other than that of a servant.

While actress Ethel Waters was the first woman of color to headline a television series in early 1950s on ABC comedy “Beulah,” her occupation was a maid. For more, click here

Outrageous comedian Rip Taylor, known for his as “The Crying Comedian” and “The King of Camp and Confetti” personalities, died yesterday in Beverly Hills, publicist Harlan Boll confirmed. He was 84. Taylor was hospitalized at Cedars-Sinai Medical Center in Los Angeles, California in the intensive care unit after suffering a seizure three days ago.

Remembered for his over-the-top personality, Taylor began his stand-up routine in the Army before eventually making over 2,000 television appears on a host of series including “The Ed Sullivan Show,” “American Bandstand,” “Late Night with David Letterman,” “The Tonight Show,” “The Jackie Gleason Show” and more. Taylor also appeared as a panelist on “Hollywood Squares,” “The Match Game,” “The Gong Show” and other TV series. He lent his voice to the “Scooby Doo” and “DuckTales” franchises, among other cartoons. And he was a regular on what is known as the biggest fiasco in TV history, ABC’s “The Brady Bunch Hour,” as next-door-neighbor Jack Merrill.

Taylor also played himself in “Wayne’s World 2” and the “Jackass” movies, appeared on stage in “Sugar Babies” and “Oliver!” and performed an autobiographical one-man play, “It Ain’t All Confetti.”

Taylor was survived by his longtime partner, Robert Fortney. 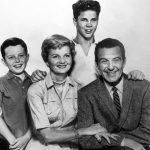 A Brief History of “Leave It to Beaver” – Click here

“The Bold and the Beautiful” on CBS to Raise Awareness on Kidney Disease
CBS daytime drama “The Bold and the Beautiful” will air a  storyline about kidney disease featuring Heather Tom’s character, Katie Logan, beginning tomorrow (at 1:30 p.m. ET). A CBS Cares public service announcement (PSA) from CBS and the National Kidney Foundation with Ms. Tom will run at the end of the episode. An additional PSA featuring series star Katrina Bowden (Florence “Flo” Fulton) will also be available online at www.CBSCares.com.

Netflix Orders “Big Mouth” Spin-Off “Human Resources”
Netflix has greenlit an animated spin-off series called “Human Resources” from the also animated “Big Mouth,” which is confirmed through season 6. The show was announced at Comic Con 2019 in New York City and it will delve into the workplace world of the monsters from “Big Mouth.”

NBC to Develop Political Drama “The Hill”
NBC has put into development a political-themed drama from Sony Pictures Television called “The Hill” with CNN correspondent Dana Bash as a consulting producer. The series is described as a character drama that lives at the supercharged intersection of media and Capitol Hill where everything is transacted: information, sex, love, fame and power.

Paul Grellong will as writer and executive producer, along with Chris King and Josh Berman of Osprey Productions and Wendy Walker. Sony Pictures Television, where Osprey is set up under an overall deal, will produce.

Netflix Renews “Elite” for Season 3
Netflix has greenlit Spanish-language drama “Elite” for season 3, with an unconfirmed number of new episodes for 2020. Debuting on October 5, 2018, the series focuses on three working class friends — Samuel (Itzan Escamilla), Nadia (Mina El Hammani) and Christian (Miguel Herran) — who are given scholarships to Las Encinas, the most exclusive private school in Spain. As the school year progresses, their lives intertwine in a clash of lifestyles, resentments, envy, and sexual attraction. Through a series of flash-forward scenes of police interrogations, the audience is shown stories of the character’s relationships that somehow lead to a murder.

The news of the pick-up comes just one month after Netflix began streaming the second season of “Elite.” The number of new episodes ordered have not been confirmed.

Season four of animated “She-Ra and the Princesses of Power” will debut 13 new episodes on Netflix on Tuesday, November 5. The new season begins with the respective rises of Queen Glimmer as leader of the Rebellion and Catra as co-leader of the Horde. As the Horde makes advances on the Rebellion under the looming threat of Horde Prime’s arrival, the Princess Alliance makes heroic strides but begins to disagree on the best way to defend Etheria. Ultimately, a shocking discovery about Etheria itself causes Adora to reconsider everything she thought she knew.

Season three of also animated Netflix series “The Dragon Prince” will be available for streaming on Friday, November 22. From Wipekedia: The series is set in a fantasy world on the continent of Xadia, which is rich with magic derived from six primal elements: The Sun, the Moon, the Stars, the Earth, the Sky and the Ocean. However, the humans—who could not utilize primal magic—discovered the use of dark magic, which is fueled by the life essence of animals and magical creatures. As a consequence, they were driven off by the dragons and elves of Xadia to the other end of the continent, where they founded the five human kingdoms. The Breach, the border between the two halves of the continent, was guarded by Thunder, the king of dragons.

ON THE AIR TONIGHT
Travel Channel premieres “My Horror Story”…Season premieres: “All American” and “Black Lightning” on The CW; “Below Deck” on Bravo; “Street Outlaws” on Discovery…“Our Boys” concludes for the season on HBO…For the listing of available programs for Monday, October 7 click here