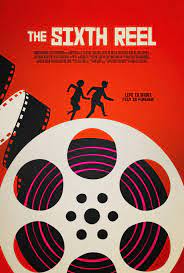 The Sixth Reel is a special tribute screening at the 2021 Outfest Los Angeles LGBTQ Film Festival, preceded by a red carpet. The screening will open with a special memorial tribute to producer and Outfest alum, Ash Christian, who passed away during the development of this film in 2020.

The premiere will also benefit SAGE, a national advocacy and services organization for LGBTQ+ elders.

ABOUT THE SIXTH REEL

The latest project from the legendary Charles Busch and acclaimed American Director Carl Andress, The Sixth Reel centers on a stalwart and eccentric group of film lovers, collectors and historians. Featuring memorable turns from Margaret Cho, Tim Daly, André De Shields, and Julie Halston, The Sixth Reel is equal parts salty and sweet, and an utter delight. We can think of no better way to celebrate a return to the movies than this celebration of unbridled — and sometimes unhinged — movie love!

Busch is the author and star of such plays as “The Divine Sister,” “The Confession of Lily Dare,” “Vampire Lesbians of Sodom” (one of the longest running plays in the history of Off-Broadway) and “The Tale of the Allergist’s Wife,” which ran for nearly two years on Broadway and received a Tony Award nomination for Best Play. He wrote and starred in the film versions of his plays, “Psycho Beach Party” and “Die Mommie Die!” which won him the Best Performance Award at the Sundance Film Festival. Busch is a recipient of a special Drama Desk Award for career achievement as both performer and playwright and the Dramatist’s Guild has honored him with the Flora Roberts Award for sustained commitment to the theatre.

Andress has staged more than 15 original productions of critically acclaimed plays written by and starring Charles Busch, including “The Tribute Artist,” “The Confession of Lily Dare,” “The Divine Sister,” and “Die Mommie Die!” in addition to many other New York and Regional productions as well as numerous galas and benefits, including the New York concert premieres of “The Visit,” “A Wonderful Life,” “Mr. Magoo’s Christmas Carol,” and “Valley of the Dolls,” all to benefit The Actors Fund on Broadway.

Founded by UCLA students in 1982, Outfest is the world’s leading organization that promotes equality by creating, sharing and protecting LGBT stories on the screen. Outfest builds community by connecting diverse populations to discover, discuss and celebrate stories of LGBT lives. For nearly four decades, Outfest has showcased thousands of films from around the world, educated and mentored hundreds of emerging filmmakers, and protected more than 40,000 LGBT films and videos. Outfest Los Angeles LGBT Film Festival is ten days of world-class films, panels, and parties. For tickets, full festival lineup, and more information, please visit outfestla2021.com.