Krista Vernoff and Erin Brockovich team up to Executive produce the show. 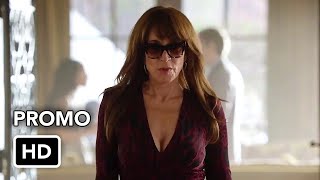 Sedona, AZ (The Hollywood Times) 4/11/21 – Katey Sagal, former star on Sons of Anarchy, stars as Annie Flynn Ray Bello, or Rebel for short, in the new show inspired by the life and work of the legendary legal advocate Erin Brockovich. Brockovich, who fearlessly built legal cases against corporate polluters, was famously depicted by Julia Roberts in the 2000 film Erin Brockovich.

In the show, Rebel is a stubborn, bleeding heart social justice activist with three children and three ex-husbands. All her family members and her haughty boss Cruz (Andy Garcia) share one thing in common: they simultaneously admire and are exhausted by Rebel’s unrelenting passion for justice. 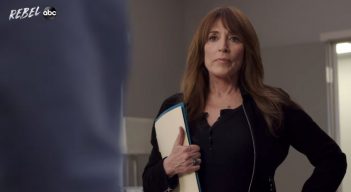 The opening scene of the show finds Rebel crashing the annual shareholder’s meeting of Stonemore Medical Company, which produces mechanical heart valves that have a pattern of causing health problems in its patients. After Stonemore’s CEO refusing to cut a deal with Rebel, she calls in a group of raucous protestors to crash the swanky meeting.
The episode centers around Rebel’s attempt to take on Stonemore and help the victims of its malfeasance. After winding up in jail for her antics at the shareholder’s meeting, she meets a woman in prison who stabbed her possessive boyfriend in self-defense. Rebel offers her daughter, Cassidy Ray (Lex Scott Davis), as the woman’s pro-bono attorney. Rebel then tries to recruit her son, Nate (Kevin Zegers), who is a gynecologist, to initiate a study into Stonemore’s heart valves. One gets the sense that Rebel’s family members are used to being victims of her ambition. Lucky that Rebel has her right-hand woman Lana (Tamala Jones) who will go to bat for Rebel when others won’t. But as we see throughout the episode, Rebel’s inability to compartmentalize her fiery passion away from her personal life seems to get her into some trouble.

In an interview with the cast and producers of the show, Erin Brockovich said of the star Katey Sagal, “Katey just gets it. She just oozes it…It’s her energy. It’s her presence…She’s it.” 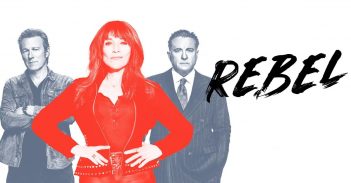 Rebel brings together a high-powered cast, blending comedy, drama, tough subject matter, social justice, and strong women at the helm. And one can be assured that Erin Brockovich’s involvement will lend the show a degree of authenticity.
Rebel premiered on April 8, 2021, on ABC, and airs on Thursdays at 10 pm ET. It is also available to stream on Hulu.