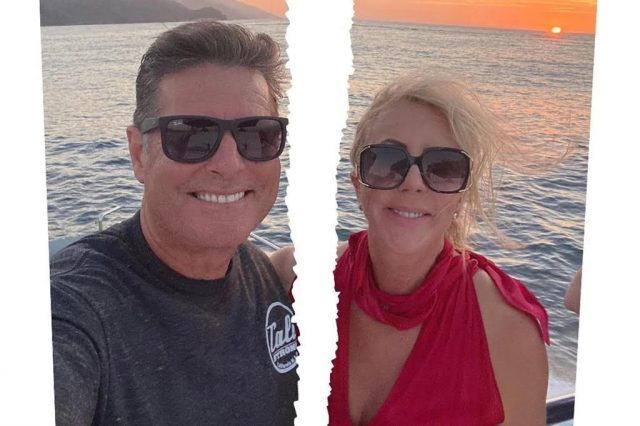 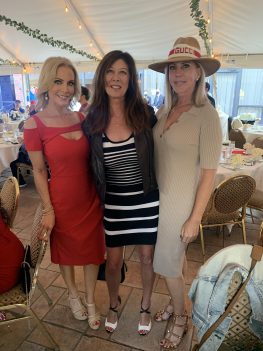 Los Angeles, CA (The Hollywood Times) 10/19/21 – There’s a verdict in the end.  Full disclosure. I do not watch reality TV, or TV shows, in general, and basically did research to write this piece due to running into Vicki at a charity event for Fix’n Fidos, the day after a very public press sparring between her and Steve. Separately, I had been asked to work on Steve Lodge’s gubernatorial campaign a few months back, and had attended a few Zoom meetings and calls with him before I finally decided not to move forward to help, after my preferred candidate Larry Elder had announced to run… This is the perspective of a community organizer with limited interactions with both parties. 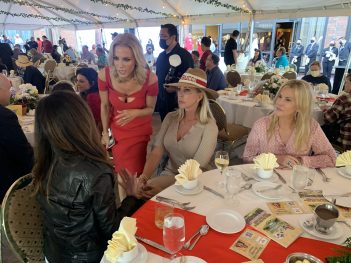 They say the emotions around a breakup are as traumatic as grieving a death. Essentially it is, as along with the severing of ties with a former intimate, relationships with mutual friends or family are simultaneously changed forever. And most importantly the death of a dream of a perfect future makes it a triple threat of sorts. I can empathize with those emotions, as should most people who have been through this, which is probably most of the human race. Most importantly, if two people break up, I would hope that both parties can do their best to give that same empathy to each other. 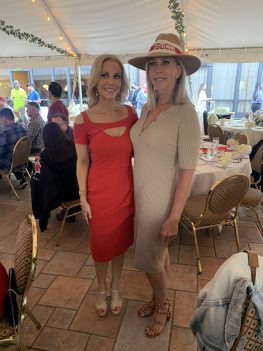 Mature and decent human beings do not air their dirty laundry out in public and many times, not even with close friends and family. It is unnecessary because what was shared and now has died, should simultaneously be respected. When Vicki Gunvalson first released her statement, it was short, classy, and focused on communicating to the world, as a public figure, that she and Steve were no longer a couple.

“Yes, the rumors are true. The time has come for Steve and me 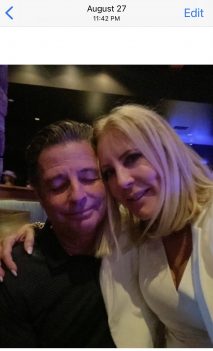 to move forward or move on and we are …. moving on. There is no fault with either person, we are just going in different directions. I wish him the best life has to offer and to be happy, and he has wished the same for me.”

Classy and mature, especially for a public figure. However, it only took a few weeks to unravel. Best friend Tamra Judge took to Instagram with some vague statements about new information revealed about Steve, encouraging her best friend to stop being sad and move forward. Fans asked on the thread and Vicki herself responded with information about Steve cheating with a 36-year-old and usage of her condo in Mexico while he acted like a single man. 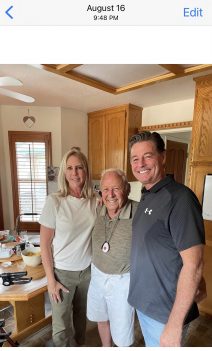 For most of her fans, on the outside, it is almost a universal consensus that Vicki makes bad decisions when dating, going after a certain type of man that devalues her. For those who are less patient, it seems very obvious she should make a dramatic transition, be alone and say a big no to co-dependency. However, peanut gallery, we are not Vicki. This is her cross, this is her battle. We are all working on our issues at our own pace. That is why we are probably still here on earth. 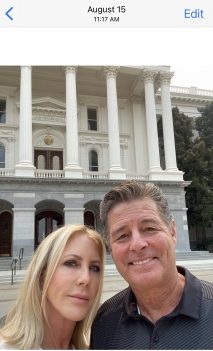 Perhaps what has made Vicki a phenomenon is her incredible ability to communicate, to lay her soul bare, and to be unapologetically Vicki. After all, not everyone can sustain a 15-year dominance in reality tv, especially in an ever-changing world with a need for constant novelty. Part of that appeal is her raw honesty. Not excusing her for taking the revelation of the new information public, but it is understandable why she was upset when new info came out.

I perused some other hot takes, but an article just released about the “he said she said” back and forth by RealityTea was the most concise in summing up the chain of events. I commend their easy-to-read breakdown with documented links.

While the article was good at summing up the current drama as it currently stands, I disagree with some of the conclusions made. First of all, the overall negative tone is sadly what has become a norm in our culture, especially when directed at public figures. But some points when describing Vicki were not sound conclusions.

No, Vicki did not embarrass her son – her son would not have put his mom’s picture up on his dating site profile if that was the case. In fact, it shows he’s quite proud of his mother.

No, she’s not a terrible person for accidentally revealing her daughter’s 4th child’s gender. After all, she’s grandma and a public person, and one can see she was excited by the moment.  Plus she deleted it right away. Sorry that her son-in-law sounds absolutely childish and petty for sniping at his mother-in-law on social media.

Also, the cancer scam they tried to link Vicki too, had to do with a guy she dated. The article is slightly misleading in pinning that on her. Finally, calling her a “Karen” is a stretch. She is opinionated and has disagreements with her son’s decision on vaccines, with his long-term health in mind. I think every mother has a right to have an opinion on a decision like that. Obviously, her son doesn’t care that much and includes mom in his dating profile.

Finally, without derailing this piece into a statement on COVID, I know many people who have gotten it and taken no or little medication, including Vicki, apparently. So the author calls her a “Karen” on one hand, but then when she’s not being alarmist, suddenly she’s “downplaying”? Can’t have it both ways if we are being intellectually honest, RealityTea.

That aside, the article does get some of its hot takes right. It asks the right questions about the kind of guys she falls for, and this is legitimate. Even best friend Tamra recognizes this in their back and forth on the now-famous Instagram thread. You can tell by the banter, she has Vicki’s interests at heart. But as a friend over the years, she herself is tired of the patterns and is rallying to help her friend through.

RealityTea’s hot take removes any empathy in the process by calling her a “hot mess”. In a world where we purport to care about mental health, maybe some grace is needed. After all, we follow the blueprints of our parents and our childhood, as dating and mate-seeking patterns are hardwired in us. The goal is to get better, but it’s a long journey.

RealityTea does get it right regarding Steve Lodge, calling out his inconsistency in his “comeback” statement. He displays classic projection, saying she’s telling lies for drama and attention. However, he himself has told a lie, saying that they were broken up long before, but yet, he was happy to use her to bankroll his gubernatorial run, or at least try to do so. Either way, he used her fame as the basis of his candidacy. During the summer and up until mid-September, he and Vicki were taking selfies and going on trips together. If Steve truly wanted it to be over and didn’t want drama and attention, he simply wouldn’t have engaged. That is pot-calling kettle black. When Steve and his campaign manager asked me to help, there was zero indication that they were broken up. In fact, she was very much a part of the discussions as to the basis of why he was a viable candidate, according to them.

For Steve to be revealing information that they hadn’t been intimate since September 2020 is beyond the pale. From the outside to normal and reasonable people, that statement was completely unnecessary and speaks more to his character than hers. I can empathize that his ego may have been bruised by the Tamra-Vicki back and forth, but did he really have to go that far? More importantly, is this how we want a gubernatorial-hopeful to act?

The bottom line and people in Orange County all know this, including a dear friend who warned me about joining his campaign: Steve’s reputation is that he was grifting off Vicki for years, and the receipts check out. All technicalities on the condo aside, if it’s indeed true that Steve had broken up with her in late December 2020, why was he still dangling a carrot and using her all the way up to the end of his gubernatorial campaign in September 2021?

This man was a gubernatorial candidate. He must be able to manage his personal relationships which he clearly cannot. He was also ok with dangling the impossible and opportunistically using her, if not financially, at least riding off her fame (and yes, she’s the more famous one) to help his run for office. This really is in line with a lot of issues I have had with Republicans running for office: there’s an integrity issue here. I have tried to give the benefit of the doubt here, but I see little room based on quite a bit of data. Steve is trying to rewrite history, but everything out there is well documented and says otherwise.

Steve himself wants the media attention. Nothing wrong with that, but he is doing what he is accusing Vicki of doing. There were many possible mature responses.  He could have refuted without revealing intimate details and going down the gutter by essentially trying to label her as desperate. After all, he was with her for 6 years. Is he trying to say, all that time was “work”?

The best response would have been to be bigger and rise above whatever triggered her to respond on Instagram. She was clearly hurt and blindsided by the new information, which doesn’t speak well for him. By feeding the fire and sniping at her, it shows how petty he is, but most importantly, not politically savvy, and definitely ungentlemanly.

The details of the fight are a great window into the soul of both parties.

Verdict: Vicki has to work on herself and be comfortable single or she will attract men that will grift off her and use her. She needs to take responsibility for her part in the dysfunctional dance and learn to read the right cues. But I can cut some slack because she fell heavily and he did propose to her in 2019, and this was not a fly-by-night relationship. 6 years was invested in, by both parties.

Steve’s behaviors since the purported breakup in September 2020, a full year before actually moving out and severing ties, show without a doubt, he wanted it both ways and was ok leading Vicki on, for a good 12 months. This speaks poorly for his integrity, especially if he wants to run for elected office.