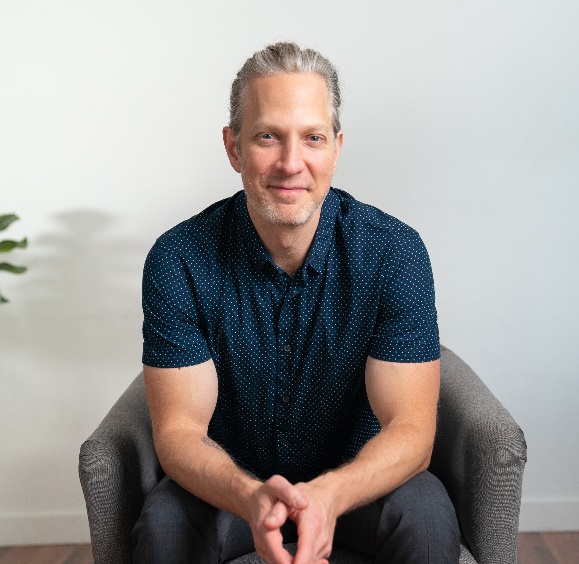 Los Angeles, CA (The Hollywood Times) 4/5/22 – Randy Spelling grew up in a 56,000 square foot Holmby Hills mansion dubbed “Spelling Manor,” and listed at the time as the largest home of record in Los Angeles County. The son of Hollywood royalty, the late mega-television producer Aaron Spelling and his wife Candy, and younger brother of 1990s 90210 television star, Tori Spelling, Randy struggled to find his own identity within a matrix of excess.

Falling prey to young Hollywood trappings, Spelling admits that he began going to clubs at age 13 and using recreational substances as a substitute for self-confidence. He tells during this interview that he came close to death a few times. It wasn’t until his father’s 2006 passing that Randy Spelling made some bold moves to remake his life. He got into therapy, got clean, settled down with wife Leah, and relocated to Oregon where he is now a successful Life Coach. 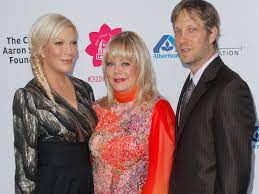 The following are excerpts from the latest episode of the Allison Interviews podcast with host and entertainment journalist, Allison Kugel, interviewing Randy Spelling. The full podcast episode is available on Apple Podcasts, Spotify; and on YouTube. This interview is also available to publish in its entirety for print, as well as the excerpts below. *If you use any of the following excerpts for a story, please credit Allison Kugel and the Allison Interviews podcast, and either link to, or embed, the episode.

On who Aaron Spelling was as a dad, and his dad’s best advice:

“He was poetic, sweet, soft, caring, creative, and at times, simple.  Some of my best memories with my dad were cleaning up dog poop in the backyard on a Saturday, something we would do.  He would be in his robe and have his pipe.  I would be in my robe and slippers, and I would go out there and help him.  Certainly, people could have done that, but that was something when I was little, he did, and we did together.  We would go to the beach sometimes during the summer and he would work from home for the week, and we would fish.  It was those simple pleasures that we shared.  That is a lot of what I remember.”

“He used to say something that was so comforting.  He used to say, ‘This too shall pass.’ For some reason, the way that he said it with his voice, his tone, it was always comforting to know that what you’re feeling is somewhat temporary.  It feels huge in the moment, and it is going to change. That was one that I always carry with me.”

On beating addiction, finding his own way, and becoming a life coach: 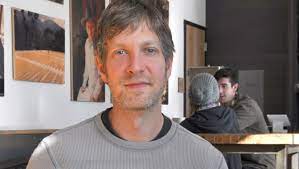 “I was doing a cocktail of things that were pretty dangerous and there were many times… I have some horror stories where my friends thought I was going to die.  They broke down my door once, maybe twice.  I would wind up on the side of the street midday, and the fire department is standing over me asking, ‘Are you okay?’ It got really, really dark and then I changed.  I got clean and thought, ‘Who am I?  What do I want to do?’”

“I started my practice right around when my father died in 2006. That was sort of the straw for me.  ‘Okay, this is it. I need to change.  I’m either going to die or I’m going to change.’  I did, and I got clean, and after that I thought, ‘I have a lot of self-work to do. Why did I even reach for those things in the first place? What was I trying to find?’ I did a lot of self-work all through that period, but as you know, when you are deep in the throes of addiction it is really hard to make any headway.”

“I was someone who needed to find my way.  I had to go to therapy and work some things out. I was sort of blaming everyone else and everything else around me.  At some point what led me to this work is, I was not getting anywhere with this. It was like, okay, so I had this or I didn’t have that.  It was hard trying to fill my father’s shoes and my parents were busy.  I would have liked to have had more time with them, which I’m sure a lot of kids feel.  It really defined the way that I looked at my childhood and I painted one picture and ran with that picture.” 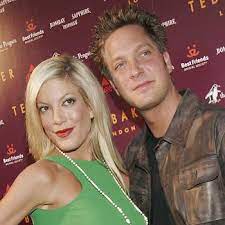 “I had all of this [stuff], but really there was a lot of pressure just from people thinking I was going to be this or be that, and there were a lot of times where I lacked a sense of purpose.  I didn’t feel enough in many ways.  I was insecure.  I had this one static picture of my childhood. Then as I started growing and started doing this deep inner spiritual work, all sorts of things started to come to life and it was amazing how I could remember all the good things.”

“Yes, it was a crazy childhood. I saw celebrities, I was going to wrap parties, and life moved pretty fast for me at an early age.  I was getting into clubs when I was thirteen, fourteen years old.  But there were some incredible, beautiful family moments and things that my parents did for us because they loved us, they wanted us to be happy, and they wanted to see joy on our faces.  So, I could see the whole complexity of it.”

“She is also creative, sweet, and we don’t see each other as much as we would like. I’m up here [in Oregon] and she is down there [in Los Angeles].  Our lives are very busy.  We have families and children, but I think there is always an anchor point of, if something really goes down there will be a reach out on either side. There have been times where she was scared to fly.  She used to call me and say, ‘I’m scared. I want to talk to you.’ We’ve kind of gone in and out of being super close and then not as close, because of where we are at in our lives. But there is always a knowing that I can reach out to her and she can reach out to me, and we’ll be there.” 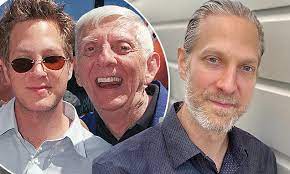 On the moment as a kid when he thought he wanted to try acting like sister Tori:

“We were in Las Vegas and my whole family was there.  We were in Caesars Palace in the Forum Shops, and my dad and my sister where getting mobbed. Literally, 300 people were crowding around and there was security, and I just stood back and watched.  Even though I had been around it, something clicked differently in me when I saw people engaging with my sister, engaging with my dad, giving them hugs. I saw people leave that interaction just filled with life and excitement. I thought, ‘Wow! What a beautiful way to connect. If I’m an actor and I can influence people like that and have that outcome, and that would feel amazing!’ And I think a part of me also thought, ‘You would be special.  You would be important.  You would matter.’”

On just wanting to blend in with his peers as a kid: 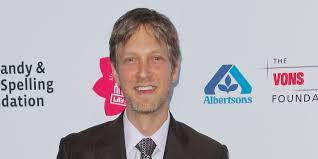 “I just wanted to fit in.  So much of the time I remember wanting to play against what I had or who I was, because I just wanted to be liked.  I just wanted to be accepted.  I didn’t want to be treated any different, and I was super sensitive as a kid. I was always reading the room and thinking, ‘No, I’m just like you.’ In a way that is a hard thing to do. It was really important for me to fit in and be liked and accepted. I really tried to become who people wanted me to be in the moment. My journey was really trying to find who I was.”

On feeling insecure and unworthy of his early television career:

“I did some of my dad’s television shows and went on to do other things.  At first, I didn’t think too much of it, but then I remember the first time I was on 90210, I wasn’t really nervous or anything even though I was a fan and watched it, but later on I started to develop this inner critic; this voice that would tell me, ‘People on set are judging you.  Randy, you have to be on point and bring it. Know your lines and never mess up, because everyone thinks you got this because of your dad,’  which I did, but instead of just wearing it and saying, ‘Okay, someone just gave me an opportunity and I’m going to run with it,’  I was insecure about it. I thought, ‘You didn’t earn this.’ And that was the hardest part for me, was thinking this was given to me.  I didn’t earn it, so I never really felt good enough.” 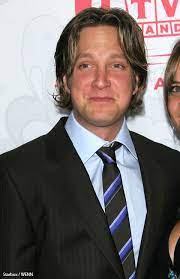 On growing up as part of a famous family:
“I think it is a natural human instinct to look and think, ‘Oh, it must be so nice to get a reservation whenever you want, to be on a boat, or private plane, or this or that.’  You can’t help but compare, but it’s not for everyone.  I’ve experienced all sides of it.  it is really difficult to have a spotlight on you and walk into a place and have all of that attention on you, knowing that everyone is looking at you. That is a head trip in and of itself, because instead of just being you, it’s hard to see yourself through the lens of everyone else. ‘What do I look like right now? How am I appearing?  Am I doing something good or bad?’ That is so hard for celebrities to deal with.  People say, ‘Oh, it comes with the territory,’ without the empathy or compassion that [celebrities] don’t have a really sturdy foundation of how to navigate that, because that is not taught.  It just happens overnight, and people’s lives change. It’s hard to navigate.”

On facing the realities of money when launching his own life coaching career on his own: 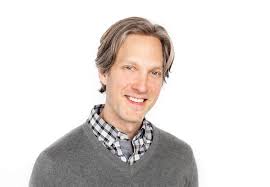 “It’s true that I was never at the point where I thought, ‘I’m going to be out on the streets next month.  I don’t know how I’m going to pay my next bill.’ I’ve never had that, but coming from where I came from where I could do and have pretty much anything I wanted, within reason… I mean, it wasn’t raining thousand-dollar bills from the ceilings at home (laughs), but I always went to dinner.  I could buy whatever I wanted at the market.  I didn’t have to be as price conscious. Then doing it all on my own, starting my own business, having a family, having a home; all of that stuff adds up really quickly and I would be really stressed about how much things cost. Then I became really hyper focused on, ‘Oh, that’s $4.19, or ‘Can you believe the price for that bag of chips? They put it up to $6.40!’”

About Journalist and Podcast Host Allison Kugel
Allison Kugel is a veteran entertainment journalist with close to four hundred long-form celebrity and newsmaker interviews published and syndicated, worldwide. She is author of the memoir, Journaling Fame: A memoir of a life unhinged and on the record, and host of the podcast, Allison Interviews, where listeners can tune in to hear the full conversations behind Allison’s print interviews. Watch and embed the entire interview video with Randy Spelling @YouTube. Listen to the audio podcast on Apple Podcasts, Spotify. Follow Allison Kugel on Instagram @theallisonkugel and at AllisonInterviews.com.