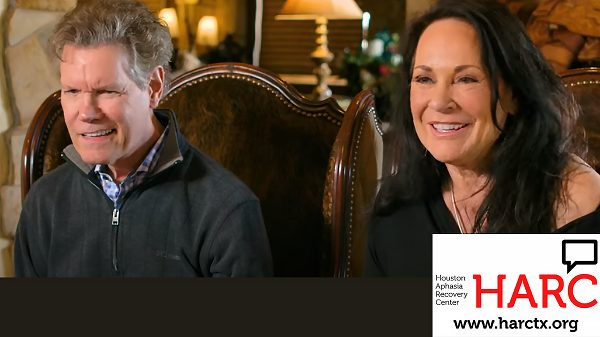 Over $150,000 Raised to Benefit Stroke and Brain Injury Survivors with Aphasia

HARC is a non-profit wellness center for persons with aphasia, difficulty with communication, speaking or understanding words, as a result of a stroke or brain injury. HARC creates a safe haven where participants engage in supported communication, therapeutic socialization, recreation and camaraderie to fully participate in life. As HARC continues to feel the impacts of the COVID-19 pandemic, funds raised at the annual “Let’s Talk” Luncheon are more critical to the success of the nonprofit this year than any before. Learn more about HARC and donate at harctx.org.

HARC had over 4,000 views of the Let’s Talk Luncheon in addition to 15 different watch parties throughout the week. Additional virtual attendees and underwriters included Kristi and Ken Breaux, Dr. Alex Dell and Dr. Rita Justice, Sabrina Espinoza, Ginny and Alex Jackson, Annette and George Strake, Lindy and Larry Neuhaus and many more.

With lifetime sales in excess of 25 million, Randy Travis is one of the biggest multi-genre record sellers of all time and a recent inductee into the Country Music Hall of Fame class of 2016. His honors include seven Grammy Awards, 11 Academy of Country Music statuettes, 10 American Music Awards, two People’s Choice awards, seven Music City News awards, eight Dove Awards from the Gospel Music Association and five Country Music Association honors. In addition, three of his performances earned CMA Song of the Year honors: “On the Other Hand” (1986), “Forever and Ever Amen” (1987) and “Three Wooden Crosses” (2002). To date, he has 22 No. 1 singles, 31 Top-10 smashes and more than 40 appearances in feature films and television shows to his credit. Four of his albums are Gold Records. Four are Platinum. One has gone Double Platinum. One is Triple Platinum and another is Quintuple Platinum. In 2004, Randy was honored with his own star in the Hollywood Walk of Fame and is honored on the Music City Walk of Fame in Nashville, TN. He has been a member of the cast of the Grand Ole Opry since 1986. In 2017, Randy was honored with a wax figure at Madame Tussauds™ Nashville. Since his near fatal stroke in 2013, with the help of his wife Mary and rigorous physical therapy, Randy continues to make improvements in his speaking, walking, and yes, singing. With the help of author Ken Abraham, he released his critically-acclaimed memoir in 2019, Forever and Ever, Amen. For more information please visit RandyTravis.com.