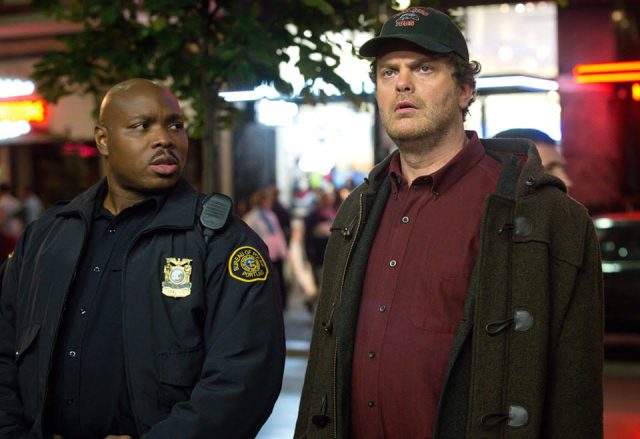 New Jersey (The Hollywood Times) 9/14/21 – I have seen people post nice messages about another person before but this one from Page Kennedy for Rainn Wilson seemed extraordinary.  Page Kennedy, who I can remember the most from his stint as gangster drug dealing murderer “U-Turn” in Showtime’s Weeds.  But the key to this story is remembering him co-starring with Rainn Wilson as Detective Moto on Fox’s short lived crime show Backstrom.  If you were able to see Backstrom before it was canceled after 1 season you’ll find Kennedy’s note even more uplifting. 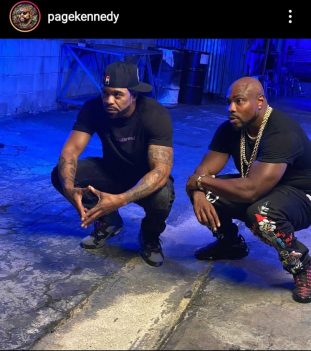 Kennedy posted an open letter on his instagram in which he does the “#flowerschallenge” and you can read about the amazing connection they have accrued over their many years of friendship.  Kennedy takes a break from shooting a music video with rapper and actor Method Man to pour admiration onto Rainn.  This could be seen as some kind of marketing move or a way to gain exposure for his music.  I’d argue that they’re on a higher echelon of fame where that point becomes kind of mute.  What else are you supposed to do on social media and instagram besides marketing your career?  Method Man is also known to have very strong connections in the entertainment industry so for him to take on a project with Kennedy says a lot about Kennedy’s work ethic and talent.  Kennedy also has been active on film since 2001 which gives him around 20 solid years of work experience.

Backstrom was a special experience for me because it was a second act for the Office’s Rainn Wilson.  Rainn would finally return to television weekly and bring something special to the screen and it was often shared by Page Kennedy.  The show has been billed as being a kind of House wannabe where Rainn is doing his best Hugh Laurie.  I didn’t find myself feeling that way from the show but instead I was full of excitement at how much of an anti-hero Rainn’s character was.  I enjoyed the quirks of the character just like when he played Dwight Schrute on NBC’s The Office.

A #flowerschallenge is an interesting challenge because it is not as easy as you would think.  Can you imagine informing the world of your special relationship with another person that may surprise those who hear about it.  You get to reveal the things you find special in another person publicly as to give them their “flowers” otherwise it may go unnoticed by the masses.  I think in some ways that can take away from how special it is.  But in this case with Page Kennedy, he has written something that we can only imagine.  I’ve included an image of the instagram post in this article to inspire others to give flowers to those who they are due.