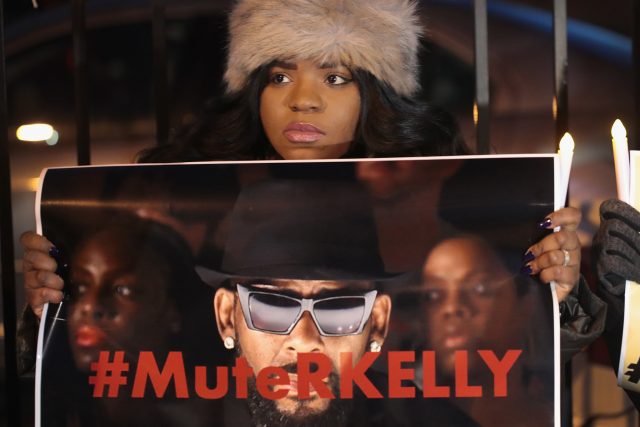 Canceling His Music Is The Incorrect Response.

Los Angeles, CA (The Hollywood Times) 9/30/21 – Hard to believe this but #MeToo is looking more and more like a right wing conservative movement. From R. Kelly’s recent indictment to Rose McGowan coming out in support of the Newsom recall, to the takedown of Harvey Weinstein and Bill Cosby, the sad reality is the disingenuous narrative of some big bad faceless “white conservative suit” puppeteering Hollywood perversion is patently false. 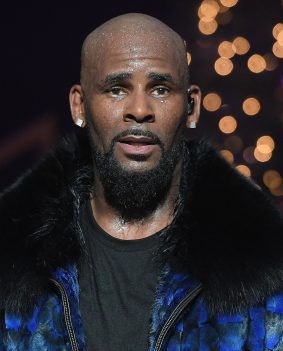 The inconvenient truth and sad reality is that when you dig deeper, it is a multi-color group of powerful entertainment figures from left-heavy Hollywood that have abused young women and men, along with their staff and insiders that have turned a blind eye to these indiscretions. In addition, many victims and their families did the same, knowing the fruits of the gravy train by popular figures like R Kelly with consistently huge hits that have become part of our everyday culture like graduation staple “I Believe I Can Fly” or club banger “Remix to Ignition” or the brutally honest “Bump N Grind”. R Kelly was hiding in plain sight.

I find it fascinating to watch the response to this. R Kelly’s defenders are screaming that this about race and they’re targeting a powerful black man in entertainment. I think for the public and everyday person who is not blinded to the sycophantry of a music star or focused so heavily on race, this was not entirely shocking. From his high profiled marriage to underage teenager Aaliyah at the time and his music and documented scandals over the years, the result was not surprising but it was more like, “we finally came to a decision and verdict? It’s about time”. In fact, one can argue that this took way longer than it should have, and has blunted what could have been, a greater public outcry against him. So once again, race baiters, it’s not about race.

The #MeToo movement, which was born out of women’s marches and the political left, has now, in the last 4 or 5 years, proven to be an internal problem from the left. Harvey Weinstein was a big Democrat donor and activist (no pun intended). So is R. Kelly, who actually wrote a sappy song for President Obama. Rose McGowan hit this perfectly with her speech at the Luxe hotel which I covered a few weeks ago. The people that hurt her, she realized, were her own Democrats. The perpetrators came purely from one side of people, who were the ones who claim to be most loving and “tolerant” and “diverse”. If diversity is including the type of people like R Kelly, I’m out. That’s why I myself left the liberal camp many years back because I started to actually observe actions and their correlation with political beliefs through the many I encountered. Of course there are outliers, but in a macro sense, the left stopped caring about actually living out their ideals. It was about feeling good in the moment. This is why R. Kelly’s very extensive operation could sustain, continue and grow like it did. Zero checks and balances or self-auditing.

Upon prolonged and continued observation of our latest political scandals in Hollywood, which is itself a one-party state, the evil that social conservatives rail about suddenly rings true and is less hyperbolic than it first seemed when we said “oh, they’re overreacting”.  President Bill Clinton, who became a revered celebrity in Hollywood in the 90s, was emblematic of the shift that was occurring. With family values down the toilet, the behavior from our entertainment industry has become more and more perverse than just a hummer in the Oval Office.

Reading the details of the R Kelly case has been horrific, even by today’s standards. The human trafficking rings and enablers that allowed R Kelly to commit all these crimes and hurt multiple families, messing up the lives of the young victims, goes to show that the powerful cabal protected their own.  Our nation’s power base is no longer with politicians. The response to R Kelly, even those who defend him, show exactly how influential he is. He was of my generation, I grew up with his music. R Kelly was one of the first to get me into R&B with his smooth jams and catchy tunes. “I Believe I Can Fly” was my high school graduation song. The people uplifted in the 90’s in the music and movie industries were probably more powerful and influential to a generation than the actual politicians and leaders.

Today, politicians continue to model Clinton and Hollywood’s values in interesting ways. Assemblyman Phil Ting of the Bay Area had an extramarital affair and it led to hijinx on a sweeping statewide bill, AB-5, that ruined self employment jobs for many industries, based on his mistress’ citizen testimony, a South African immigrant, Carmel Foster. Yet, because of the control Democrats and the left have over the state and the people’s yawning response to sex scandals (it happens so frequently on their side), it was swept under the rug and barely covered by media. Hollywood is to blame for this. The bar is so low now. Now, the only thing that may make news, besides a big figure like R Kelly being convicted, coming from hypocritical left is the juicier and finer details of this news story, which is the incidence of sex trafficking and those kept against their will in dark dungeons. I hope as a society, we can still be shocked and empathize with those hurt by this.

On a final note, canceling his music is silly. Just like tearing down statues, it is unnecessary and we shouldn’t forget our history, good or bad. It is how we learn and become better. R Kelly symbolizes the excesses of Hollywood and at the time, a music industry which enabled all this nonsense to go on.  This is not racist. We should hold people accountable for their behaviors. Thanks to #MeToo, we struck down Harvey Weinstein and R. Kelly.  Evil is color blind. Rest in peace, Aaliyah…