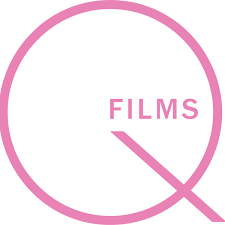 Long Beach, CA (The Hollywood Times) 9/9/19 – Q Films hit Long Beach last Thursday, and didn’t slow down for the duration of the weekend. From Thursday night’s Opening Night Party, to the Friday Night Party, to Sunday’s iconic Women in Shorts, it was a weekend to remember. Since 1993, the festival has been ‘dedicated to screening films which showcase the magnificent diversity of the LGBTQ community,’ and they’ve done their job admirably.

Once Thursday’s opening events (the party, and Nelly Queen) were out of the way, the celebration only seemed to get bigger. Friday night hosted yet another party at the Center, and Dykes, Camera Action and Making Montgomery Clift at the Historic Art Theatre were additional draws.

Saturday saw an early start for revelers, with ¡GAYTINO! MADE IN AMERICA hitting the screen just after 10:00 AM at the Art Theatre.  Dan Guerrero brings melds his two worlds into one in a solo act including both storytelling and song. This funny, emotional and provocative film of the outstanding autobiographical play takes viewers through years of Mexican-American attitudes and history, and the gay experience from one very personal perspective. The screening included a dynamic post-show Q&A with star Guerrero.

The Queer and Trans Shorts Program continued through mid-day and the afternoon. This program cast a spotlight on the diversity of life and experience for nonbinary individuals through seven outstanding documentary and narrative shorts. A post screening Q&A with Heather Acs (Flush);  Graham Kolbeins and Dorian Wood (Paisa); and Nava Mau and Chloe Webster (Waking Hour) followed.

Producer: Roy Wol, Writer/Director Flavio Alvares followed up their screening of The Garden Left Behind with yet another Q&A about the film that deftly explores  transition, immigration, and struggle in New York City.

Sunday saw a number of additional screenings, and closed with the expected closing party, and more importantly, the “Where Do We Go From Here” discussion.  Because while the road traveled may have been long and often difficult, the destination always promises to be even better.  And what better medium in which to sum it all up, than film?