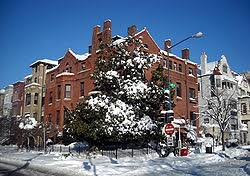 Emceed by board of director Steve Skrovan and Lew Schneider with Robert Weissman – the President of Public Citizen – as the special guest.

The muckrakers section was VIP only. That definition is given as: The term muckraker was used in the Progressive Era to characterize reform-minded American journalists who attacked established institutions and leaders as corrupt. Investigative journalists view the muckrakers as early influences and a continuation of watchdog journalism. Also as: A person who intentionally seeks out and publishes the misdeeds, such as criminal acts or corruption, of a public individual for profit or gain. Sometimes this information is linked to powerful businessmen.

Public Citizen is a non-profit, liberal / progressive consumer rights advocacy group and think tank based in Washington, D.C., United States, with a branch in Austin, Texas. They advocate before all three branches of the United States federal government with its five divisions which include: Energy, Global Trade Watch, Congress Watch, the Health Research Group and Energy (although the current presidency is the hot topic). The organization states: “We are the people’s watchdog in Washington D.C., fighting on behalf of all Americans.”

Ralph Nader founded Public Citizen in 1971 but has not been attached in any form since 2000. Public Citizen’s slogan is “Corporations have their lobbyists in Washington, D.C. The People need advocates too.” As explained on its website, its overarching goal is “to ensure that all citizens are represented in the halls of power.” It is a nonprofit organization unaffiliated with any partisan political activity, and it does not endorse anybody running for public office. It survives on donations from its 80,000 supporters and on other income, and it does not accept donations from governments or corporations.

The blend of comedy – while Robert Weissman stopped the laughs to get serious about our world at large – was a brilliant way to calm the senses… when the world isn’t making any. As he said, “It only takes 1% to make change and we’re doing that.” Weissman then went on to list many accomplishments recently made – a more comprehensive list is here: https://www.citizen.org/about/accomplishments .

The event raised $100,884 – breaking their record and were still counting before the show was over in their annual fundraiser!